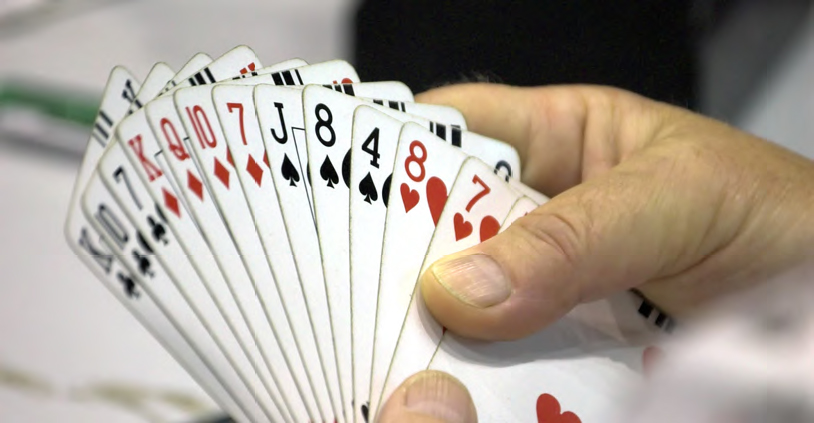 FOR PLAYERS FROM ALL OVER THE WORLD, THE BEST WAY TO GET TO HILTON HEAD IS BY BRIDGE

But to those in the know, it’s the language of love — right up until you’re sat. Then silence rules, lest accusations of table talk begin to fly.

“There is absolutely no communications (when you’re playing) other than the bidding box,” said local Silver Life Master-level player Marcia Cornell. And she means it. Cornell will be one of thousands of bridge players heading to the island Feb. 24-March 1 for this year’s Hilton Head Island Lowcountry Classic Regional at the Marriott Hilton Head Resort & Spa.

The American Contract Bridge League holds hundreds of tournaments all over the continent, with each drawing massive crowds. Among these events, the Hilton Head Island tournament holds a spot of high distinction.

“It’s consistently been among the top four or five in the country,” said event chairman Tom Schlossberg. “It’s an interesting thing about this tournament — Hilton Head Island is a very popular destination and even more so among bridge players. We’re kind of unique. I don’t know any other tournaments that offer an oceanfront setting like Hilton Head.”

Coming from as far away as Europe, players will flock to the island to compete for top honors. And their skill levels will range from complete beginners just earning their first gold points on up. All the way up.

“Some of the top players in the world come not only to play, but to give lessons,” Cornell said.

In addition to playing, Cornell will serve as a caddy representing the Shore Notes. Volunteers from Second Helpings will also be on hand as caddies, running boards between tables so players can remain seated during the game.

“We bring in about 30 staff members for the technical things related to the game, but a lot of the work is done by volunteers, including the caddies,” Schlossberg said.

And they will be kept busy, as the Marriott is transformed into a frenzy of activity during one of the bridge world’s biggest events. In fact, the tournament has grown so popular that this year is the first time in its decades of history that it will be held annually, rather than every two years.

“The American Contract Bridge League asked us to do it every year,” Schlossberg said. “It’s just such a successful, pleasing venue that we were happy to step up and support it.”

For more information, go to www.district7bridge.org.