The Hilton Head Symphony Orchestra has a larger budget and better outreach than its Delaware counterpart, Jordan said, even though this area is less populous than Wilmington.

Much of the credit for the HHSO’s success—and for finding Jordan— goes to its president and CEO Mary Briggs, who is retiring at the end of the year. Under her guidance, the orchestra’s reputation for quality and diversity in music programing grew, as did its subscriber base and concert attendance. During her 12-year leadership, the HHSO survived the financial crisis of 2008, which sunk many other city orchestras, and grew into one of Hilton Head Island’s leading arts organizations. Last year, the orchestra’s operating budget was about $2.4 million and a new 255-seat rehearsal and performance space, SoundWaves, opened. 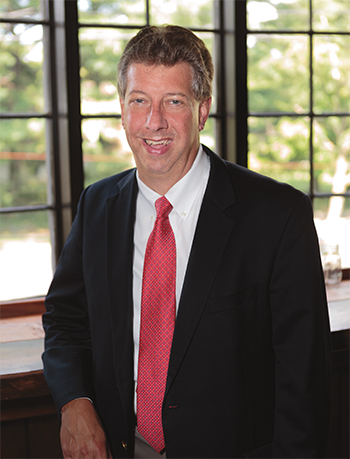 After Briggs announced her retirement, Jordan approached her at a League of American Orchestras conference and expressed interest in the position.

“I’ve known and respected him for 12 years through this professional organization,” Briggs said. “We’re colleagues.”

After visiting Hilton Head Island twice for interviews with Briggs, board chairman Bob Cherichella and others, Jordan was offered and accepted the job.

“I told Alan I’ll take him to lunch every week and introduce him to important people,” she said, adding that in retirement she plans to become more involved in volunteer work and will assume presidencies of the Hilton Head Rotary Club and the Greater Island Council within the next two years.

An important strategy for the Hilton Head Symphony is to develop many donors at the modest level, he said. 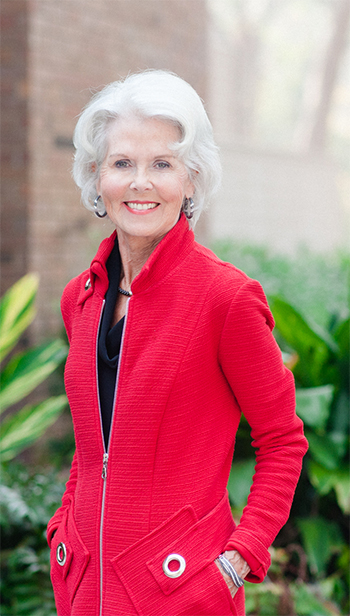 “My target for that new audience member is an empty nester,” Jordan said.

Jordan also brings to the HHSO years of experience with securing grants. Under his leadership, the Vermont Symphony Orchestra received funding from the National Endowment for the Arts. Jordan said he also has worked to secure the private endowments and corporate philanthropy.

The issue of a performance hall for the Lowcountry also is on Jordan’s radar. Currently, HHSO’s classical concerts and many of its pops offerings are held at First Presbyterian Church on Hilton Head Island, which seats 900. But some of the seats aren’t ideal for live classical music and the stage is too small for presenting an orchestra’s full breadth of music. Also, the HHSO isn’t able to serve food and alcohol at the church.

From Delaware, Jordan is working with music director and conductor John Russell and a committee of board members to plan the HHSO’s 39th season, which will continue HHSO traditions including a holiday concert, the Hilton Head International Piano Competition and “symphonies under the stars.

Jordan, a fan of rich, German “romantic music,” said his favorite composers are Brahms and Strauss. He enjoyed attending the Latin Grammys in Las Vegas last year after the Delaware Symphony Orchestra was nominated for an award.

He’d also like to present some lesser-known works on Hilton Head.

“They haven’t done any Mahler symphonies. They are not easy-listening but they are life changing. You have to program Beethoven. But a true test of how much trust you’ve developed with your audience is when they come to hear works they aren’t familiar with,” he said.

He hopes to present a variety of guest artists, composition periods, and music that’s local or has a connection to the Gullah culture.

Jordan said the Lowcountry has welcomed his wife Karen, who started as a music teacher at Joseph S. Shanklin Elementary School in Beaufort last month. The couple has a daughter, Katie, who is a professional French horn player in New York City and a son, Christopher, a graduate student at Cleveland Institute of Music and bass trombone player. The Jordans also have a golden retriever, who Alan is looking forward to taking to the beach.

“I’m ready to head South,” he said. “There were so many signs that this was the right move for us.”