On a recent weekend, with just a few rehearsals left to go before their big holiday concert, members of the Hilton Head Choral Society are hard at work.

As they practice in the sun-drenched dining room at the Country Club of Hilton Head, their attention seems to shift from Tim Reynolds, their longtime artistic director, to their sheet music. Paying close attention to the sheet music is critical: they’ve marked up every page in pencil to make sure they give Reynolds exactly what he wants from each alto, tenor, soprano, and bass when singing a particular bar of music. 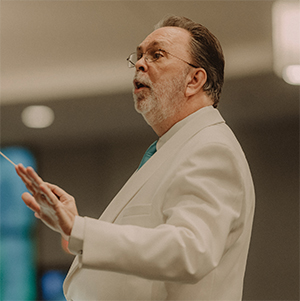 There is an easy camaraderie, but the choir is not goofing around. The concert -- their biggest of the year -- is a little more than a month away and there’s no time to waste.

Among the choir’s 85 members are six married couples, united by their love of music, which brings them to practice every Sunday night for two hours.

Sheryl Lowe joined the choral society in 2012. “I would be singing songs at home, and my husband, Walter, would join in,” she said. “One Christmas, I unwrapped one of my presents from him, and it was a program. I said to him, ‘What’s this? Did you buy season tickets? He said, ‘I joined!’ ”

Bill Thorpe, a member for four years, also joined the chorus after his wife, Judy, became a member.

“Judy would go out to rehearsal, and I would stay at home,” he said. “Then I started to come to rehearsals and wait for her. Tim approached me and said, ‘If you’re going to be here, why don’t you sing?’ ”

Bill has been singing since.

Rick Lazzari and Margie Lechowicz are newbies to the group, having joined in the last year. But for 25 years they have always sung together, in church and community choirs. And like every member of the chorus, they are devoted to the artistic director.

Maybe there’s something to be said for working together to ‘harmonize’ in a many faceted way,” Rick said. 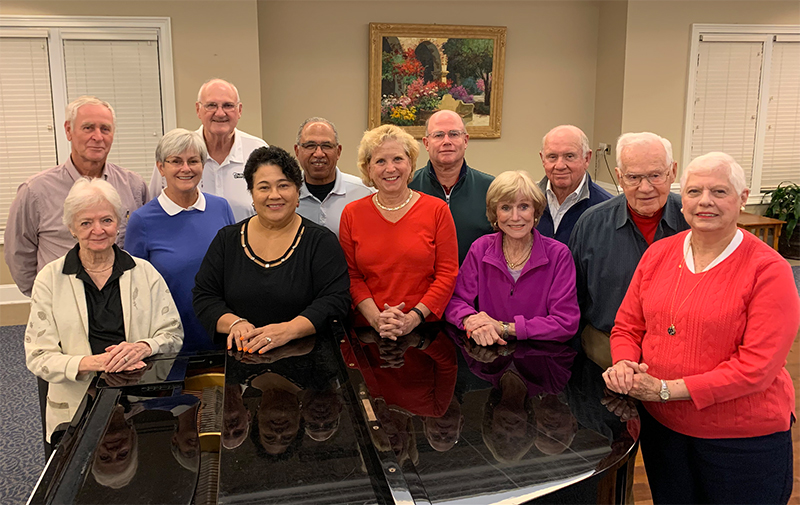 “I've always had married couples in my choirs,” Reynolds said. “We've even had a few romances develop within the HHCS over my 19 years.

For the couples, the happiness that singing brings comes into play before, during and after performances.

“After each concert, I just get this glow,” Sheryl Lowe said. “The two of us are just so happy with each other.”

THE SOUNDS OF CHRISTMAS

On Dec. 13, Tim Reynolds will conduct “The Sounds of Christmas,” his 19th Christmas concert as artistic director of the Hilton Head Choral Society.

Reynolds knows that the audience comes to the concert expecting holiday favorites, and they won’t be disappointed this year. At the same time, he is always hunting for a new twist on a traditional song. For example, this year the choir will sing “Jingle Bells” a la Mozart.

This year’s 90-minute concert includes 16 pieces for the chorus, including “Sleigh Ride,” “Have Yourself a Merry Little Christmas” and “Ave Maria,” among others, and two pieces for the orchestra alone.