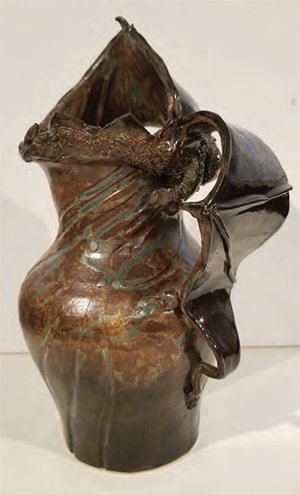 VOLUNTEER-RUN ART PROGRAM IS CHANGING THE LIVES OF ALLENDALE INMATES

When the Art League of Hilton Head hosts its newest exhibit, Transcendence, this month, the featured artists won’t be attending the opening reception on Aug. 7. But it’s not because they don’t want to be there.

They are, literally, otherwise detained — as inmates at Allendale Correctional Institution.

The eight artists on display are part of a group at the prison that calls itself The Advanced Artists of Allendale. They’ve dedicated themselves to learning new skills and trying new mediums — and along the way, they’ve discovered a new perspective on life.

“I’d been around drugs and violence my whole life. So the way art changed me is that it showed me that there was another way,” said inmate Terry B. in a recent interview with SCETV. Terry has been in prison since he was a teenager. “It showed me that I wasn’t this bad person; I wasn’t the environment that I came from. And it showed me that I had skills inside of myself that helped me to have self-esteem.”

But it’s not just the inmates who have found inspiration in art: Volunteers like Delane Marynowski say they’ve been equally inspired by the changes the art inspires in the inmates. Marynowski has been working with the inmates every Thursday for almost two years, providing the men with canvases, brushes, paints and other supplies — donated by volunteers and community organizations like the Art League of Hilton Hed — and bringing other advanced artists to the medium-security facility with her to teach the men about abstracts, Impressionism, color and light.

“It is an extremely humbling experience and not only has it made me a better artist, but these men inspire me every day to be a better person,” she said.

The Art League show is the first time the men’s work has been on display outside of the prison. Works include 3-D ceramic pieces, oil paintings, pastel paintings, pen-and-ink drawings and clay pieces — all by the self-taught inmates.

“The goal for these men is ultimately to be recognized as legitimate artists and see themselves as artists, and this show will help them do that,” Marynowski said.

The art program has given many of the inmates a creative outlet for personal expression — and a glimpse of a future beyond the prison walls.

Giving the men hope for their lives outside if prison is important, Marynowski told SCETV.

Some of the inmates have decided to donate any revenue from art sold at the show to The Advanced Artists of Allendale — a way to give back to the program that they say has changed their lives.

“Their self-confidence has improved so much, and they are so much happier,” Marynowski said. “They are healing their hearts and minds and are very committed to becoming positive influences in society.”

“Transcendance,” an exhibit of artwork by inmates at Allendale Correctional Institution, will be on display through Aug. 24 at the Art League of Hilton Head Island gallery at the Arts Center of Coastal Carolina. The Art League Gallery is open from 10 a.m.-4 p.m. Mondays to Saturdays and noon-4 p.m. Sundays, as well as 90 minutes before every Arts Center performance. An opening reception will be from 5-7 p.m. Aug. 7 at the gallery.