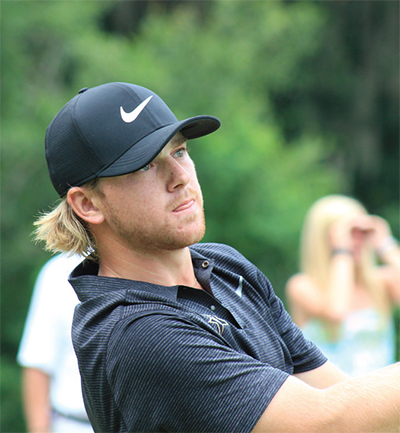 Bluffton once again welcomes the Players Amateur, one of the premier amateur golf tournaments in the world. The 20th annual tournament will be held July 11-14 at Berkeley Hall Club.

The winner will earn one of the highest amateur honors, as well as an exemption into next year’s RBC Heritage Presented by Boeing, South Carolina’s only PGA Tour event. Players Am past champions — including Matt Kuchar, Dustin Johnson, Rickie Fowler, Justin Thomas, and Brooks Koepka — have gone on to distinguish themselves on the PGA Tour.

John Augenstein of Vanderbilt University won the 2018 Players Am with a comfortable 4-shot lead over Andy Zhang of Florida State, the 16th-ranked player in the world. Though Augenstein finished the Players Am with an impressive 16-under four-day score, he went on to miss the cut at the 2019 RBC Heritage.

Admission into the Players Amateur is free and open to the public. Practice rounds start July 9; play begins July 11. For more information, go to www.playersam.com or www.berkeleyhallclub.com/players-amateur.