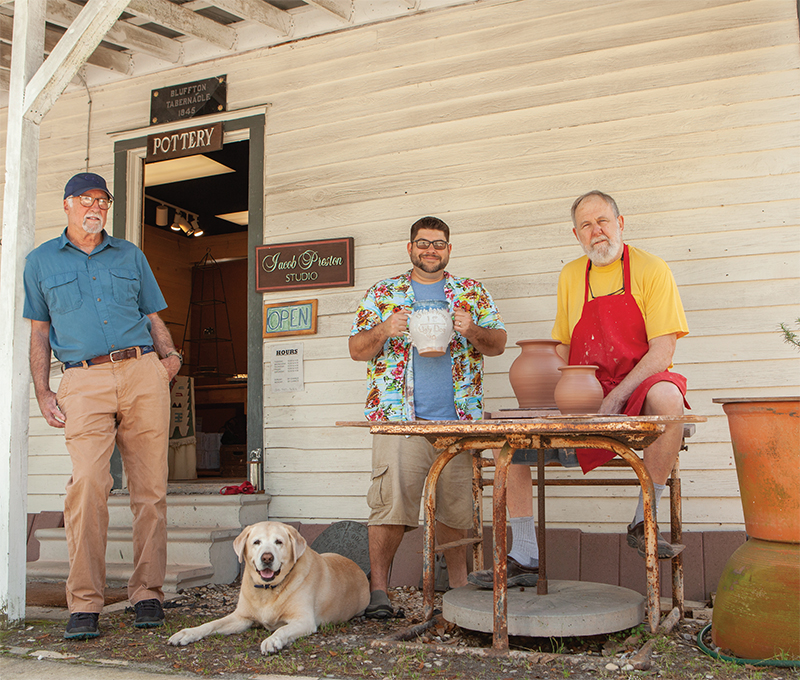 There’s been a tasteful, yet undeniably transformative, change happening in Bluffton in recent years. Sophisticated fine art galleries have sprung up among Old Town’s eclectic shops. Upscale dining has found a seat at the table next to stick-to-your-ribs barbecue and freshly shucked oysters. And it’s not unusual to find a sparkling new Bugatti parked alongside the beat-up old pickups and golf carts.

That’s not to say this change is a bad thing. Bluffton is nothing if not welcoming. But it does make it important to remember one thing: Bluffton is a state of mind. And that state of mind is, on occasion, a little eccentric. We’d even say downright weird.

“Bluffton’s always had a reputation for being a little off-kilter, which is fun,” said Richard Coffield, who has been an important part of Bluffton’s off-kilter mindset since he launched the Ugly Dog Contest 31 years ago. This annual canine celebration quickly became a highlight of the annual Mayfest — also known as the Bluffton Village Festival — and standard-bearer for Bluffton’s eccentricity. 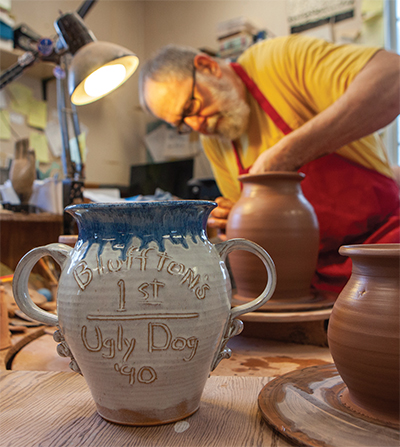 “We just wanted to do something different, and if we’d held a goat race, we would have had to buy insurance,” he said of the contest’s beginnings. “I don’t know; it was just a silly idea we ran with. I figured we’d do it once just for the heck of it, people would get a kick out of it and that would be it. But everybody liked it. More so than you would have thought.”

Now entering its 31st year, the annual Ugly Dog Contest has been a rite of passage for every proud owner of an unsightly pooch. Just don’t ask who previous winners have been.

“I know this will amaze you, but we don’t keep records on this,” Coffield said with a laugh.

The only record of the winning dogs exists in Coffield’s memory, and the memory of those who attend Mayfest. But a few do stand out. There was the inaugural winner — David Pinckney’s dog Striker (“I always told people he wasn’t that ugly, but then I saw a picture of him not that long ago and, yeah, he was.”) — and the time someone tried to pass off a goat as a dog (“Fortunately, Jimmy Cooler, our town vet at the time, was one of the judges and he was qualified to disqualify it.”).

“The Bush family had a long winning streak with an animal that may or may not have been a dog,” said Bluffton potter — and town icon — Jacob Preston. “Personally, I suspect some kind of rodent or badger with a serious skin issue.”

The first year’s prize was 50 pounds of dog food and a customized “Ugliest Dog in Bluffton” collar. The next year, Coffield “got really uptown with it” and had custom trophies made. But when Preston got involved, it took the Ugly Dog Contest to the next level. His one-of-a-kind creations have made the title of “Bluffton’s Ugliest Dog” a point of pride. 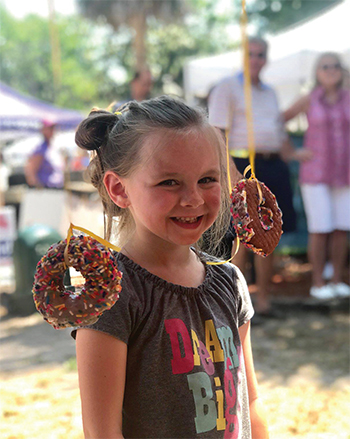 “Each year I forget to make the prizes until reminded by my more responsible associate, Brynne Bowler. By then, it is two or three weeks before the event,” Preston said with his trademark dry wit. “I make them, knowing they probably won't survive the accelerated drying process. They always do.”

This year, Preston plans on doing something a little different to commemorate what he refers to as a “passing of the torch.” And here is where the writer of this piece needs to break the fourth wall a little, in true eclectic Bluffton fashion.

Kyle Poplin, former editor of Bluffton Today and one of my mentors, once gave me a dressing down for putting myself into a story when I accidentally-on-purpose ate the historic 10,000th sandwich sold by Bluffton BBQ. Well, it sort of happened again. While speaking with Coffield for this story, he let slip that he’d been looking to hand over emcee duties for this year’s event. I accidentally-on-purpose volunteered.

I wouldn’t go so far as to call it a passing of the torch, so much as doing my part to keep the Bluffton state of mind alive.

The 31st annual Ugly Dog Contest will be held at 1 p.m. May 11 during Mayfest, between Calhoun Gallery and Gigi’s. I hope to see you and your ugly dog there.

Through the Eyes of Amos 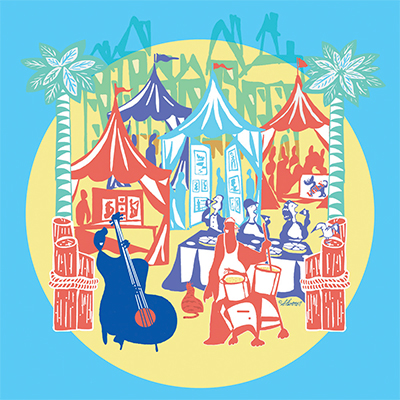 Long-time Blufftonians will remember Amos Hummell as the bright-eyed artistic whirlwind responsible for the “Living Color” shows that festooned Calhoun Street with vivid hues back in the mid 00s. The irrepressible artist is bringing that vibrancy and energy back for this year’s Mayfest, supplying the art for the official poster.

As for his inspiration, Hummell says, “Inspiration? Fantasy lands. Creating scenes that move people to daydream, wonder about, stroll through. Color me an escape artist. It's where I've been hanging out. Think I'll stay.” 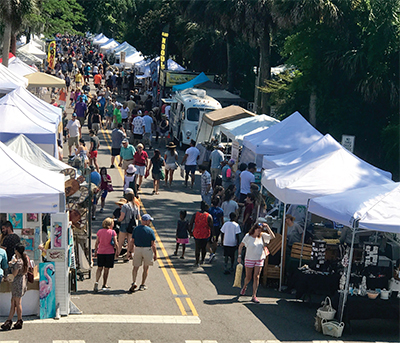 The 41st annual Bluffton Mayfest — also known as the Bluffton Village Festival — will be held from 10 a.m. to 5 p.m. May 11 on Calhoun Street in Old Town Bluffton. Here is the schedule of events: