For a brief window of time on the B train, clanging over the Manhattan Bridge from Brooklyn, you emerge from underground.

If you’re lucky, the sun is hanging mellow, setting slowly in high summer, casting distant transformers in a copper tone, its light bouncing off the skyscraper windows and following you. I climb the stairs of the Grand Street station onto Chinatown’s northern edge, its assortment of fermented market offerings greeting my nose straight on.

It’s more crowded here than anywhere else in the most crowded city of the country. Second only, probably, to Times Square during a tourist swarm. But this has a charm that feels local. Unlike Times Square, this area caters mostly to residents, each carving out a niche, migrating back each day to their small nest. I have to take the M14 so I walk up Chrystie Street, which follows the long and narrow Roosevelt Park lined with sycamores drenched in sun and the sounds of kids screaming with joy. It’s about 6:45, hot but not humid, and about the closest you can come in New York to a legitimate warm and fuzzy feeling. 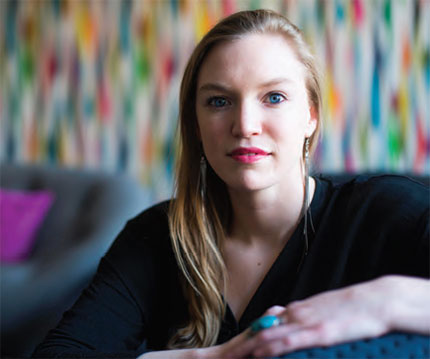 I walk past cat-only adoption clinics, herbal tincture shops, and street-facing food shops to Tompkins Square Park in the East Village. Some people have gathered in the center, starring in the same direction at what can only be a red-tailed hawk, pulling at fresh prey on a tree limb. Where am I? Carly Ledbetter, 25, walks towards me wearing a lime green Salty Dog T-shirt over leggings and rocking oil-spill tinted Ray-Bans. “It’s like you haven’t changed,” I tell her. She’s about my height and her smile is still bright as I remember.

Ledbetter and I are not long-lost friends. Our closest relation is through Mrs. Weitekamper’s psychology class senior year of Hilton Head Island High School, where we quickly agree she was the model student, freakishly organized to the level of color-coded pens, highlighters and binder separators, and I was the black sheep, sent to detention once for reasons we can’t seem to remember. I was practically the only male in the class and very much in the throes of puberty. Ledbetter was in a different world; she was entrenched in volleyball and committed to academics, a drive that seems to speak to where she is now, living in the East Village, an entertainment writer at Huffington Post, a job so competitive there’s practically an elimination round they euphemistically call a fellowship to get in.

We walk over to a shady bench deep in the back of a quiet gated enclave of the park. While this may be an interview, it’s hard not to feel that this isn’t just a pleasant meeting of two Hilton Headers. I set down my book, a collection of essays by David Foster Wallace that gets the conversation rolling. I tell her it’s his most accessible work, highly detailed and laugh-out-loud funny. She immediately takes notes like a true journalist, adding the title to her to-read list. Ledbetter tells me she started a travel blog while studying abroad in London that surprised her in its popularity. She went there to consider working in law and came back knowing she’d rather be a writer, synthesizing information, hip to goings-ons, conveying the world to others.

Ledbetter’s special blend of curiosity, work stamina, and superior organization makes her the kind of writer I am not, namely a professional, 50-hour week journalist. By the time my one article is published for the month, she’s already written more than 100. As serene as this afternoon is and as much presence she gives to it, this is only an hour’s reprieve from a lifestyle that would make me claustrophobic. Fitting just after a 10-hour workday (8 a.m. to 6 p.m.) and just before hitting the gym, this hour is relaxed but calculated, necessarily bounded on both sides. From the moment she wakes to the moment her head hits the pillow, she is on. And even then, she sometimes has trouble sleeping. I ask if she meditates, naps, or does yoga. She says yoga just seems like you’re not doing anything.Her preferred form of exercise is something like Soul Cycle, where a fit coach is yelling at everyone to step it up and models left and right are streamlining their already superior forms. It begins to dawn on me that Ledbetter may truly be a rare breed. Her success has little to do with luck and a lot to do with her focus and drive. Given her impeccable track record, academic prowess, four-year volleyball full ride, and this just in, the most-read Huff Post writer, wasn’t there ever a low point? The answer from what I could garner from one evening stroll was: hardly. There were the few months after college in Charlotte, outside of the tight-knit volleyball sisterhood of Elon University, not quite sure of what’s ahead. But soon enough, she mustered the courage to apply to the Huffington Post fellowship, to intern and essentially compete with others for her dream job. If there wasn’t so much of a personal low point as there was a tight squeeze, surely it was this. Having assured Huffington Post she lives in Manhattan, Ledbetter had to pack her bags quick when editors asked her if she could start in two weeks. Waving Charlotte goodbye, she made arrangements to stay with friends while searching for a place of her own. She lived awhile in Queens, taking the long commute to her new office. Sure, it was the loneliest time of her life, but she knew this squeeze was temporary. With grit garnered from years of competitive volleyball, competitive to the point of studying video of opponents’ every move, Ledbetter arrived earlier and stayed later, making sure Huffington Post had no choice but to hire her at the end of the trial period. 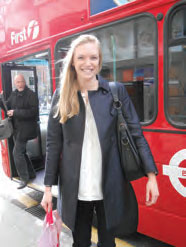 On the rooftop of her boyfriend’s East Village apartment, the sun is melting Manhattan’s skyline. It’s been a little over two years since we both took a chance on New York. For a brief moment, Ledbetter takes off her Ray-Bans, her eyes a liquid shade of blue a photograph cannot capture. Her success is just as hard to distill into words.

Editor’s Note: In this column, Hilton Head Island native Marco Frey catches up with young Hilton Head Island and Bluffton natives who are now making their mark elsewhere. The column highlights their blossoming lives and how their hometown helped shape who they are today. To nominate a person, email editor@hiltonheadmonthly.com.