“Currency is in short supply due to reckless over-speculation, and the stock markets have been weak all year. Suddenly, the public panics and begins a run on banks across the nation. In New York, thousands converge on the Knickerbocker Trust Co, which is forced to close its doors within two days. President Roosevelt asks his archenemy J.P. Morgan, to come out of retirement and deal with the crisis. Morgan and his friends import $100 million of gold from Europe to shore up the currency, and the panic is averted. The quick fix, however, does nothing to offset the Depression of 1907, which follows soon after.”

Upcoming changes make it an attractive option for some investors

It’s not too early to prepare for 2010, when an important change in IRA regulations regarding Roth IRAs goes into effect for highincome investors.

Beginning in 2010, the $100,000 modified adjusted gross income limit, or MAGI, limiting conversion of funds from traditional IRAs to Roth IRAs, is waived. This presents an opportunity for thousands of investors whose income eliminated them from even considering a Roth conversion.

Get the most out of Social Security

In our July column, we reviewed some general Social Security information as well as FAQs on rules and eligibility. In the second of this two-part series we will explore some lesser known strategies and situations that can impact your lifetime Social Security benefits.

Know what the future holds for your Social Security benefits

This is the first of two parts. Coming in August: Specific strategies to maximize your Social Security. This month: Frequently asked questions.

How safe is Social Security?

The trustees for Social Security and Medicare issued their annual report in May 2009. The report forecasts that Social Security will begin paying out more than it receives starting in 2016. At that point, the government would tap into the $2.4 trillion Social Security trust fund to cover promised benefits for at least a few more decades, according to the Congressional Budget Office.

Tough financial times can cause stress within families 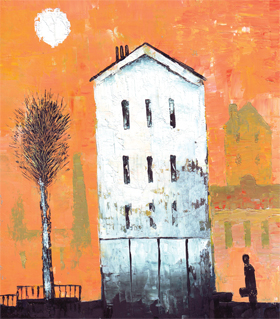 A ccording to a recent poll by Paypal, 10 percent of respondents said the role of the primary breadwinner has shifted in the last six months due to salary reductions or job layoffs. Money now outranks sex as a source of marital conflict by a 2 to 1 margin.

Many adult children, affected by troubles in the job or real estate market or seeking to support a struggling business, look to their family — usually a parent — for financial help. Sometimes, these are very short-term loans, but often the amounts or the time frame needed are much more substantial. The World Bank estimates that informal gifts and loans between family members total more than $300 billion worldwide.

A financial checkup is in order after hitting the Big 5-0. 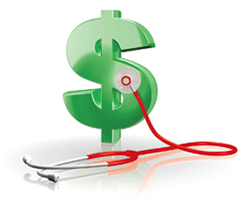 By the time you’ve reached your fifth decade you are hopefully well established, enjoying a lifetime of strong personal and family connections and a measure of financial security.

However, your confidence and your expectations for the future may have been severely impacted by the damaging recession of the past year and the ensuing financial meltdown.

You may be affected by depreciated values of your home and other real estate you own. If you’re still working, your job security may be in jeopardy at the worst possible time. If you’re retired, the reliability of your future income projections may be in doubt as the result of investment losses.

Here’s a last-chance checklist for the tax return finish line. 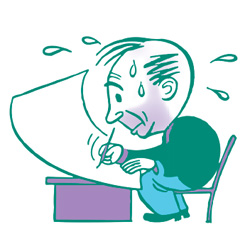 AFTER PLAYING PRANKS ON our friends, the following few weeks after the first of April is a time to sharpen pencils and do last minute number crunching; income taxes are due this month, and that’s no joke.

Here are our 10 timely tax items as we approach April 15th.

In late December 2008, one of the last pieces of legislation signed by the Bush administration made dramatic, tax-saving changes in the rules covering Required Minimum Distributions, or RMDs, from IRAs and other retirement accounts.

The Worker, Retiree and Employer Recovery Act included a provision that waived the requirement for minimum distributions in certain retirement accounts for the year 2009. This waiver applies to IRAs, 401(k)s 403(b)s and certain 457 plans, but not defined benefit plans. It also applies to inherited IRAs, when beneficiaries are taking required distributions based upon their life expectancies. 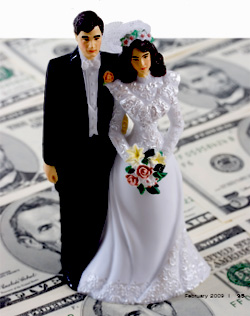 Did you ever wonder what your husband or wife might do with the savings you’ve accumulated together if your spouse were to outlive you and remarry?

Or if you have remarried yourself, how to provide for the support of your second spouse should you pass away.

It can be a challenge when doing estate planning to provide security and continuing support for your spouse, or second spouse, and at the same time assure your estate goes to your children. 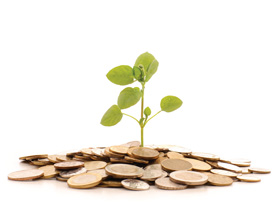 In the midst of market turmoil it makes sense to be aware of investment opportunities close to home, and know a little about the stocks of the largest publicly traded South Carolina companies and employers.

Based upon market capitalization (the value of all outstanding stock shares), the five largest public companies headquartered in our state are Scana Corp. (SCG), Sonoco Products (SON), AVX Corp (AVX) Blackbaud (BLKB), and ScanSource (SCSC). Computer Science Corp., (CSC) with facilities in Blythewood, is headquartered in Falls Church, Va., but is our largest non-government employer.