Strategies for maximizing your deductions in 2008. 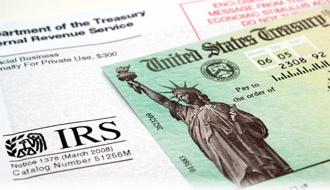 As we reach the close of a very troubling year for markets and the economy, astute investors need to use all the tools at their disposal to make the best of a bad situation and maximize their tax advantage. Here are some important end-of-year tax items we think are worth reviewing.

Second, plan deductions
Deduction timing is traditionally an important element of year-end tax planning, and is mostly a function of the standard deduction, and the limits on itemized deductions that are tied to adjusted gross income.

In cases where your itemized deductions are relatively constant and are close to the standard deduction amount, you might consider adjusting the timing of your expenses so that they are higher in one year and lower the following. An expense is only deductible in the year in which it is actually paid. If you pay by check, date the checks prior to the end of the year and mail them before Dec. 31. A promise to pay or promissory note does not permit you to deduct the expense.

State tax: If you anticipate a state income tax liability for 2008 and plan to make an estimated payment, consider making such payment before the end of 2008.

Charitable contributions: You can use a credit card to charge donations in 2008 even though you will not pay the bill until 2009. Again, a mere pledge to make a donation is not deductible unless it is paid by the end of the year.

Investment Taxes: Watch out for capital gains distributions. Getting a tax bill from a fund that may be down in value 20 to 30 percent this year may seem like adding insult to injury, but mutual funds must distribute realized portfolio gains and losses each year regardless of the total return of the fund.

Many funds are planning large distributions this year (taxable to you if not in an IRA or sheltered account) although the returns of the fund may have been negative. These can also result in increased tax estimates for 2009.

You might also consider selling a poorly performing fund early in December if it plans to distribute a large capital gain, and substitute a more tax-efficient fund.

Realizing tax losses in investments can be some consolation for battered investors. Remember, there are precise rules regarding selling and repurchase of like or equivalent investments for tax purposes. At least 31 days need to elapse between sale and repurchase for the IRS to accept the loss as legitimate tax offset.

Roth IRA conversions: If your IRA accounts have declined in value, it might be the right time to consider a partial or full Roth conversion. If you effected a Roth conversion early in 2008, when prices were much higher, you may want to undo, or recharacterize, your conversion, so as not to have to pay taxes on values which today are much lower than they were at the time of your conversion.

Steven Weber and Elizabeth Loda, Certified Financial Planner, are investment advisors for the Bedminster Group, a fee-only advisor providing investment and financial counsel to clients in the Lowcountry since 1997. The information contained herein was obtained from sources considered reliable. Their accuracy cannot be guaranteed. This is not a solicitation to buy or sell any securities. The opinions expressed are solely those of the author and do not necessarily reflect those from any other source.