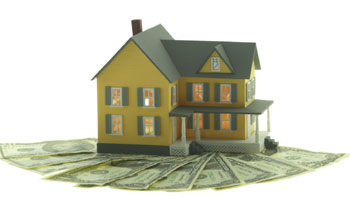 House Bill 4449, passed by the South Carolina State Legislature contains two bits of good news for those who have owner-occupied homes. Part I of Section III provides exemption from School Operating Millage. It states that 100% of the Fair Market Value for the 4% assessment ratio is exempt from paying for schools. The loss of revenue suffered by the school districts will be made up by a 1% increase in the sales tax.

This will encourage home ownership, and move much of the burden of funding schools to renters and tourists. This will mildly hurt industries which are sales tax sensitive, such as convention businesses, and places which thrive on tourism dollars, but it will reward those who own homes and actually live in them. It will also encourage renters to buy homes. Ideally, this would be a boon to the middle class and to residential builders.

Were it to influence those with split residences, someone from Ohio who owns property on Hilton Head or in Beaufort for example, to declare South Carolina as a primary residence, it could also provide a boost in state income tax revenues. There are safeguards in the bill to ensure that school districts which run deficits can increase revenue to make these up.

Section Four of the same House Bill, amended by Constitutional Referendum 4, provides even more good news for those in owner-occupied homes. This section puts a cap on real property values. It limits the increase in Fair Market Value to 15% over a five year period. There are exceptions to this; additions, improvements and transfers of title are not subject to this cap. This is good news for those living in areas in which housing prices have risen dramatically. The danger in this is the bill’s similarity to Proposition 13 in California which had an effect opposite to its intent. There, it actually discouraged residential development, leading to a housing shortage and the astronomical prices which still plague the state. On the other hand, it encouraged building in the financial sector. For the average homeowner, though, it will mean that property taxes cannot skyrocket and drive him off of his land.

Lawmakers will need to watch the results of these two provisions carefully. They are both regressive taxes which will benefit most those who already have the most. By shifting much of the operating costs of schools to a raised sales tax, they shift the tax burden to those who do not or cannot own homes and live in those homes.

It will, however, relieve the burden on the very homeowners who already pay the most in taxes. Lawmakers must also monitor carefully how schools are financed. In an ideal world, these provisions would actually help poorer school districts because their revenue would not be tied as directly to millage. When schools are funded solely by millage rates, rich areas always have more money for schools.

Overall, this is very good news for those in owner-occupied homes who have been feeling the sting of rising rates for years and limits the ability of the government to arbitrarily raise real estate taxes.