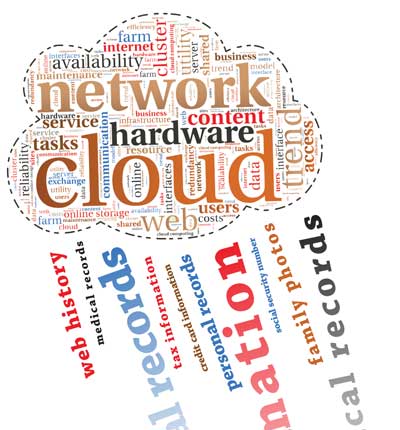 I vividly remember a time when you needed a specialized little laptop computer, that could only display five text lines at one time and needed to be hooked up to a physical telephone, to transfer a text message via the Internet to another registered user. All domain names and e-mail addresses could have been published into one very, very small phone book. This was 30 years ago, when Internet users were considered an insider society, one built on an unwritten ethic: Trust.

Thirty years later the Internet has permeated all facets of our lives. The Internet is literally everywhere we go, on the phone, at work, at home, in the car. Billions of people transfer trillions of packets of data on a daily basis to the point that a new addiction has been created: The addiction to constant connection to everything, at all times, at all costs.

But more serious than the fact that your social status is measured by how many Twitter followers you have is the fact that quite literally our lives are hanging in the cloud.

As you are aware, most data is not stored on your hard drive or on a server in your company any longer, but on a remote server referred to as the “cloud.” So what would happen if one day, speaking metaphorically, the cloud gets so heavy with bits and bytes that it can’t carry it any longer and it starts raining data?

Obviously I’m being a little facetious. But the fact remains, the important data you keep on the Internet is vulnerable to be compromised in the same way that the Chinese military was allegedly able to steal massive amounts of data from American companies.

All major arteries of how our society functions now depend on the Internet, including food and oil supplies, electronic fund transfers, communications and more. In 1982, the Internet was built around the idea that, while the data transfers can’t be trusted,  the people that would send and receive them can be. Obviously that has changed, yet we are using a system that was never designed to do what it does today and make ourselves dependent on it without having a solid back-up system.

If it sounds foolish, it is.

What is worse is that we are not only prone to human error but to malicious humans with the sole goal of wreaking havoc. Luckily, awareness of the risks has grown as the term “cyber attack” gets tossed around a lot lately in the media. Being aware of the risks is the first step for a remedy.

It’s certainly not a situation where we are simply helpless for all time. A secondary system of transferring vital data, that would not depend on the same protocols as the Internet,  is certainly viable. The only question remaining is will we get it done before we have a catastrophic meltdown, or do we need to experience the pain first before making it a priority?