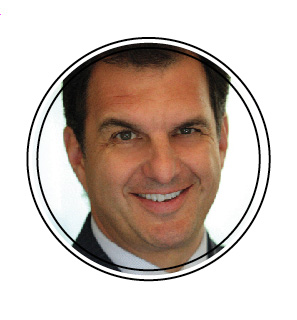 13 proven ways to get out of a ditch

If the rain made you dump your car in a ditch, forget it. Just call a tow truck and let it go. But if you are mentally in a funk, here are some things that might help you find a renewed zest for life:

13. Visit your favorite pizza store for lunch, have a glass of wine and call it a day.

12. Call somebody you feel safe with, meet up and dump it on them.

9. Start a new fitness routine and stick with it.

8. End your evening with some dark chocolate and a single malt scotch.

7. Walk the beach in the rain.

6. Help somebody who is worse off than you.

5. Remember what Scarlett said: “Tomorrow is another day.”

3. Follow the old idiom: Trouble is no trouble until trouble troubles you.

2. Tune out all media for 48 hours and enjoy the stillness.

Who looks out for the truth?

If big business buys politicians and politicians spend billions in media campaigns and independent media is almost a thing of the past and therefore threatens independent journalism, who then is left to look out for the truth?

The burden is on us to discern between opinion and facts. Independent thinking and research are now more than ever necessary to have an “informed opinion” instead of having an “influenced opinion.”

“The United States of America”

If two football teams with roughly an equivalent talent pool on each side would play a game, but one side was known for unity and the other team was known for their large egos and selfish play,  which team would you bet on: “Unity” or “Divided”?

So what makes us believe that being the Divided States of America is going to pay dividends?

Shame on both political parties for wasting billions of dollars (the combined funds raised for the 2012 election cycle between the two parties, national committees, congressional and senatorial committees is more than $2 billion and counting) to spread untruth and hatred among its constituents.

An acclaimed Australian professor for communications recently pointed out to me that he is astounded that the USA has no regulating body that controls political messages for their accuracy. In other words, that either side can knowingly make a false statement and, worst case scenario, take it back or apologize for it later (after the damage has already been done).

Here are two examples of the kind of utter nonsense that is being broadcast: In one ad, the Dems claim that Romney is responsible for a woman's life because her husband lost his job during a downsizing of a factory under Bane's capital control. Meanwhile, the Republican side aired a video where a special ops member is heard saying: I will have to go public that the President is leaking information to the enemy. How low can we go?

The only thing that was not funny about Will Farrell's latest comedy, “ The Campaign” is that, unfortunately, it was not that far from the truth.

The wars we can’t afford

Talk to anybody that had spent a tour or two in Afghanistan or Iraq and it is likely that they will tell you, “When we leave, it will go back to chaos.”

In the meantime, the cost of occupation is approaching $1.5 trillion: Money that would have been better spent on our homeland. The scary part is that neither candidate seems to be particularly concerned about involving the U.S. in yet another conflict (Syria and/or Iran). When is it going to dawn on Washington that the focus needs to be stateside and not abroad? What ever happened to the principle of clear and present danger? What makes Washington believe that we are in a race for global supremacy when, in fact, we need to ensure the prosperity of our own nation?

If doctors know the prescription to fix our health care system why is nobody listening?

The organization Physicians for a National Health Care Program is recommending the following:

“The U.S. spends twice as much as other industrialized nations on health care: $8,936 per capita. Yet our system performs poorly in comparison, and still leaves 50 million without health coverage and millions more inadequately covered.

“This is because private insurance bureaucracy and paperwork consume 31 percent of every health care dollar. Streamlining payment through a single nonprofit payer would save more than $400 billion per year, enough to provide comprehensive, high-quality coverage for all Americans.”

In talking to an emergency room physician I was able to confirm what I suspected through personal experience: Our emergency rooms are being used by people that are uninsured and in many instances not for an emergency but merely as a last resort to get treatment. There is a cost for that. One which we all bear. Many companies that offer health benefits have seen their premiums rise by double digits, year after year, making health care a proportionally larger portion of the cost of employing people. But this is not a merely a business problem. Ultimately it is a problem for all insured that health care costs are becoming increasingly difficult to afford.