TO DEFEND AGAINST EMERGING THREATS

When we decided to move permanently from Switzerland to the U.S. in 1991, I viewed the country as one of the safest places on earth. It produced enough food to feed its population without having to rely on imports and it had a superior military power to dwarf any attacks from adversaries.

Three decades later my view has been altered, and I’m concerned about three different type of threats, none of which can be countered with conventional defense capabilities.

The 9/11 attacks were the first time I felt that the shield had been pierced. Before then it seemed inconceivable that we could be attacked on our own soil without enough advanced warning to prevent it. Since then, the threat from foreign terrorist attacks within our own border has diminished, but there are new emerging dangers we have to face.

The first is cyber hacks from foreign countries, especially the ones believed to be sponsored by the Russian government. 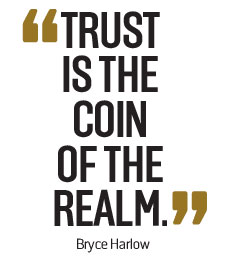 We just got word that several government agencies experienced hacks to their computer systems that are considered “unacceptable risks.”

These incidents are not new; a more complete list (53 pages) of cyberattacks can be found at www.csis.org (Center for Strategic and International Studies).

What vexes me is that we are the leader in computer technology and the military reportedly has massive cyber-attack capabilities (the Georgia Cyber Center in Augusta, a new $100-million, 330,000-square-foot campus is part of the effort to strengthen our competence).

So why can’t we protect our own cyber borders?

The second is more speculative, but I started to notice that China is bragging how well the state-controlled communist system faired compared to the democratic West in dealing with the COVID-19 threat.

Of course, that is part of their political propaganda, but I suspect that the increasingly aggressive and adversarial Chinese apparatus is analyzing the advantages of using bioweapons, where a central authoritarian system is better suited to mount a defense compared to a decentralized system where a uniform reaction to a crisis is more difficult to organize. (Switzerland has not fared better than the U.S., exactly for the same reason; the independent counties could not agree to an identical approach of how to deal with the coronavirus).

The third is the threat from within.

In October, the FBI stopped a plot to kidnap Michigan’s governor —a downsized plan that originally intended to storm the state house. In the aftermath, 13 people have been charged.

I can’t help but think that similar forces are plotting other scenarios that could lead to mayhem. While it is unlikely that any of these home-grown para-military groups will reach their goals, it is nevertheless very disturbing that there are organized and well-armed forces at work that will attempt to threaten our national security.

As a nation we are more than capable of devising answers to any of these threats, but it all starts with the need to stop politicizing topics that are of national interest.

For this to happen, we all need to learn how to listen, accept different viewpoints, and in the end agree to an outcome and go along with it for the greater good of all, even if it means making a compromise to our own personal conviction. It is time to restore social trust because as George Schultz (who recently turned 100 years old), former Secretary of State, reminds us: “When trust was in the room, whatever room that was—the family room, the schoolroom, the coach’s room, the office room, the government room, or the military room—good things happened. When trust was not in the room, good things did not happen. Everything else is details.” (Read the full essay at hoover.org).