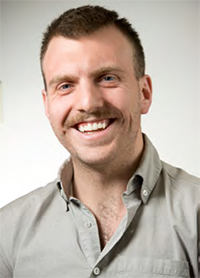 Today, it’s easy to hear the word plastic and think: Bad. We hear about the dangers not only to our bodies but also to marine life — and our Lowcountry. Our beloved sea turtles get caught in the rings of six-pack packaging or tangled in plastic fishing line. People shoot off illegal bottle rockets on the beach and the plastic tails float out to sea. Dolphins ingest bits of plastic from beach toys left in the sand. Plastic bottle caps and wrappers clog local estuaries. Plastic litter is ruining some of the very things that make the Lowcountry special.

How did plastic become so ubiquitous?

It’s time we slowed the hamster wheel and took the long view towards sustainable consumption habits.

It’s sterile and lightweight. It’s cheap, durable and can be molded into virtually any shape. It has done wonders for food safety and revolutionized health care. Without plastic insulation in electronics, the digital revolution would never have happened. And it’s provided a way to get drinkable water to regions where governments have failed to do so.

Let’s go back to the Victorian era. Before plastic, people pickled, brined or cured foods for preservation. But many people also died of food-borne illnesses, and many stored food in containers made with lead. They were eating locally and seasonally in a way we can’t imagine — mostly because they didn’t have the technology to transport products long distances without spoilage. But they still couldn’t be sure their food was safe to eat. Sure, you could buy food from a street vendor, but you had to be willing to drink straight from the same mug as the last patron.

I’m pretty sure none of us want to return to this scenario —and I’m not praising plastics. But before we can hope to overhaul a technology, we have to give credit to its utility — can we go without the conveniences it makes possible? Can we find less harmful alternatives that can scale up quickly in a globalized economy? Because plastic has a few fatal flaws: It doesn’t decompose for a thousand years. And though its negative health effects are subtle, we still don’t know the full extent of the damage its use has done to us.

I believe the rise of plastic is both a symptom and a driver of larger forces at play — the rise of global capitalism and the race to get ahead. It’s the idea that consumer goods should be made quickly and cheaply for the sake of convenience so that each individual can have a chance to improve their upward mobility. The dark underbelly is the massive amounts of waste we create and often hardly see (in the first world, anyway). It’s these externalities that will blow up in our face if we don’t address them.

At the consumer level, it’s well past time that we phase out single-use plastics and switch to tote bags, a canteen for water, and sustainable toys our kids can pass on to their kids. On the government level, local governments can restrict or ban single-use plastics, promote tap water through water refill stations, and install reverse vending machines that dispense cash for plastic bottles. On a societal level, it’s time we slowed the hamster wheel and took the long view towards sustainable consumption habits.