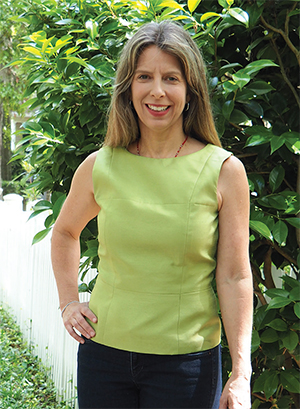 Like the rest of the country, South Carolinians often disagree: on politics, on the environment, on education. But it seems we’re all on the same side when it comes to solar energy — and competition — being good for our state.

In May, in front of media, renewable-energy activists and solar-industry entrepreneurs, S.C. Gov. Henry McMaster signed into law the Energy Freedom Act, a rare example of bipartisan cooperation.

The act promotes clean energy by opening the state to more solar power, creating jobs and bringing private investment to South Carolina. It’s a first step away from the energy-production monopolies that have saddled residents with some of the highest electricity bills in the nation and a step toward real competition that will provide downward pressure on the cost of producing energy.

Mega-ulilities Santee Cooper, Duke Energy and Dominion Energy — formerly SCE&G — have enjoyed service-area monopolies and a generous guaranteed return on their invested capital for more than 60 years in our state. But the nuclear facility boondoggle in Fairfield County, in which Santee Cooper and SCE&G spent more than $9 million, to be billed to customers, on the project before abandoning it, led to such an outcry that lawmakers took action.

Co-sponsored by Republicans Sen. Tom Davis, who represents portions of Beaufort and Jasper counties, and Rep. Peter McCoy, who represents portions of Charleston County, the Energy Freedom Act became law after two years of negotiations and compromise by lawmakers, solar industry groups, utilities and conservation advocacy organizations. It eliminates the cap on the amount of rooftop solar allowed and protects net metering rates for two years. Net meeting means people with solar panels are paid, or credited, the same amount by the power company for producing solar energy that they pay the utility companies to provide them with energy when the sun isn’t shining. Lifting the cap means utilities will continue to offer the same amount, instead of cutting the pay rate for customers with rooftop solar.

The new law also says if an independent power producer can generate electricity more cheaply than a mega-utility, then it must be allowed to sell that power to the grid. Fundamentally, it asserts rates should be dictated by competition in the energy-production market.

Experts say that removing barriers to market-driven innovations paves the way for new companies to enter the market and revolutionize the electrical grid. The Energy Freedom Act is a step in the right direction, but it’s important to remember that entrenched interests rarely yield to change without a fight. In particular, it’s important to keep an eye on the actions of the Public Service Commission, the elected commission that is charged with implementing the new law.

The bottom line: More solar energy in our state means less reliance on coal and natural gas, which contribute to global warming. To save the Earth, it’s not essential that doubters admit they were wrong about climate science as long as we keep passing measures that speed the transition to renewable energy.