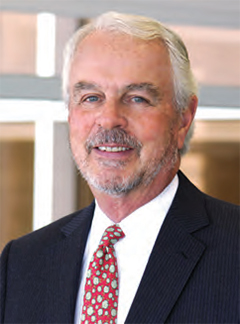 At risk of ruffling some feathers, we need to look at income inequality in America.

According to a 2018 CBO study, the top 1 percent of earners’ after-tax income grew 242 percent between 1979 and 2015, while middle class incomes grew 46 percent and the lowest earners saw an increase of 79 percent. Don’t believe such a gap exists? Just look around the Lowcountry. Though specific numbers for income inequality in Beaufort County aren’t available, it’s easy to see that national trends apply to our area.

Experts say this widening income gap is due to several factors: Labor unions are in crisis; gains from increased productivity are being sent to shareholders as dividends and through share repurchase programs; increased globalization has moved American jobs overseas to countries with cheaper labor; and the current political agenda has fundamentally changed our tax system from a “progressive” tax policy to a “regressive” system.

SINCE CONSUMER SPENDING IS THE GREATEST CONTRIBUTOR OF GDP, THAT WOULD MEAN OUR OVERALL ECONOMIC GROWTH WOULD SLOW.

Even the opiod crisis facing the nation today has lead to more income inequality; an increase in drug use has led to lower workforce participation rates.

So what do we do about it? There’s a been a great debate — both nationally and locally — about how this income disparity will affect the U.S. It’s possible that our decades-long sub-trend GDP growth rate is partially caused by shifting income distributions — the wealthiest Americans save or invest nearly 50 percent of their marginal incomes, compared to just 10 percent by the remainder of the population. Fundamentally, the velocity of dollars being spent has got to slow down. Since consumer spending is the greatest contributor of GDP, that would mean our overall economic growth would slow. Slower growth impacts corporate profits, and lower corporate profits have a negative impact on the debt and equity markets. 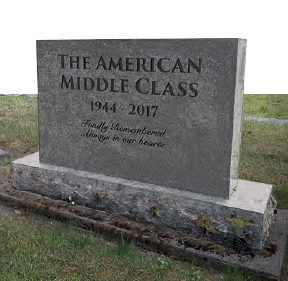 Currently, middle and lower wage-earners are relying more on consumer credit, which can carry high interest rates. And as we discovered during the partial government shutdown this winter, many middle-class workers live paycheck to paycheck. In the event of economic or workplace disruption, these earners often will turn to credit or will just stop paying their mortgages, rents, medical bills, etc. The impact of that disruption would send shockwaves through the economy.

As the divide widens between the “haves” and the “have-nots,” the demands for redistribution of wealth will increase. Ultimately, the largest segment of the population — those without access to health care, education, goods and services — will speak out at the ballot box.

The easy answer to this problem is to invest more in education and health care — the tools needed to climb the economic ladder. Unfortunately, we have been slow to act in these two areas. We also could try to turn away from globalization and try to limit immigration, but it may be too late for those solutions.

We need national leadership that can find a moderate approach that continues to embrace capitalism while providing services and a support system that treats all with dignity. It seems we are nearing a national tipping point, and cooler heads must ultimately prevail.

Jim MacLeod is a local amateur economist with a long business history in global finance. His life work has been centered on understanding credit cycles and their impact on local economies.