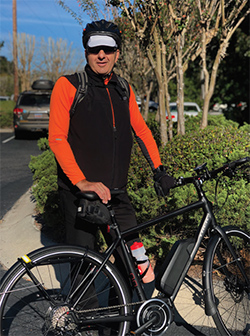 On Nov. 6, voters will head to the polls to cast their ballots in midterm elections. The most important regional item is a referendum on a 1 percent tax to fund road, bridge and bike path improvements, which we need.

As longtime readers know, I have been advocating for almost a decade for a solution to unlock the bottleneck between Hilton Head Island and the mainland. My favorite idea is still an elevated road across Port Royal Sound from Hilton Head Island Airport road to Lady’s Island. I know it sounds implausible, but since there is no ship traffic, the causeway does not have to meet the 65-foot elevation rule — and if the U.S. can build a road from Miami all the way to Key West, bridging a few miles across a protected waterway does not seem all that impossible. The benefits for both communities would be quite valuable, since Lady’s Island has the acreage to support new affordable housing and Hilton Head needs a conveniently located work force. Just saying…

In the meantime, I will settle for the addition of a third and independent lane parallel to the aging bridge that serves as the only connector between Bluffton and Hilton Head. This lane could tie in directly to Bluffton Parkway and would be a great improvement over the current situation.

And I strongly believe that any new bridge or connector must include a safe bicycle lane. Take a look at the majestic bridge that connects downtown Charleston with Mount Pleasant. There are hundreds — and on weekends thousands — of people who walk, run and bicycle that bridge because they feel safe.

Bike commuting is a big thing in many cities, and with the rising popularity of electric bikes, covering longer distances becomes quite feasible. As an example, my current bike commute is 7.5 miles using the longer but safer bike path from Moss Creek along Bluffton Parkway. With a regular bike that takes 40 minutes, twice the time of using the car, but with an electric bike it can easily be done in 30 minutes. All of a sudden, it becomes a very attractive transportation alternative. Bike commuting should become a trend in the Lowcountry. If people can do it all year long in Minneapolis, we certainly don’t have a good excuse not to — (albeit a new shower that we will install in our offices certainly will help in warmer months). Biking does not only clear your mind, work your heart muscles and build strong legs, it is a whole new way of discovering your community and, yes, it helps reduce global carbon emissions.