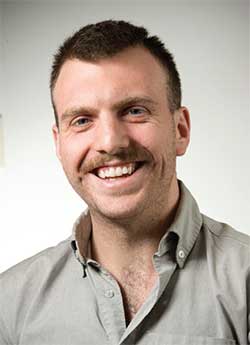 WHO IS TO BLAME FOR PUBLIC HEALTH CRISES?

Smoking kills. It’s a slogan we’ve heard a thousand times over, thanks to public health initiatives and staunch anti-smoking ad campaigns, court-ordained and paid for by the tobacco industry itself. If you’ve opened a newspaper lately (who does that anymore?) you’ll find stark, full-page ads that say cigarettes claim 1,200 Americans a day. And the warnings are getting dire thanks to a court ruling following a decade-long lawsuit, USA v. Philip Morris USA.

The court concluded that the “Big Four” cigarette companies intentionally developed cigarettes to be more addictive, developing tobacco richer in nicotine, adding toxic chemicals to speed its delivery to the brain and to mask smoking’s harshness. All this has resulted in a strange paradox: fewer smokers smoking fewer cigarettes are at a higher risk of diseases than fellow smokers of the 1960s. But what’s next? Are there industries producing consumables just as deadly that warrant similar warnings?

Of course, tobacco has been easy prey for years now given that it so directly leads to diseases and death. It’s a poster child of sorts for the public health nonprofits and agencies, one of the first products targeted by these groups as they came to power. Recall the ubiquitous “Over the Influence” cable ads of the 2000’s.

Sugar kills. But that catchphrase hasn’t caught fire, though public awareness certainly is growing. How much harder would it be to apply warning labels to refined, added sugars? It’s certainly linked to death by way of obesity which can lead to diabetes, heart disease, and cancer. But the science seems to be far more complicated than “just don’t use it”. We don’t yet fully understand how sugar leads to deadly illnesses, and we certainly can’t agree on a “deadly” daily intake of sugar. That being said, it’s pretty clear that sugar, consumed regularly in the amounts common in a can of soda, certainly leads to severe health risks. Should a can of soda come with a health warning?

And like the tobacco industry, the sugary drinks industry uses similar ploys to sell more product. Beverage companies deliberately target young people— something tobacco has been forbidden to do. In subtle ways, many ads associate soda and other drinks with family bonds. According to a study funded by Rudd Center for Food Policy and Obesity, “twenty of the 50 sugary drink websites analyzed attracted a disproportionately high number of teens.”

Where do public health issues end? How do we even begin to tackle public health crises like suicide? What about loneliness? Isolation, boredom, and grief has been linked to early death among the aging. But where would we slap a warning label for loneliness?

Ultimately, tobacco most obviously leads to the most deaths in the US, at about 480,000 a year. Comparatively, estimates put deaths by sugary drinks at 25,000 and suicides account for 45,000. Raising public awareness, providing help for those who seek it, and putting industries to task for their destructive are antidotes to the disease of the profit motive. But who do we warn when it’s society to blame? How do we draw a clear line of blame in the middle of a minefield?