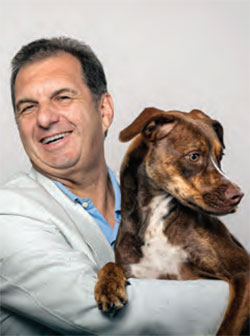 If you believe the hype of commercials, movies, songs, TV shows, and traditional and social media, you could easily be fooled into believing that we are generally a happy and connected society.

That is, until you look at the facts and realize that chronic loneliness is a widespread epidemic with many negative ramifications.

It certainly is counterintuitive that Americans feel lonelier that ever in age when we spend more time consuming or producing information, when we have access to affordable or free methods of staying in touch with others, and when social media allows us to connect, follow and be followed faster and more frequent than in any other time in history.

How does loneliness manifest itself?

A new Cigna study surveyed 20,000 people and found that one in four Americans rarely or never feel as though there are people who really understand him or her; half report feeling alone or left out and don’t have meaningful in-person social interactions, such as an extended conversation with a friend or quality time with family.

“It is ironic that in a time where everything and everybody is connected, so many feel so lonely.”

Why is loneliness a problem in the first place?

Humans were not designed to be solitary creatures. We evolved to survive in tribes; the need to interact is deeply ingrained in our genetic code. So much so that the absence of social connection triggers the same primal alarm bells as hunger, thirst and physical pain, according to

John Cacioppo, the director of the University of Chicago’s Center for Cognitive and Social Neuroscience and author of “Loneliness: Human Nature and the Need for Social Connection” who has been studying loneliness for more than 20 years.

What are the negative effects of loneliness?

Loneliness is detrimental to a healthy and productive society. It causes unhappy and unsustainable family structures, leading to low marriage rates, high divorce rates and one-third of kids growing up in households without fathers.

It also manifests itself in our abuse of food and alcohol, our addictions to shopping, gambling or drugs, and other criminal activities.

It affects our well-being and longevity by increasing health risks such as sleep disorders, heart disease and dementia, to name a few. Those problems in turn cause increased use of anti-depressants and other medications, leading to increased health care cost. 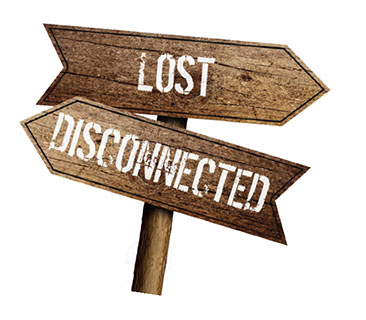 In order to understand what is causing this, we need to dig deeper and go beyond the common perceptions and stereotypes.

A few things strike me being at the root of American loneliness. Abandoning the traditional close-knit family structures started in the 1960s. That decade’s search for love and more sexual encounters led to more “open” and unattached family structures, which ultimately has led to more single-family households than ever — 25 percent of American households. Being unattached comes at a price.

We also have started to believe that having an online social network means having friends that actually will take the time to get to know and understand you. Our digital disconnect has led to a lack of morals and consideration that make us think it’s OK to do things like end an engagement via text.

We also are putting “I” always before the “we.” In a culture where individuality and success at all costs is being fostered since childhood, we should not be surprised that doing so will lead to anxiousness and isolation.

Mobility in the U.S. also is extremely high compared to other cultures. It seems natural for Americans to leave home to attend college in far-flung states, or to apply for job opportunities far from home; moving from one community to another is almost as common as changing oil in a car. It should not come as a surprise that this behavior means we don’t have time to put down roots and connect on a deeper level with neighbors or colleagues, forming meaningful, real friendships.

Reflecting on this topic makes me feel privileged to live in a community where social interaction is still valued and the ability to talk to neighbors or foster a group of people we know by first name is common, and that the ability to form friendships is possible.