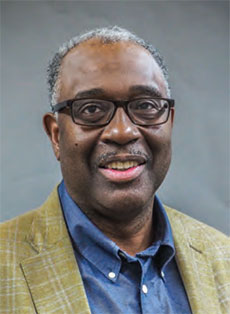 "Congress shall make no law respecting an establishment of religion, or prohibiting the free exercise there of; or abridging the freedom of speech, or of the press; or the right of the people peaceably to assemble, and to petition the Government for a redress of grievances."

– The First Amendment of the U.S. Constitution

Once an easily dismissed phrase, fake news is now embedded in our public discourse. It is a political weapon whose repetitive use chips away at a foundation stone of our democracy – a free and independent press.

Our democracy needs a free and independent news media. Not just in Washington, but on the state and local level, too. This includes magazines, such as Hilton Head Monthly, which, albeit with less frequency than daily media, can provide thorough and objective local news reporting. Such media are in a position to fill a void created by financially challenged daily news outlets operating with fewer staff.  But, local media also must stay vigilant and trustworthy, watching for those who would insist they march to a specific agenda.

In just a year,  fake news is now the prevailing defense for politicians under scrutiny in the United States and around the world. To spin the news in their favor, the politicians utilize a variety of deceptions including false equivalencies, alternative facts and, in some instances, outright lies.

These actions are contrary to the idea of American democracy, which embraces the idea of a press independent of political influence. In our current political climate, traditional media is labeled the enemy for political and ideology expediency. Any story published or broadcasted that is seen as contrary to the interest of the current administration is tagged fake news.

Manufactured news is a problem, thanks in part to today’s extreme political ideologists and foreign adversaries, but it is a different animal.

AMER‘ICAN‘S WHO CARE ABOUT A FREE AND OPEN DEMOCRACY SHOULD EMBRACE AND DEFEND THE FIRST AMENDMENT WITH THE SAME FERVOR AS DO SUPPORTERS OF THE SECOND.

Charging fake news at every opportunity gives the phrase legitimacy through repetition and power of suggestion, sows fear and plays to the myopic political views of people who want only information that confirms their own biases.

The ploy to paint the news media as the enemy of democracy is working. A recent poll by Politico/Morning Consult revealed that 46 percent of voters believe the media makes up stories about the President and his administration. Thirty seven percent believes the media does not fabricate the news and 17 percent are uncertain.

In November, a major retailer removed from its shelves a t-shirt that said, "Rope. Tree. Journalist. Some Assembly Required."

These attacks are not just turning people against the news media. The onslaught against news organizations may also cause others to tune out of the political process. They don’t know who or what to believe.

That poses a major problem for local communities, where newsroom staff cuts have left fewer watchdogs looking out for the public good. Independent local media is how we will remain well informed about school board shenanigans, efforts by officials to push through a new development or an elected official’s malfeasance. And remember, the First Amendment allows you to be a part of the news and information process, too, by expressing opinions, raising questions and letting politicians know you are paying attention.

Casting the press as the enemy is a strategy long brandished by creative Americans politicians. Georgia political lore has it that depression-era Gov. Eugene Talmadge would hire men to sit in trees during speeches and holler down to him, “Tell us about those lying Atlanta newspapers.”

We are far removed from the days when a depression-era segregationist tromped through the rural south using the big city newspaper as his enemy. Today, the leader of the free world uses his social media megaphone as shield and sword to thwart accurate and thoroughly reported accounts of his administration.

Worldwide, people envy the freedoms granted by the First Amendment. Many try to mimic us at great cost. Globally, 42 journalists were killed – many of them murdered – and  262 imprisoned in 2017, according to the Committee to Protect Journalists

Americans who care about a free and open democracy should embrace and defend the First Amendment with the same fervor as do supporters of the Second.

James Mallory was senior managing editor of the Atlanta-Journal Constitution where he worked for nearly 25 years. He spoke to the Hilton Head Island/Bluffton League of Women voters on Dec. 14 about “Fake vs. Real News.”