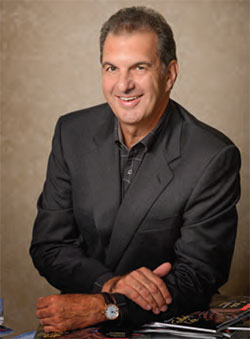 It’s only an 8-hour drive away yet a world apart. The first thing that hit me when I got out of the car in Miami is how blue the sky and ocean are and how the constant breezes reminded me of the Caribbean. Exactly the reasons wealthy New Yorkers started visiting via railroad as early as the “roaring 20’s” remain the reasons it is magnet for our second gilded era and a showcase for wealth inequality.

The super-wealthy live in high rise condominium towers—mostly sprinkled around Brickell Avenue—giving Miami the third most impressive skyline after NYC and Chicago. Apartments typically start at $2 million for the lower non-ocean facing floors going all the way to $60 million. The “Manhattanization” wave started mid-1990 and abruptly came to a halt in 2008 during the depression to resume in 2011 and is now in full swing again.  One might assume that all this concentration of wealth would make Miami a well-to-do city, but the contrast could not be greater. Miami’s median household income ranks at the bottom among the 100 largest cities in the USA. Translation: the people that work hard to serve the needs of the super wealthy are paid scraps.

It’s only an 8-hour drive away but it might as well be a different country that happens to lie within U.S. jurisdiction.  If you dare to stop in “Little Haiti” at a gas station and are trying to make conversation with the attendants, English is not going to get you far. If you know French you might have a chance of asking a question but you will be hard pressed to understand the response. It is not uncommon to encounter well dressed and super friendly employees in the hospitality industry that simply don’t speak English; after all, most of their patrons speak Spanish.  Long recognized as the gateway for travel and commerce to Latin America, Miami is also home of immigrants, so much so that 60 percent of all Miami residents are foreign-born. This is the highest concentration of immigrants among major U.S. cities. Immigration from Cuba ranks the highest but it attracts people from all of South America, the Caribbean and Europe.

One reason Miami is so popular among visitors and second home owners has little to do with its beaches and mild climate: the Panama Papers confirmed again what was long common knowledge. While the U.S. is keen on tracking down U.S. citizens hiding wealth off-shore, it is welcoming foreigners who park, invest or launder money here. Indeed, after Switzerland and Hong Kong, the USA ranks number three among the top ten tax heavens of the world. So it should come as no surprise that “Art Basel” the world’s pre-eminent art fair is yearly hosted in: Basel, Hong Kong, and Miami.

Miami Beach, a separate municipality, is a resort driven Island, just as Hilton Head Island but that is where the likeness ends. Just go and visit to understand and appreciate the differences. Coming back, I once again felt assured that my wife, Anuska, and I made the right choice 25 years ago making the Lowcountry our home. The only advantage Miami Beach holds over our Barrier Island is that it is connected by six bridges (cause-ways) while we stubbornly hold to our one and only bridge connecting us to the “real” world.

Send your comments to mfrey@freymedia.com