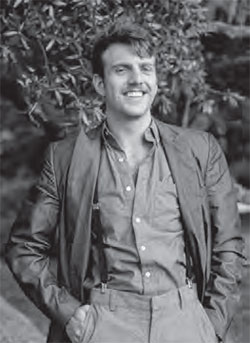 It’s times like these, with rain and snow blurring the shrill light of fire trucks lined five deep down the Brooklyn street outside a raucous jazz session at my neighborhood pizza bar, that I recall the South.

What I cherish most are the in-betweens — some clash between open space and strange timing. One time, driving home from Charleston for Christmas on Hilton Head Island, I remember dozens of eyes suddenly shining from the median of Interstate 95. The deer had taken the quiet for their own strange church revival. I knew I wasn’t supposed to be there.

Living in Charleston, I drove U.S. 17 back and forth to Hilton Head hundreds of times, practically memorizing the one-stop-sign towns along the way: Ravenel; Jacksonboro, where the beautiful Edisto River meanders; Green Pond; Sheldon, whose church Gen. Sherman burned during his infamous Civil War march; and on to I-95 past Ridgeland, then left on U.S. 278 for the homestretch. I can’t say I’m an old timer, but I sure saw that route change over the years, slowly but surely. My fondest memories include a hand-pump self-service Texaco station, a hearty Styrofoam cup of boiled peanuts and bountiful swamps on either side, a landscape Southerners have all but taken for granted, drained and raised for homogenous pine plantations. The largest such swamp still remains protected as the Congaree National Park, and I encourage you to visit before summer arrives, sending the large “mosquito-meter” to “War Zone.” The howl of the coyotes rang through those dank woods, and still haunts me.

After awhile, I built up a conscious habit of taking detours every time I drove through the South. It’s safe to say I’ve been to more than half of South Carolina’s towns, whose names peek out over the highway on water towers. Often it’s one cross street, a factory, maybe a low-security prison. But this isn’t a catalogue of all those places. One memory I remember vividly is the last bit of protected wetlands belonging to the ACE Basin over near Green Pond, about halfway between Beaufort and Charleston off U.S. 17. If you’re like me, you fiend over maps — Google Maps these days, I suppose — where you hit satellite view and zoom in on the greenest parts. Green Pond is such a place, bordering the Donnelley Wildlife Management area, a place impenetrable, on closer investigation, without deep-water boots. It’s the kind of chlorophyll-laden wetland where herons roost and snakes flourish, where giant orbweavers glint in the sun.

If there’s any degree past the protected, it probably lies in the forgotten. I kept walking, back past houses and past a clearing over a set of railroad tracks, to one of the most overgrown properties I’ve ever laid eyes on. The thick green forest practically devoured the remaining house. It felt like a dream — if dreams include an army of mosquitoes unaccustomed to warm-blooded primates such as myself. I kept a skull of some small mammal as a souvenir.

Probably the most absurd of these memories, and one I’ll take to the grave, is the time I drove along a stretch of the old U.S. 17, “King’s Highway.” I couldn’t even tell you how to find it, but I followed the very same dirt road Washington had taken to visit the colonies up to where civilization just vanished, where left and right were presumably hunting plantations. Finally the road became a bridge to nowhere, just stopped, and led to nothing but the roosting swamp whose birds echoed like a pure glass of water.

Next time you’re in-between, take more than a moment to soak it in for me, that “exit magic” I miss more than anything in the South.