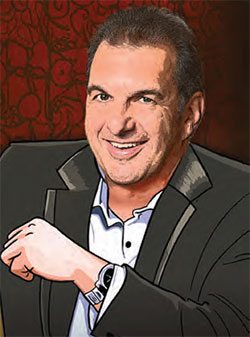 It is a reality that Hilton Head Island and Bluffton are socially and economically joined at the hip. To get a feel for just how much the two towns are connected, just stand at the bridge at any time day or night and watch the traffic rush by.

It is also a reality that healthy local economies depend on updated infrastructures, which includes the transportation system. Since there is no real viable public transportation in the Lowcountry, roadways remain the only way to get from place A to place B.

Traffic delays on both sides of the bridge are now a daily occurrence, and if it rains or there is an accident, these traffic jams become a real problem. With no alternate route, one can get literally stuck in traffic.

I can’t imagine that visitors are delighted to get stuck in traffic after driving for hours to get to Hilton Head, or when they have a full day’s drive ahead of them to get home. This is the first and last impression they are taking from their vacation.

I know that as an entrepreneur, I’m having difficulty recruiting employees who live in Bluffton (which offers a more abundant choice of affordable housing) because candidates dread the daily commute to our island office.

Also, I imagine service people avoid working on the island if they can get equivalent projects in the Bluffton area. All this may eventually hurt our local economy and could possibly erode real estate prices.

The steady growth of Hilton Head has been going on for five decades. The rapid growth of Bluffton has been in the works for more than two decades. As the towns’ combined population has grown to more than an estimated 70,000 residents, the number of drivers on our roads has increased as well. The more than 2 million visitors to Hilton Head a year add thousands more cars coming and going.

The plans to add the Cross Island Parkway to the traffic system stirred up a big controversy at the time; yet few today would say that we would be better off without it. Bluffton, on the other hand, was more proactive by building Bluffton Parkway to create an alternate route to U.S. 278, the main traffic pipeline. But there’s no doubt Bluffton Parkway will eventually bottleneck into the existing four-lane bridge to the island.

It is beyond my reasoning that at the time of planning both the Cross Island and Bluffton parkways, no concrete plan was been put in place, approved and funded to enlarge the existing four-lane bridge to connect Hilton Head to the mainland. There is room on the Hilton Head side to widen U.S. 278 into a six-lane road, and certainly the flyover lanes currently under construction could have been continued across the water, allowing for a more harmonious traffic flow.

Of course, it could be said that enabling traffic will increase traffic. But I do not buy into that argument. It seems to me that the existing (and growing) traffic is a reality, whether we accommodate it or not. And for those wishing for a quieter island, like it was 20 or 30 years ago, well, it is too late now. You should have bought up all the land in Bluffton and prevented it from becoming its own viable town.

If we look at the big picture, the Lowcountry is never going to resemble Atlanta by any stretch of the imagination. Most of us live in quiet and peaceful neighborhoods that offer the sanctuary we moved here for. The overall growth of our area, on the other hand, now allows us to have colleges, town centers, parks and arts venues. This promotes a more varied economy that attracts a more diverse population, which fills the communities with vitality and make for a great place to live. Actually, make that one of the best places to live, work and retire … if we could just add two more lanes to our bottlenecked bridge.