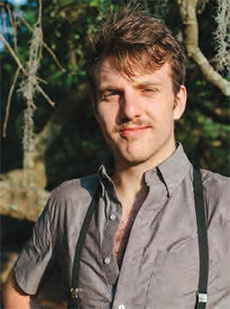 A quick scroll through my Facebook feed reveals the inevitable Bernie Sanders ad, my friend posts, “Maybe Canada should be president of the U.S.,” and my Brooklyn neighbors sharing the latest addition to their family, a rescue dog they’re naming “Ladies and Gentleman.” Have no doubt, we’re talking about my very own artsy, liberal Facebook feed. If you’re like me, you’ve pruned yours of caustic friends, chatter boxes and broken records. Instead, you’ve groomed your feed to show posts you care about, that share your interests, or highlight news that confirms what you already believe. It’s your personal online gated community.

According to a new study by Italy’s Laboratory of Computational Social Science, Facebook augments our natural pull toward information that confirms our beliefs and softens the counterplay offered by opposing views. Social scientists call this confirmation bias. It’s the way biased information, hearsay and rumor can trickle into what we believe is fact. This confi rmation bias can affect our views toward food, politics, the presidential election, or our acceptance of chemtrails, the supposed seeding of clouds by planes ordered by the government to dumb us down. Have you ever played “telephone?” It’s kind of like that.

Though it’s always happened beside the office water cooler and in the lady’s room, Facebook accelerates group think. The study “Debunking in a World of Tribes” focused on “echo chambers” of highly segregated communities within Facebook. You probably call this preaching to the choir. The research studied 54 million users over five years and how they interacted with unsubstantiated pages, like Illuminati Exposed, versus scientific pages, like Reason Magazine. They found little overlap of users interacting with both styles of information, and what’s more, users became more entrenched in their beliefs when exposed to the other side. Attempts at dislodging vehement conspiracies proved largely ineffective. Because of the direct and free channel Facebook offers, any user can create a page for a particular cause, often a rumor masquerading as truth. Pages based on misinformation are largely popular because they simplify complex issues into digestible paranoia.

I’m concerned that we live in a bite-sized information age where we spend less time reading cohesive articles than any other time in history. Luckily, you’re probably sitting in your doctor’s waiting room, so you’re still with me. But were this article online, most of you would have already “bounced,” to use Web traffic lingo. If your pride got to you, you’d probably have jumped down to comment. If your need to share took over, you’d probably be re-posting the article before you even finished it. If your eyes darted, you may have followed a link by now to another completely unrelated Web page. Along with echo chambers, this fastpaced, distracted environment seems an infertile soil for deep thinking. The problem with gated communities is that gossip travels fast and crime usually comes from within.