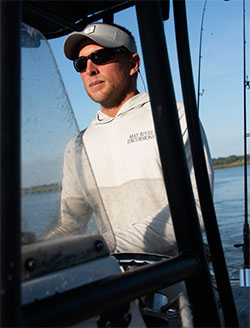 But as much as the business is a perfect fit for his skills, Shoemaker grew up wanting to follow his dad, Stephen, into the shrimping business.

“He had a 68-foot boat, and I was on that boat doing overnight trips from the time I was 5. I loved it, I wanted to be him,” Shoemaker said. “But I was out there seeing the work but not doing the work. I saw how hard my dad worked, sometimes gone five days a week. My dad sold that boat when I was 12. He didn’t want that life for me.”

Instead, Shoemaker went to college and decided to put his degree to work doing what he does best.

“I don’t know how to do a lot of things, but I know this river,” he said. “I’ve been taking a boat out by myself seeing every inch of this river since I was 10.”

As Bluffton and the rest of the world was inching out of the late 2000s recession, Shoemaker saw the river as a big growth opportunity. He started small, focusing on fishing charters, dolphin watch tours and sunset cruises.

As the influx of tourists increased, he saw an increased interest in crabbing and shrimping excursions for families and historical tours detailing landmarks and the growth of development along the river. 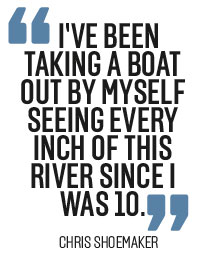 “Growing up as a kid here in the early ’90s, most of my friends from high school on Hilton Head, they didn’t want to come over the bridge,” he said. “The late 2000s come and all of a sudden, Bluffton is kind of cool. And that cool factor was great for business. Some of those friends I never saw come over the bridge were some of my first customers.”

That led to a boom that has never slowed for Shoemaker. He and his brother, Matt, bought a property on Calhoun Street in the late 2000s thinking they might develop it 20 years down the line. Instead, they cleared the property and opened a store in 2015 to sell merchandise and to better keep up with the demand for bookings. 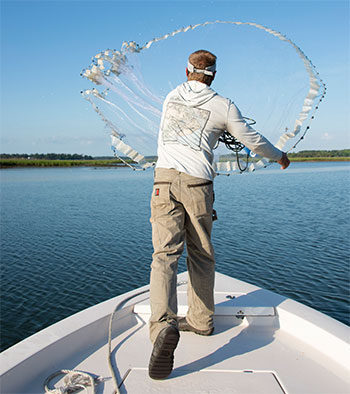 “It’s truly crazy to look back at where we started to the past 11 years. In 2008-09, we’re getting out of college, none of us have jobs and we’re tying boats together four deep and coasting down the river to save gas,” he said. “Now all those same folks have their own boats and are out on Daufuskie Island daily, no worries about gas.”

The latest influx of visitors and newbie residents has led to an explosion in the company’s water taxi business, with a regular schedule of short trips from Old Town to Palmetto Bluff and Daufuskie.

“The families, they love the crabbing and shrimping trips, the older folks love the sunset cruises and the history and getting out to Daufuskie,” he said. “There has been no offseason, so the time I usually have to slow down a bit, do some maintenance on the boats, that’s all being done on the fly.”

Matt and his father have been captaining excursions right alongside Chris, and he’s grateful to have a loyal crew that enjoys being out on the water as much as he does. 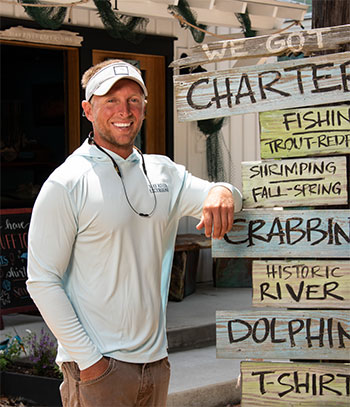 He’s especially thankful to Matt’s wife, Molly, who runs the store and is the point person for bookings.

Shoemaker has a girlfriend and hopes to slow down and have kids someday. For now, the May is his baby, with his focus on growing the business. He’s even become a bit of a celebrity, with him showing off the business on several shows, including a recent visit from Lifetime’s "Married at First Sight.”

“When I started this, I worried about being busy. If it didn’t work out, would I need to move away from everything I love here? Now, it’s grown enough to where I think this can be my career,” he said. “If I have kids, and they want to be in the business, that would be something. When I started, I knew the river, but I had to build this from scratch. So, to be able to see this keep going, that would be a blessing.”