It’s why he launched Golf Etc. on Palmetto Bay Boulevard nine years ago. As much as the avid golfer and former General Electric data and analytics consultant loved all aspects of the game, he found club fitting to be his passion.

“It was selling stock clubs and products versus crafting something personal through data that could truly help people enjoy golf even more,” Wycoff said. “Sign me up for Door No. 2. That’s my sweet spot.” 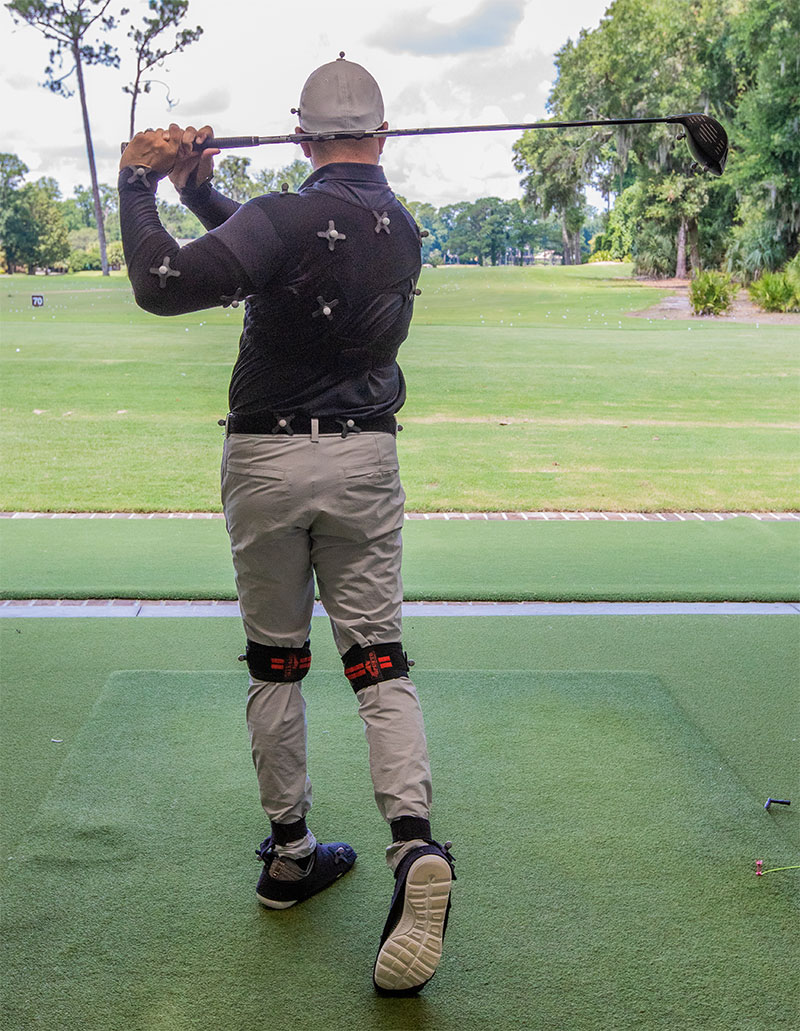 “We see all this new tech in the game, but the truth is, the science behind your swing is very outdated,” he said. “The assumptions of the world’s top club fitters are based on scientific models from the 1950s.” 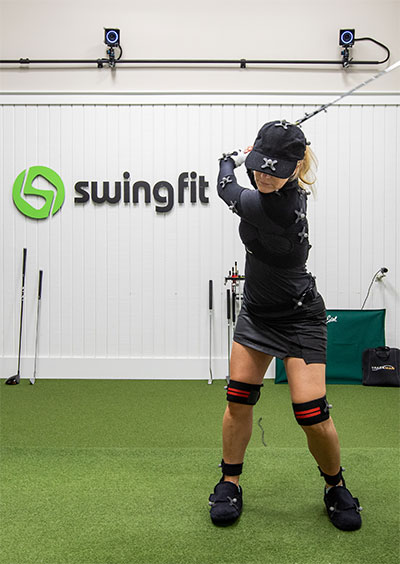 So Wycoff began a two-year journey to evolve that thinking through data gathering and science. He teamed with physicists, MIT scientists and engineers to evolve the art of club fitting.

“For 75 years, swing speed has been the one variable, the key measurement. We identified a set of variables to measure the swing and found that, actually, swing speed was the 52nd most important measurement,” he said. “But humans can’t calculate 50-plus variables in a second. Computers can.”

Wycoff’s SwingFit system is based on data collected using optical motion cameras to record hundreds of golfers’ swings. SwingFit uses the data to create an AI-powered algorithm that factors these 50-plus pin-pointed variables of each individual golfer’s swing to tailor a more effective club.

Simply put, the full picture of how you generate that swing speed is much more important than the actual speed measurement at impact.

Most fitters wait for a golfer's best swing and just use that one measurement for a fitting. But really, how often any of us weekend warriors achieve our best swing?

That's what makes Wycoff's invention so different. SwingFit measures more than 50 data points from a composite of your fitting swings. Then, it compares your swing composite against a vast database of other golfers’ swings and uses predictive analytics (AI) to personalize clubs optimized for your body build and swing.

As talented of a marketer as Wycoff has been in building Golf Etc. and his current clientele - he has an MBA in marketing - he needed help translating the science into a succinct pitch that golfers worldwide would understand.

He needed help translating the science into a succinct pitch that golfers would understand. So, he turned to SCORE SC Lowcountry, a nonprofit group of mentors that helps small businesses get off the ground.

Art Gopalan is part of the mentorship team with Rod Casavant and Frank Lipari that has advised Wycoff since 2018. He spent 35 years as an engineer for GE in New England before moving south to enjoy golf and warm weather in retirement. He saw a pioneer with a gem of an idea when he met Wycoff.

“It was so intriguing, but he needed a plan and a pitch,” Gopalan said. “Golfers want results. Chris crafted a game-changing simplicity built on science. SwingFit integrates your physique into the club. 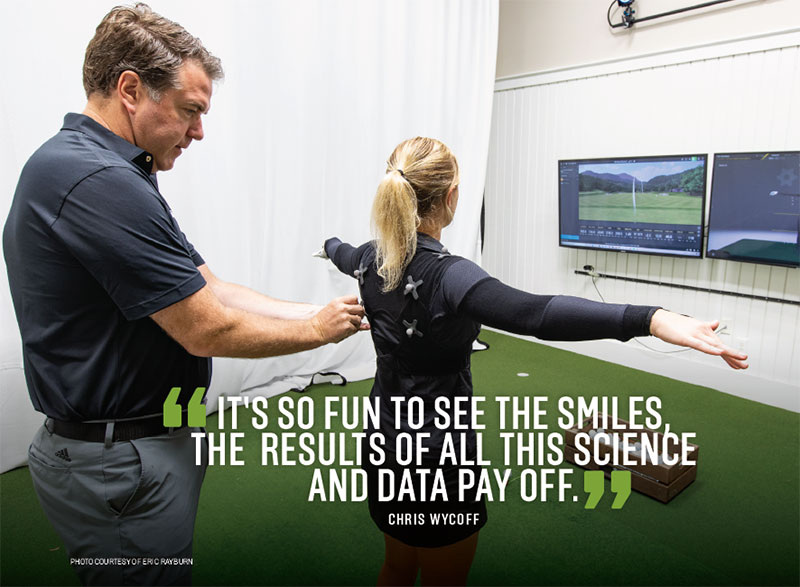 “It’s not you adapting to the club. The tech is adapting to you. That’s the pitch, why they should buy this. So, then we set out to develop a business plan around that.”

Wycoff moved his base operation to Colleton River and set up a second shop with renowned golf instructor Jim McLean at his academy in Miami.

“Jim sees the results and gives us that industry validation,” Wycoff said. “The proof is in the results. When you can transform a guy from the shortest drive in his foursome to the long-ball hitter, the guy that goes from losing to winning money in a round, word of mouth gets around very quickly.” 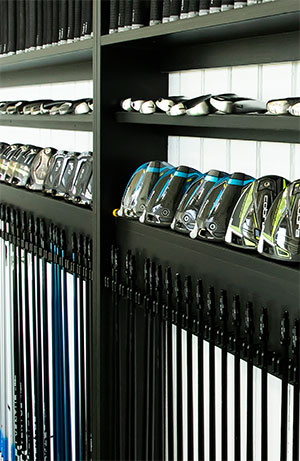 Wycoff said a fitting at Colleton River is usually a two-hour process. Wycoff works with all the top club manufacturers. A custom fitting of a golfers’ full set of clubs is $400. Done separately, fittings for drivers and fairway woods are $150 apiece, irons and hybrids fittings are $150, and short-game wedges and putters are $75 apiece.

SwingFit is working with investors to expand to a handful of golf academies across the country.

Wycoff also plans to license the tech to golf instructors but said he will continue to build out all the clubs at his Office Park Road warehouse.

“It’s been one hell of a ride,” he said. “We’re moving needles in an industry extremely resistant to change. I took a chance, invested money in an idea and have had some amazing help to get this moving. It’s so fun to see the smiles, the results of all this science and data pay off for each and every client.”