Stewart and her husband, Paul, have owned Sunrise Café for 18 years. Their breakfast and lunch place is a fixture at Palmetto Bay Marina, but when Hurricane Matthew roared through four years ago, the storm crumpled the docks and caused years of financial troubles. Stewart said the marina lost its identity and the charm that inspired the original owners to develop it in 1958. 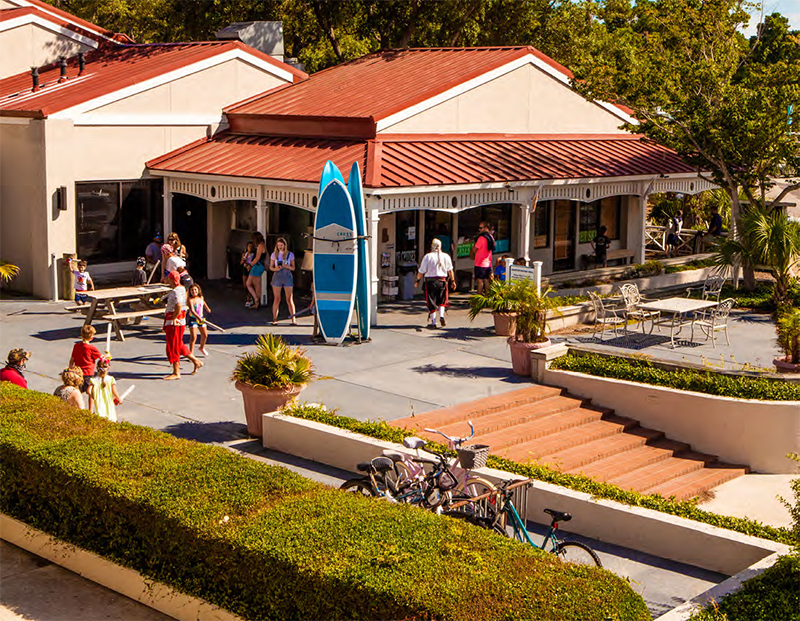 After years of delays related to the prior ownership, Oakley’s company acquired the property’s title in April 2019 and immediately set out to return Palmetto Bay Marina to form. The revitalization is part of a two-phase plan by Palmetto Bay Marina LLC, according to Kuy Scott, a representative of the company.

Refreshed by big projects (renovating or replacing 250- to 400-foot docks, restrooms, fueling stations and patio areas) and smaller ones (illuminating landscaping and adding more trees and plants), the transformed marina debuted May 1. Business owners, residents and tourists were overjoyed.

“It’s made an 180-degree turn,” said Doug Eck, who has lived in the marina’s condominiums since March of last year. “There is a great sense of pride.” 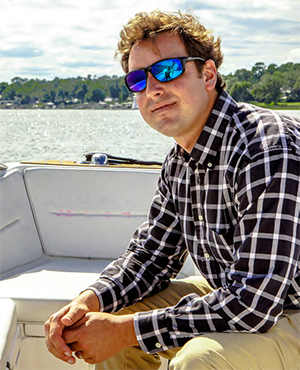 The upgrades in the first phase include a 400-foot pier used exclusively for a new venture: Dock & Dine.

Scott said the ability for boats to dock and their owners to enjoy breakfast, lunch or drinks from the restaurants has quickly become popular. He said on busy days 15 to 20 boats have taken advantage of the convenience.

“They can dock there for free and stay for a few hours as long as they are eating lunch or dinner with the restaurants,” Scott said. “It’s just a great amenity.”

The marina’s revival is important to Scott. A Hilton Head Island native, he witnessed Hurricane Matthew’s destruction and the delays in getting Palmetto Bay Marina rebuilt.

“Palmetto Bay Marina, for years it was a diamond in the rough,” Scott said. “It meant a lot to me to be a part of the project.”

Boaters are happy with the new aluminum frame docks – installed by Barrier Island Marine Contractors—freshwater hoses and dockside pedestals that supply power and internet to boats.

The first phase of the rebuild has allowed the marina to welcome larger boats (vessels 80-110 feet in length are common there now). Select long-term slips and transient docking is available. Phase 2, which Scott said should begin next spring, will allow boats measuring 150-175 feet to dock.

At completion, the marina will have space for 144 boats.

The new owners have improved the quality of life for residents who live in condominiums at the marina. 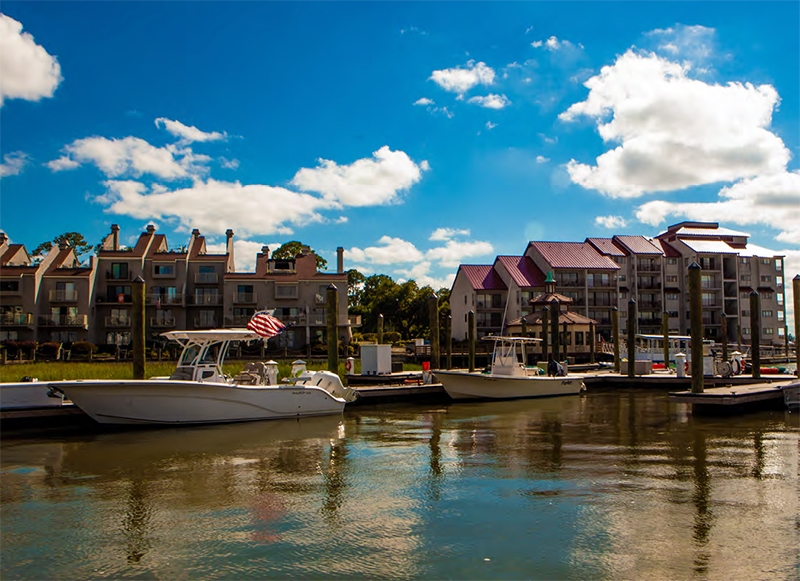 Eck, who has lived on Hilton Head Island for 23 years, likes to look at the boats from the window of his condominium.

Julie Mariotte, who moved to the island in 1978 and has been a Palmetto Bay Marina condominium resident since 1996, also appreciates the attention that’s been paid to the marina. 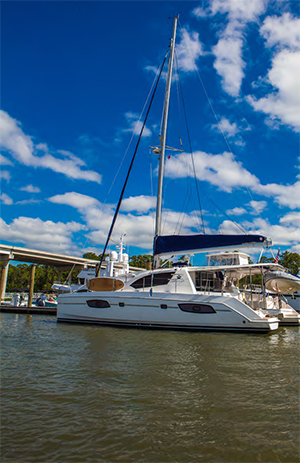 “Now with new ownership, he’s spending money and getting it done right,” she said.

The renovations have improved the business climate for the four restaurants and companies that offer jet skiing, paddle boarding and dolphin tours.

Stewart said that as coronavirus restrictions have eased, more people are out and about, grabbing a bite to eat and strolling along the docks.

“More people are becoming more comfortable doing things outside and the marina will do us a huge favor,” she said. “These guys have given us our pride back. That’s a huge thing. We are a marina again.”