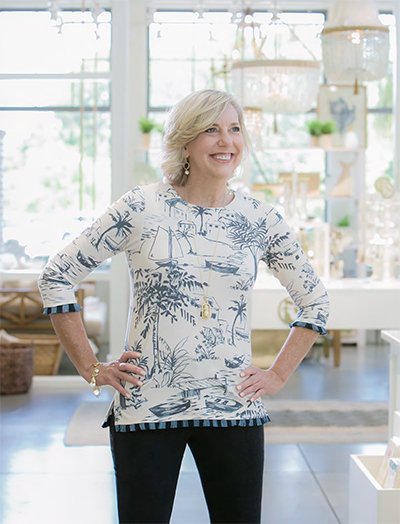 After years working at a big advertising agency in Kansas City and with success as the owner of an internationally recognized, award-winning scrapbook and crafts company, Stanley is now spreading her style and artistic vision around the world. Well-dressed women and celebrities love the brand’s casual but polished look, making Spartina 449 one of the Lowcountry’s greatest business stories.

The company quickly outgrew its original Hilton Head Island business headquarters, moving to the former Island Packet pressroom in Bluffton where it now houses its distribution and administration offices in the same space. Stanley’s husband, Curt Seymour, designed much of Spartina 449’s logistics.

Today, Spartina items can be found in 1,500 stores across the United States, and the brand has 13 standalone boutiques of its own, including on Calhoun Street in Bluffton and in Shelter Cove on Hilton Head Island. The 14th Spartina 449 store is opening soon in Savannah’s City Market, joining a sister store downtown on Broughton Street. And now, the brand is expanding its offerings to include new apparel collections — all reflecting the carefree, natural way of life on the coast. 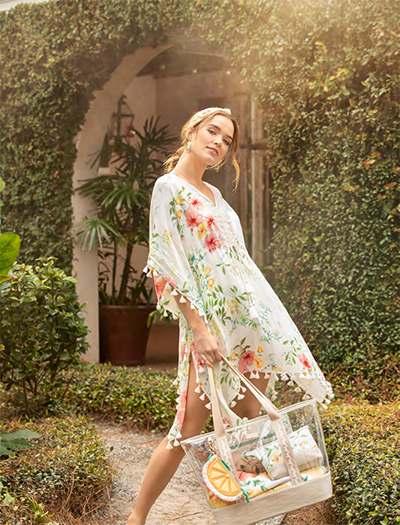 “All of our collections are called ‘capsule collections,’ ” said Stanley. “We are approaching our design philosophy a little different than we have in the past, doing more apparel this season than ever before. We are launching new items, from silk blouses to pull-on stretch pants, lots of linen clothing and our Peruvian cotton that was really successful last year. We really expanded that into capsules that are launching every month.”

Each capsule’s clothing mixes and matches with curated handbags and accessories, allowing for easy coordination. For example, the Moreland collection’s bright pinks, oranges and turquoise are reflected in its embroidered dresses, tassel earrings and beach tote. Shorts, pants, skirts and tops mix patterns and solids to create a variety of wardrobe choices, all coordinating down to the beach towel and keychain.

All the lines reflect current trends in the fashion industry. One trend: Stanley said her customers want to see real fabrics and textures.

“One of the things we are focusing on are more natural fibers and materials across the board in our apparel,” she said. “It feels better on the skin and is better for the environment.” 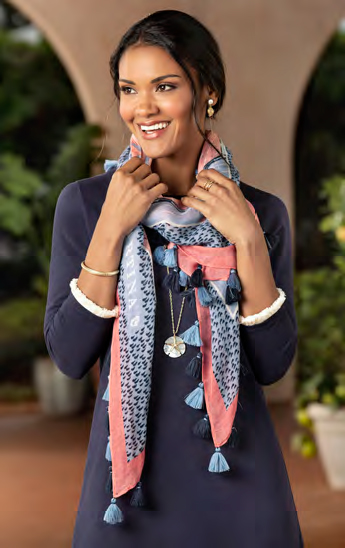 These natural fibers can be found in Spartina’s wicker handbag handles and straw totes. Half-zip dresses are made of Peruvian cotton, while a woven natural cotton eyeglass case is accented with two-tone fringe. A light jacket is perfect for the spring weather thanks to breathable linen, and the Dune ring completes the look with its semi-precious stones and mother-of-pearl.

Spartina is continuing to release new capsules and has announced a partnership with shoe brand Jack Rogers; so far, two shoes are in the works. Spartina also is working with Hat Attack on a line of hats.

Lowcountry customers couldn’t wait to get a look at the new styles. The brand’s Shelter Cove store hosted a fashion show March 18 with 10% of all sales donated to local charities. That’s in addition to the portion of its everyday sales that Spartina donates to the Daufuskie Island Historical Foundation to help preserve the island where it got its start. The show included previews of soon-to-be-released collections.

“We put on a pretty big show with lots of models,” Stanley said. “It was a lot of fun.”

And yes, the popular Spartina warehouse sale will be back this year. It’s June 26-28 at Hilton Head Island High School, where shoppers can save up to 60% on merchandise. Tickets for the event are expected to go on sale in early June.