According to U.S. Department of Labor statistics from 2008 show that, nationwide, only 5.8 percent of all working women were employed in nontraditional jobs. Today, women hold just 4 percent of trade jobs in the U.S. — an industry that includes laborers, electricians, plumbers and carpenters. Though the number of women working in these types of nontraditional jobs is still low, it’s still four times higher than the number of women who worked in these types of trade jobs 40 years ago, and the numbers continue to rise. 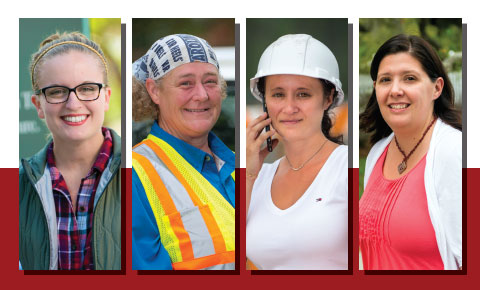 So why are more women seeking to work in nontraditional jobs?  To start with, many of these jobs pay more — often 20 percent to 30 percent more than women typically make in traditionally women-held jobs. In fact, nontraditional occupations offer a woman higher entry-level wages and higher pay as she advances in her career. In addition, jobs in technical and trade fields generally have better benefits including health care coverage, sick leave and vacation pay. Nontraditional jobs also seem to offer greater autonomy, with less direct supervision — and often give women a clear way to work their way up to better pay and benefits. And, of course, here in the Lowcountry there is even more incentive for women to consider a nontraditional job: many of these jobs provide the opportunity to work outdoors, to be physically active and to work with your hands. The flipside? Some women today point to the unsupportive attitudes of friends and family as a big deterrent, as well as the fact that, many times, society still socializes women into valuing traditional roles. Not to mention the lack of equity in education that still exists, with young girls often not directed into the math and science worlds — resulting in a gender gap when it comes to career paths. Workplace discrimination and sexual harassment are also issues, especially for women entering fields dominated by men.

But here’s the good news: There are women breaking ground in nontraditional work roles here, and they are thriving.

Lindsey Eaverson is one of them. Eaverson, who is the construction manager of FrontLight Building Company, oversaw her first multimillion dollar custom home on an infill lot in midtown Atlanta at the age of 24. Now, she is in charge of multiple building projects in Beaufort and Bluffton, and she hasn’t even hit 30. 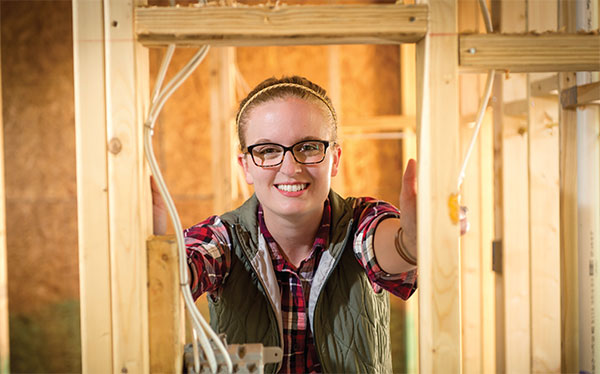 “If you make your job about your gender, it isn’t going to work. Make it about your abilities, your strength, your dedication and passion,” she says. And she encourages women not to be intimidated to enter fields dominated by men. “It’s a cultural issue, a problem with ‘That’s the way it’s always been done.’ I truly believe, though, that this can be solved by women doing what they want in life, unapologetically.” 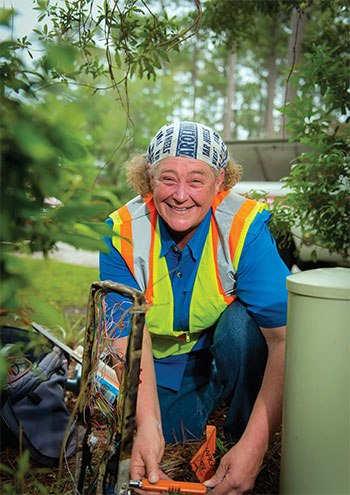 “When I moved here, I was certified to operate a forklift, a hydraulic crane, rubber tire backhoe, track hoe, long-arm excavator and had six months training on a friction crane.   But after being laughed at and offered low-paying labor type positions, I learned the trade of utility locator and moved on,” she says. “I dealt with a lot of disrespect in the field, mostly sexual harassment — although it was never called that by name. It was always ‘sweetie,’ ‘honey,’ ‘darling.’ Lots of cackling whistles and horn blowing. Now, I’ve been here long enough and am good enough at what I do that there is a mutual respect from my customers and contractors. Now I’m Ms. Deborah.”

Despite some of her experiences, she’s not hesitant to encourage women to pursue new career options. “Go for it,” she says. “You may have to be a little better in the good old boy association, but it’s worth it. Work smarter, not harder.” 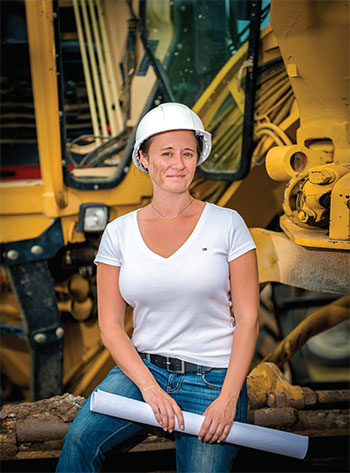 After 20 years in resort and club management, Danielle Hohl has entered a whole new world as the construction manager of Construction Management Services of Beaufort, a commercial and residential construction management company that has worked on projects such as the new Callawassie Club House and several homes in Habersham, and was part of the generator project for Callawassie that was instrumental during Hurricane Matthew. Hohl’s organizational skills, as well as her self-described “thick skin” when it comes to business, have allowed her to transition into a job where managing so many moving parts and people can be extremely stressful. Her communication skills and her ability to multitask set her apart from her male counterparts.

“Phone calls, emails and text messages all happening at the same time for multiple projects could send anyone over the edge, but not me,” she says. “It’s all about keeping everyone in the loop and on the same page to operate efficiently and successfully. CMS has a stellar reputation in the very short time we’ve been in business, which is just over a year, because we don’t leave anything to chance.” 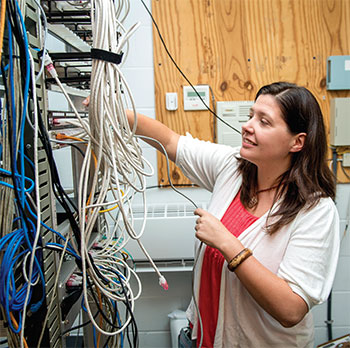 Joni Graybill was always good with computers and technology, and after leaving a longtime career in retail management, she decided to go back to school to get a degree in computer technology. Now, as a system support specialist for the town of Bluffton, she says that she has been extremely fortunate to be doing something that she enjoys while succeeding in a male-dominated field.

“I was told early on by a female professor that as a woman in this field, I had to hold myself up to a higher standard, and that I couldn’t just skate by because some people would be waiting for me to fail or fall into expected stereotypes,” she says. “I took that to heart and always strive for impeccable performance.”

Having previously followed what many consider a more traditional career path for a woman — and noting that she actually encountered a lot more resistance as a woman in a position of authority during her days in retail management than she has while working in the IT field — Graybill says she has important advice for other women who are thinking about entering a traditionally male-dominated industry.

“If there is an area of STEM, or any other male-dominated field, that you are passionate about or have a clear aptitude for, don’t hesitate for a moment in pursuing that goal,” she says. “I wasted many years of my life working in retail because I thought I didn’t have any viable skills beyond my art degree. You may encounter resistance or dismissal, but don’t be intimidated. They are the ones who are lacking, not you. Ignore them and keep moving forward.”