But while she was in business school, Goff had the opportunity to interview William Rosenberg, the founder of Dunkin’ Donuts. “He was so inspirational. He gave me the biggest piece of advice I ever got: ‘Sherry, take an old idea and make it better.’  That’s exactly what he did with those old corner coffee shops.” 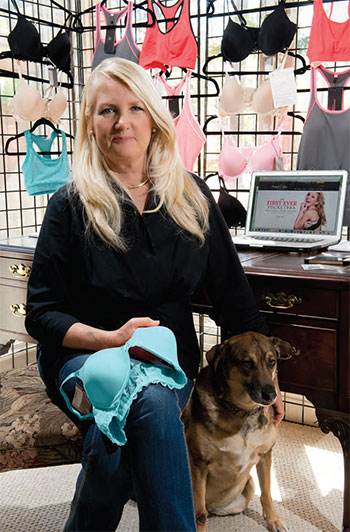 And that’s exactly what Goff has done with the oldest of women’s garments, the brassiere, giving it something women have been wanting, needing or already sort of making on their own — pockets.

The idea for Goff’s PocketBra by SherryWinks came to her one morning on a walk with her dogs. “I thought, ‘Man I wish my bra had pockets.’ And then the entrepreneur in me came to life, and I interviewed my friends about the idea, and they were pulling out all kinds of things from their bras,” she said. Goff knew then she had hit on something women could and would use, if given the chance. So she went to see a patent attorney, who did some research and helped her file for her first patent in the spring of 2011. A second patent was filed the same year.

Goff now has four utility patents, with three more patents pending for her idea’s many variations. The bra is designed with a lined pocket in the band that stretches under the arms; both cups have pockets in them as well.

“My daughter was in college at the time and she was losing everything. Her college ID, her room key … and every time you have to replace her college ID it’s $50. So she just sticks it in there and she’s good for the day,” says Goff, who sees her product as a way to fix what’s missing in today’s fashions. “Fashion has evolved, but function hasn’t kept up. A lot of fashion nowadays doesn’t have good pockets. At sporting events you’re not allowed to bring in purses anymore, or they have to be clear.”

The feedback she’s gotten from women around the world has been rewarding.

“So many stories I get,” she says. “Diabetic women thank me up and down because there’s nothing pretty out there for their insulin pumps.”

Goff currently offers her PocketBra online in one style, two colors and 10 sizes, “which is nothing when it comes to bras,” she acknowledges. And she’s learned that entrepreneurship is harder than she ever imagined it would be.

“Design, manufacturing, shipping, warehousing, marketing, oh my god. I thought you put up a website and then people start clicking on it,” she says with a laugh. “It was a real eye-opener.”

A year and a half ago, with all three kids grown and gone, Goff moved to Hilton Head from her home in Massachusetts. “My two dogs and I got into a car and drove down to a house sight unseen; we just needed a new start,” she says. “And it’s the best thing I’ve ever done.”

Here she was helped by the Hilton Head Island Economic Development Corporation and was put in touch with Andy Neri, former president of Thirty-One Gifts, who helped her weigh her options.

“That was really key,” she says. “It’s tough as an entrepreneur to step away from the fire and take a macro look at things rather than a micro look on a daily basis.” 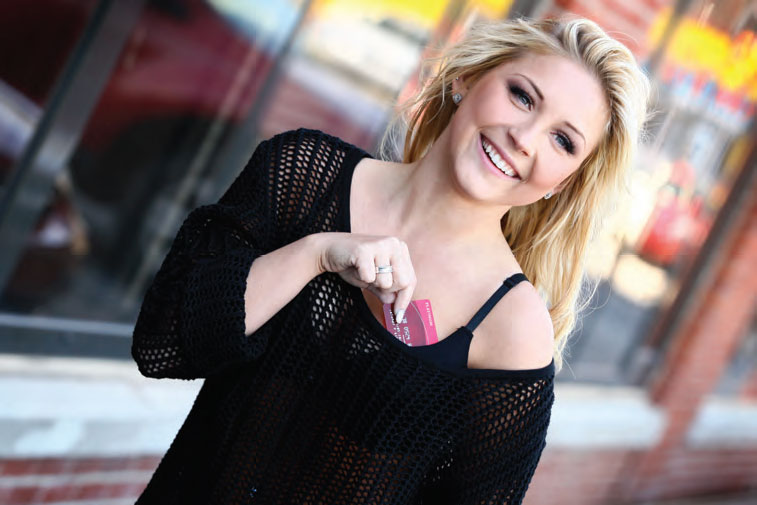 They agreed the best move for Goff’s business was to sell it to a large, established brand with the resources to help it reach its potential.

“There’s no way I can compete with the billion-dollar companies; I can’t compete with Nike or Under Armour or Maidenform. It’s just silly for little Sherry to even try,” she says. “It’s a brand, but it’s so small that someone could take it and brand it the way they wanted.”

With athleisure one of the hottest segments of the apparel industry, Goff is hopeful her idea will catch the eye of a major brand, and she’ll be able to take a break from the business and enjoy her success. But she’s thrilled to have gotten a chance to realize her dream of entrepreneurship after all these years.

“It’s a roller coaster. You have good days and bad days. I’ve had jobs before, but working for yourself is tough,” she says. “But it’s so rewarding.” 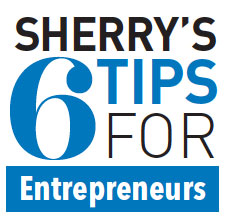 1.  Find a problem and solve it. That is your opportunity.

2.  Don’t listen to the naysayers. Everyone is going to tell you why it can’t be done.

3.  Trust your gut. Everyone is going to tell you what to do. Your gut is the one that will be right.

4.  Settle in for the long haul. Persistence will prevail.

5.  Don’t let money be an obstacle. Necessity is the mother of invention.