Do you often think of South Carolina as an innovator in education? Most of us would answer that question with a resounding no.

According to EdWeek.Org, a national organization that ranks all 50 states (along with the District of Columbia), South Carolina schools come in as 43rd nationally, with a numeric score of 69.6. Compare that to Massachusetts, which ranked No. 1 with a score of 86.8, and Nevada, coming in dead last with a score of 65.2.

To further dig into the numbers, South Carolina received a grade of C for students’ chance for success, a D for kindergarten through 12th grade achievement and a C for financial support. Certainly, we can do better for our state’s children.

So why would I ask about South Carolina being an innovator in education?

The answer: Have you heard about the South Carolina Governor’s School for the Arts and Humanities, located on the former Furman University campus in Greenville? Gov. Richard Riley, who also served as President Bill Clinton’s Secretary of Education in 1989, established the Governor’s School as a residential program for gifted and talented high school students in a visionary, non-traditional arts conservatory. In 1996, Gov. Carroll Campbell appointed a study commission to determine whether the state could afford to build the school. It was determined that the state would commit $12 million to create a residential high school if an equal amount could be raised from the private sector. The Greenville community, with support from throughout the state, came together and raised $14.5 million and, in 1999, the Governor’s School opened its doors to the inaugural class of juniors. 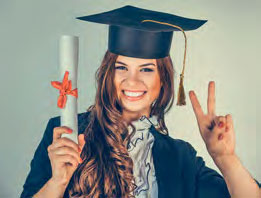 Today, the school provides exceptional arts, humanities and outstanding academic programming for 242 residential students from all over South Carolina.  For 13 years in a row, the school has been recognized as a Palmetto Gold Award Winner. The students regularly turn in SAT and ACT scores that are above both state and national averages, and are ranked in the top 1 percent of public high schools in three national polls.

One must ask how the Governor’s School does this in a state well-known for poor public school performance. Dr. Cedric Adderly, the school’s president, points out that the school has a long tradition of creativity and scholarship in a community that nurtures mutual respect and supports academic excellence.  Students are recruited from almost every county of South Carolina on the basis of their individual artistic or writing talent. As a public residential high school, the Governor’s School attracts a student body that is reflective of the population of South Carolina as a whole. There is a community of students that is racially diverse and a mix of both boys and girls, with all socio-economic groups represented. The excellent faculty and staff at the school take these young and talented South Carolinians and turn them into successful students. The Governor’s School students often earn scholarships to the most competitive colleges and universities in America. Students are regularly accepted into Ivy League schools, the Juilliard School and other fine institutions before moving on into careers in acting, dance, music, medicine and law.

In 2015, 100 percent of Governor’s School students graduated and were accepted to colleges.  In addition, they received over $29 million in scholarships.

As citizens of South Carolina, we should be proud of what has been created at the Governor’s School. Our state has been successful in attracting new industry with BMW, Boeing, Volvo and other businesses, and we need an school system that can both provide a well-educated workforce and allow those companies to recruit workers to South Carolina. There is a need for a balanced approach to serving our state’s youth, and the South Carolina Governor’s School of Arts and Humanities can serve as an example of how innovation can fill a niche and make us all better for it.

Elihu Spencer is a local amateur economist with a long business history in global finance. His life’s work has been centered on understanding credit cycles and their impact on local economies. The information contained in this article has been obtained from sources considered reliable but the accuracy cannot be guaranteed.