CLELAND SITE PREP CONTINUES TO BE A MAINSTAY IN CONSTRUCTION

It’s difficult to name an industry more susceptible to boom and bust cycles than construction, so when a business in that sector has been successful for more than 50 years, it’s a safe bet that they are doing a lot of things right.

Lowcountry-based Cleland Site Prep, Inc. is one such business. The nature of construction site prep work can make it difficult to grasp the company’s reach. It’s not until one starts to note the number of their company trucks on the highway and their signs proliferating across construction sites that it becomes evident how much the company has helped shape the area.

“We’re fortunate to have been in one place as long as we have,” said Avery Cleland, president and CEO. “It’s 52 years now. We managed to stay here and have a wonderful, wonderful team due to the values that my father instilled upon me as a young child and a young man. Practice integrity and treat everybody like you want to be treated. That’s really the key to us having a great team. We look at our employees as our teammates.”

Undeniably, the Cleland management staff has industry knowledge and experience that runs three generations deep, and they pay painstakingly close attention to the financials. But Avery firmly believes that Cleland’s people are what distinguish the company from its competitors. He uses the word ‘wonderful’ a lot when he talks about the team at Cleland…a whole lot. 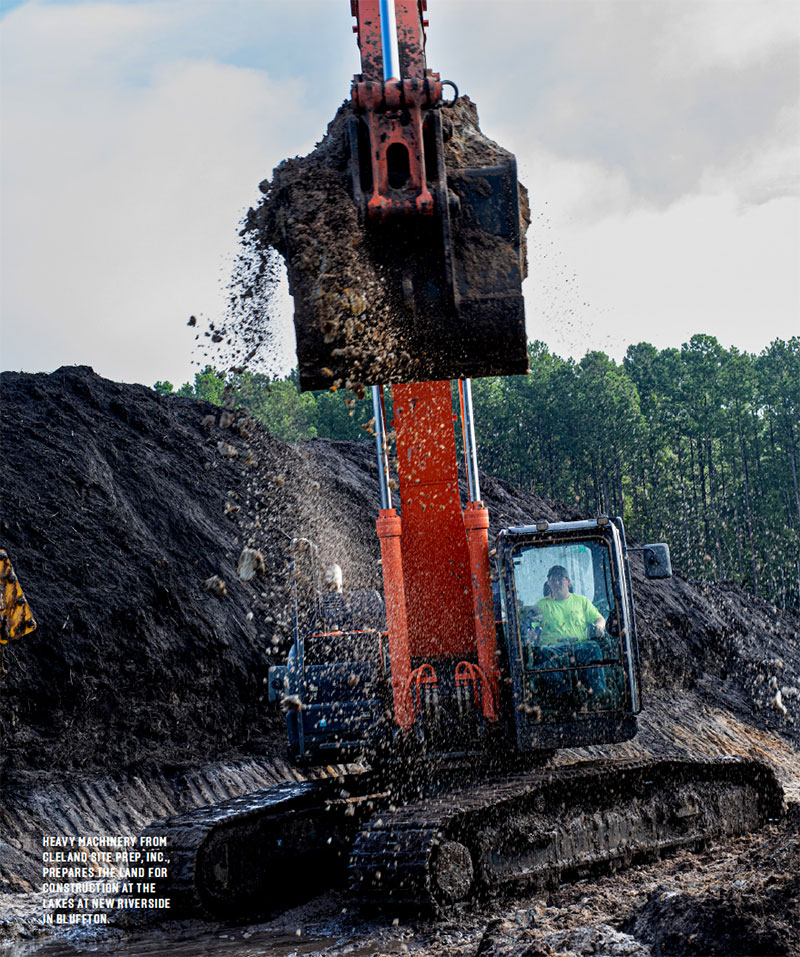 “I like our industry and I love our team,” Avery said. “I love our employees. I have the greatest respect for every one of them. That’s the way my father raised me. That’s why we have such a wonderful team. It’s gratifying and satisfying.”

The company’s commitment to its employees is reflected in competitive pay and benefits; the use of the most modern equipment and technologies and a longtime practice of promoting from within the ranks of employees. Those practices have paid dividends in the form of long employee tenures, many of whom have been with Cleland for 20 years or more.

Cleland got its start with Gene Cleland, Avery’s father. After a long string of jobs in the construction industry working for others, he had an epiphany.

“One morning I said to myself, ‘If I can help these people make money, I ought to make it for myself,’” Gene explained. “So I told my wife that I was going to go into business for myself. I don’t know if I ran it or it ran me for a while.”

Using a few dump trucks and a single loader, Gene began the business clearing and preparing land for the construction of single-family homes. That was 1970. Avery took over the management of the business in 1986, when there were 25 employees. Today there are about 250 with a market that extends from Charleston to Brunswick, Ga.

Currently keeping the company busy are residential development projects including Palmetto Bluff’s Moreland Village and the Four Seasons at Carolina Oaks, both in Bluffton. Beaufor t St at ion, a 200,000-square foot commercial development on Robert Smalls Parkway in Beaufort, is a major commercial project north of the Broad River. Past projects include the course at Congaree Golf Club, hangars at the Marine Corps Air Station Beaufort and work at the Parris Island Marine Recruit Depot.

There are several divisions that operate under the umbrella of Cleland Site Prep, doing work in the residential, commercial, government and energy sectors. 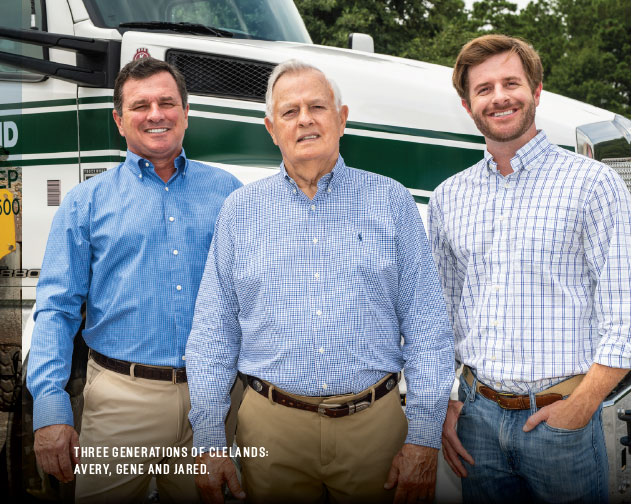 Cleland Constructors handles the heavy site work. There is also an equipment division and a division that handles land development.

“We used to just clear and fill land,” Avery explained. “Now we actually perform all functions for land development. We can work with the engineers to get it permitted. We also clear it, move the excavations. We put in all of the wet utilities – water, sewage and storm drains. We grade it. We put the base on it, the curb, sidewalks. We pave it. We put the grass on it. We’re a turn-key site contractor. We do everything but the buildings.”

At one point, the company built the buildings, too. They remain licensed to do so, but it is no longer a focus of the business.

Avery’s love of the business is clear. He started working for his father while still a child. Many years later, his enthusiasm has not been dampened.

“I had worked in the business since I was 6 years old – summer vacations and holidays. I just loved it. I started off picking up roots and working in the shop repairing equipment.”

After a stint at a technical school, Avery realized that he didn’t love the classroom as much as he did working in the family business. Accordingly, he went back to work full time. Shortly thereafter, he met and married Janet.

There’s now another generation of Clelands involved with the business. Daughter Lauren Cleland Niemiec, an attorney, serves as general counsel and runs the real estate division. Son Jared Cleland is a project manager responsible for much of the day-to-day field operations.

Avery said that Cleland Site Prep is well positioned to continue to thrive for at least as long into the future as he’s willing to conjecture. He hinted that some changes to the company are coming, but said the details won’t be fully available for another couple of months.

“The intent is to ensure that the company is safe and secure, and our wonderful team will be in place for another 50 years,” he said. “I’ve put a lot of effort over the years to build a team that will carry on for the good of everybody here.”