CAROLINA GROWN AND AMERICAN MADE, COVERED IN COTTON GIVES BACK

The story of Covered in Cotton is one written in miracles, signs and wonders. Starting in tragedy and heartbreak but carried along by hope and a determination to create positive change, it’s ultimately a tale of faith in action.

The first miracle came, appropriately enough, on Christmas Eve 2015, when young Tobin Woodard defied all the odds to beat a severe case of bacterial meningitis at just 3 months old.

“On his first Christmas Eve, he started having seizures and we had to go in for emergency brain surgery to relieve the swelling. That was certainly the scariest time of our lives,” said Tobin’s mom, Tracy.

It was a 35-day fight, with Tracy and husband Ty at Tobin’s side through the whole thing. At their lowest, Tracy remembers a simple act of kindness that got them through it — the gift of a blanket from one of the nurses. “It was practical, but when we came home we saw it as a symbol of the Lord comforting us in the darkest days we’d experienced.” 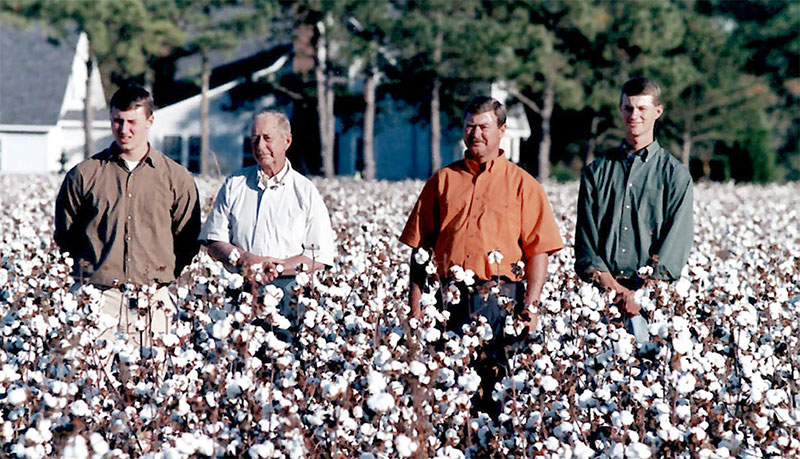 And it’s always darkest before the dawn.

“The doctors told us that we had witnessed a miracle. They cautioned that at the very least he would lose his vision, and if he did survive, he would never developmentally progress past 3 months old.”

With their child now in perfect health and recently having graduated kindergarten, Tobin Woodard serves as a walking, talking miracle and an inspiration to his parents.

But his is not the only inspiration to be found in Covered in Cotton’s story. The second miracle that defines the company came at its genesis, when Tracy was awakened by divine intervention. The Woodards had come to live on Ty’s family farm, where his family had raised a number of crops for three generations. Pr imar ily, they were a commercial crop farm, raising the feed for livestock and peanuts for use in candy bars and peanut butter. 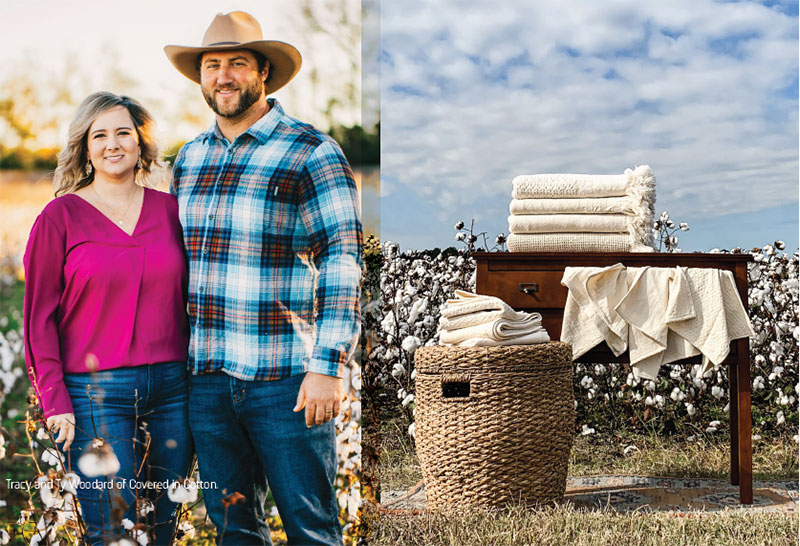 But Tracy saw a way to do something more.

“In 2017, the Lord woke me up from a dream and it was the vision for Covered in Cotton. The name, the logo, using our cotton for blankets… I wrote everything down that the Lord had showed me, woke Ty up and said, ‘This is what we’re supposed to do.’”

The Woodards were already growing cotton that was distributed all over the world, but Tracy’s vision showed something more personal. They would take their cotton to make blankets, giving small textile businesses around them a chance to be a part of something great.

“It would have been a less expensive and easier process to send it overseas. But we wanted it to be made in America,” said Tracy.

To make each blanket, the cotton is sent from their farm in Darlington County (about 170 miles from Beaufort County) to a gin in Hartsville, then up to North Carolina where the yarn is spun in Thomasville, plied in Hickory, then shipped to Blacksburg, Va., to be woven. The finished blankets are then sent back to the Palmetto State to be sewn in Lamar. 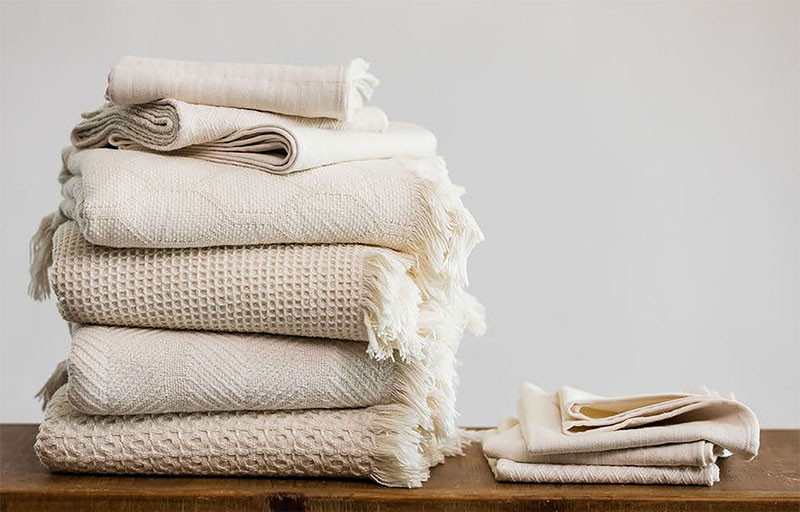 “It’s a 500-mile round trip, but no one piece of the puzzle is more than 150 miles from our farm,” said Woodard. “That’s one of our favorite parts – living in rural America, being able to connect with other businesses… it’s fun to be able to tell their story.”

But the story doesn’t end there. Inspired by the blanket that brought them so much comfort in their hour of need, Covered in Cotton donates blankets to hospitals.

“Since November of 2018, we’ve donated 843 blankets to five different hospitals,” said Tracy. “And that’s the best part of what we do.”

Their homespun operation got a major boost in 2019 when they were featured in Garden & Gun’s “Made in the South” feature.

“We had no idea of how big a deal that was at the time,” said Tracy with a laugh. “Literally overnight things went crazy… we’ve more then doubled year over year every year since.”