All eyes turn toward the flag on Independence Day, but for Max Berry and his business partners, Katie and Wes Lyon, admiration for Old Glory is always front and center.

It was an idea born from necessity.

“Wes and I were in the same MBA program at the College of Charleston,” Berry said. “It just so happens he’s married to Katie, who I went to middle school with. When we bought our first homes in the same neighborhood, one of the first things we did was look for an American flag for our front porches.”

But everywhere they looked — from Amazon to big-box stores — they found flags that were mass-produced overseas and made from cheap materials. 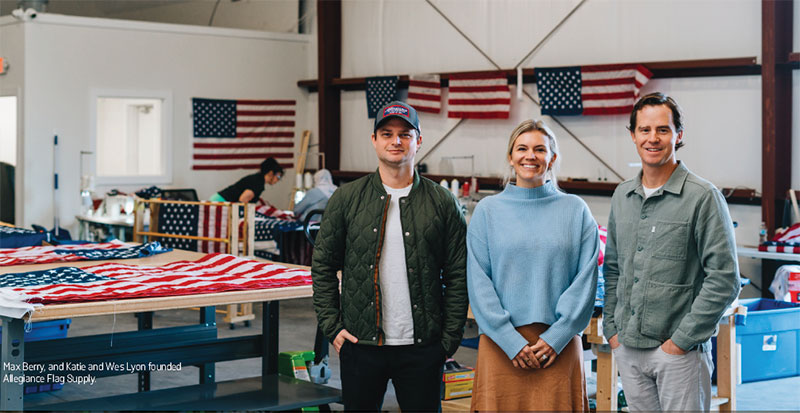 “We are of the mindset that the American flag deserves to be made better — and definitely made here in our country,” says Berry.

Deciding others might feel the same, they did some research and put together a business plan.

“We all had full-time jobs and started it as a side business in Wes and Katie’s garage,” he adds.

Not wanting a flag that was simply “spit out of a machine,” the three located a family-owned factory in Georgia that employed third-generation seamstresses. Together, they experimented with various materials, threads, and techniques to create a better flag.

“We made the Rolls Royce of American flags,” laughs Berry, explaining that each star was sewn on by hand, requiring eight hours of work and 100 stars to cover both sides of the flag. “We had to sell it for $200, so we decided to pivot and went for the Cadillac version instead.” 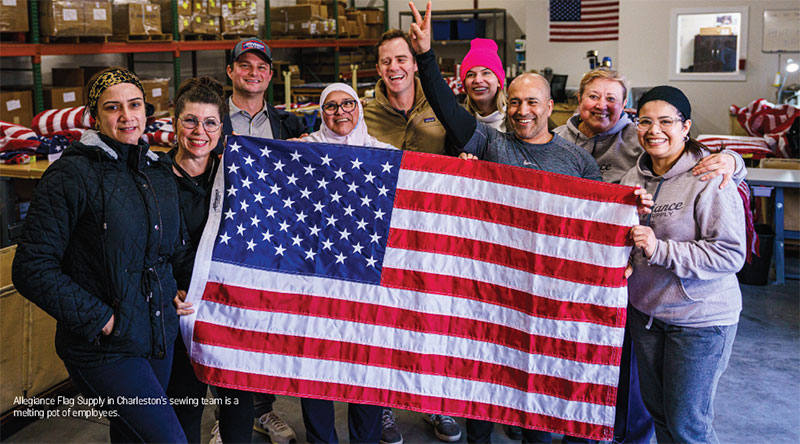 After trying various iterations, the company settled on American-sourced nylon for durability and double needle lock-stitching for fortification, while forgoing the hand-sewn stars.

“It’s still the nicest flag in the world,” confirms Berry.

When they finally launched their website, the team anticipated an influx of orders. 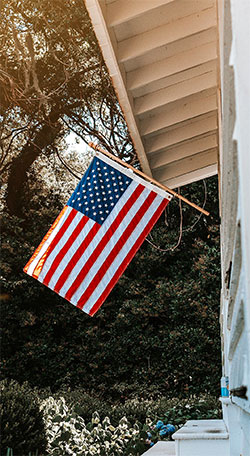 “You know those businesses where things just take off?” asks Berry. “We’re the opposite of that. It was crickets for a long time.”

Undeterred, they kept tweaking their product, looking for top-of-the-line American sources for everything from threads to the metal hardware needed to display the flag, as well as metal “spinners” that keep flags from getting tangled around flagpoles.

They also changed up their digital advertising, emphasizing stories about hard work, unity, and freedom — all the things the flag represents.

Then the COVID pandemic hit.

“Right away there was this demand for online ordering that worked in our favor,” explains Berry. “There also was this increased sense of patriotism and a realization that maybe it wasn’t the best idea to rely on other countries to provide all of our products.”

Sales jumped over 4,000 percent, prompting the trio to leave their day jobs, hire some 20 workers, and eventually move everyone into an 8,000-square-foot warehouse in North Charleston.

Today, the company is humming with activity.

“We’re cranking out flags and loving it,” says Berry, adding that he’s proud to produce a product that represents all Americans. “Our buyers are people who lean left and lean right. It’s the makeup of America — a melting pot — and our employees are the same.”

The sewing team includes several veterans, a gentleman from Morocco who just earned his citizenship, a Native American, and several women who speak Spanish. Shanie Cooper, a third generation seamstress and veteran, supervises the entire crew.

“I orchestrate the room,” she says, adding that in addition to making sure everyone hits their quotas for the day, she also fixes broken machines and keeps positivity alive. “We play music, dance and sing every day.”

Even on days when the circuit breakers trip or every machine decides to quit, Cooper rallies the tight-knit group to stay focused and cheerful. 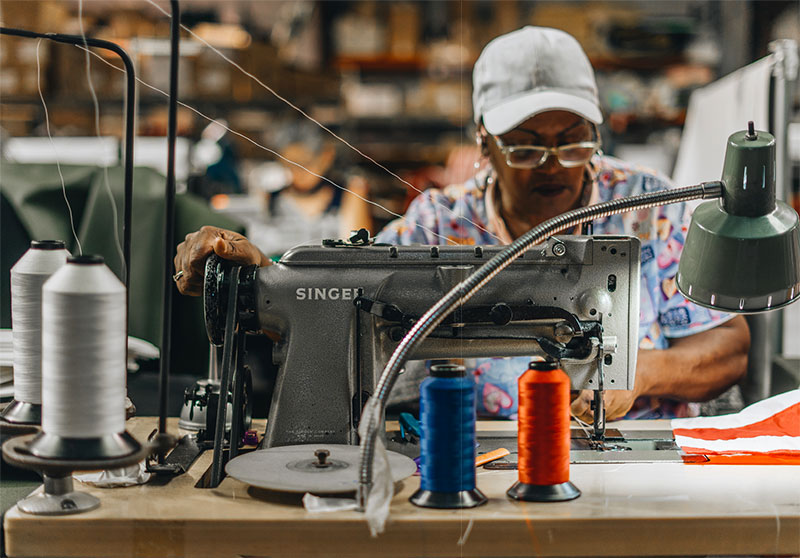 Short cuts are never taken, she assures me, which is confirmed by the handwritten notes of appreciation that hang from the workplace bulletin board.

The company is also committed to giving back and generously donates both flags and dollars to military non-profits like Stop Soldier Suicide.

“The American flag is the ultimate symbol of freedom,” Berry concludes. “When we go to sleep at night, we can smile because we know we are making a great, great product and doing it the right way.”