BY JAMES A. MALLORY | PHOTO BY RITTERBECK PHOTOGRAPHY

Bobby Heuser has done many things in his young career, including earning a degree in mechanical engineering, an MBA and working in private equity, strategic consulting and banking. But he never forgot a childhood dream of owning a family business.

His dream turned into reality seven years ago when Heuser, 38, and his parents, Bob and Renee, opened Heuser Ace Hardware at Buckwalter Place.

Heuser Enterprises expanded to include locations in Hardeeville and on Pawley’s Island. Its most recent acquisition was Paint & Paper Tiger, a nearly 50-year-old landmark business on Hilton Head Island.

The Heusers, who now have 100 employees, are expanding their business in an environment that poses challenges from big-box home centers and online retailers. Bobby Heuser, president of the firm, says being local has its advantages.

“When we first opened, we had a staff of 12,” he said. “The community got what we were trying to do. They supported us. They still want locally owned, and they still want service.” 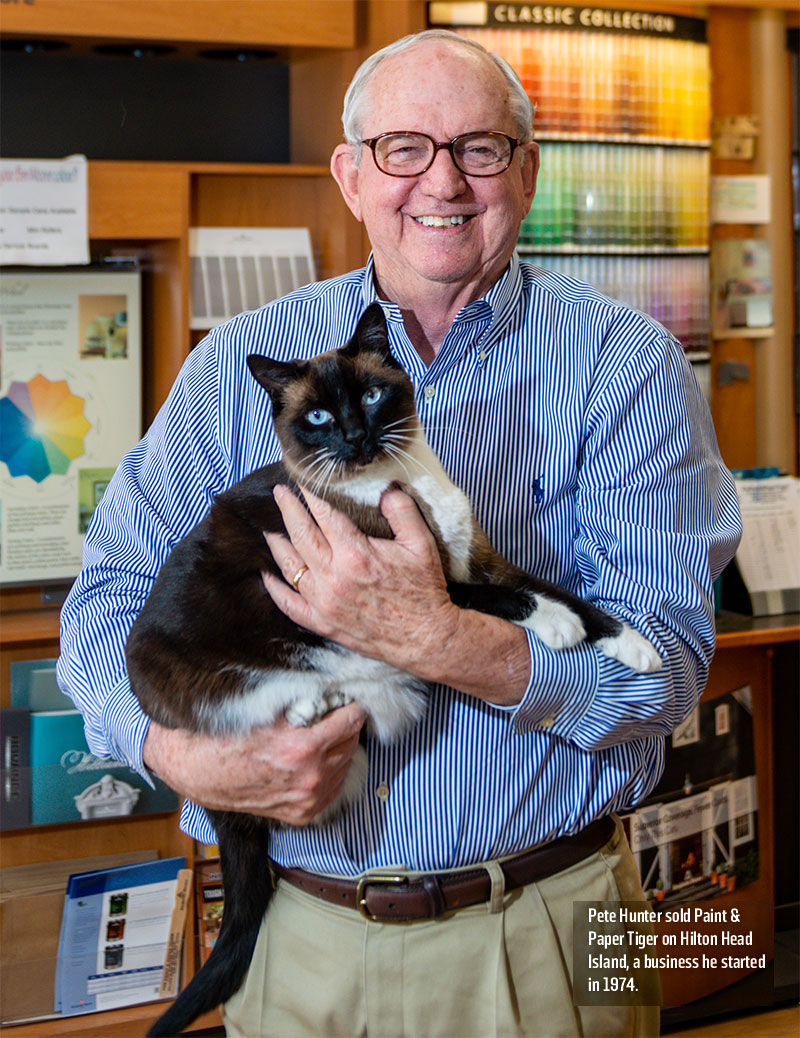 According to the North American Hardware and Paint Association, there were 18,700 independent hardware stores in the U.S. in 2021. There were between 11,000 and 12,000 individual paint and decorating stores, said Dan Tratensek, NHPA’s chief operating officer.

The Heusers, originally from Maryland, searched markets from Florida to Maine, looking to establish a business with roots. Hardware appeared to be a stable industry, and Ace had the “best reputation,” Heuser said.

Their search landed them in Bluffton, where they built a store that represented an old-fashioned “main street” look with arched windows and a marquee. The success in Bluffton led to the purchase of a hardware and paint store in Hardeeville and an Ace hardware on Pawley’s Island. In February, the Heusers expanded their paint business to Hilton Head by purchasing Paint & Paper Tiger, a family business started by Pete Hunter in the 1970s.

While the Heusers are recent Lowcountry transplants, Hunter’s family came to Hilton Head in 1963 from St. Croix, where they were in the hotel business. After college and a stint in the military, Hunter worked as a sales representative for Union Carbide. Wanting to change careers and return home, Hunter bought a six-month-old paint store from an owner looking to sell.

Paint & Paper Tiger – a named conceived by a friend in the advertising business – has always sold Benjamin Moore paint, Hunter said. The competitors were Grayco and another independent paint store when he started.

“Ignorance, stupidity or stubbornness,” Hunter said about surviving the lean years before the island’s population mushroomed. “There were a good number of years where things flowed freely. I can’t say it was easy, but it wasn’t extremely difficult. Today you have to be bigger.”

Hunter said he had a solid clientele base until the financial collapse of 2008, which he called a “defining point in business” on the island.

“If you talked to most business people who are astute about what is going on, they will tell you that we are just coming back to where we were,” he said. “You would be hard pressed to find individuals who were independent and survived. It was devastating in our industry.”

Hunter said he decided to sell Paint & Paper because he was not in a position to take the store to the next level.

“I think the buyers are beautifully positioned to do what they want with it. I worked hard to give them a very good base.”

Paint & Paper will remain a paint store, Heuser said. There is an Ace Hardware on the island, and Heuser said he has a working relationship with them.

“Pete said he wanted to sell to someone who had the same values,” Heuser said. “He wanted to make sure his employees were taken care of. We are looking forward to going into business on the island.”

The expansion to Hilton Head is one more step to fulfilling a family goal and a childhood dream.

“To actually see the dream come to life is, to put it simply, awesome,” Bobby Heuser said. “Quite frankly, I can’t imagine having done anything else with my life.”