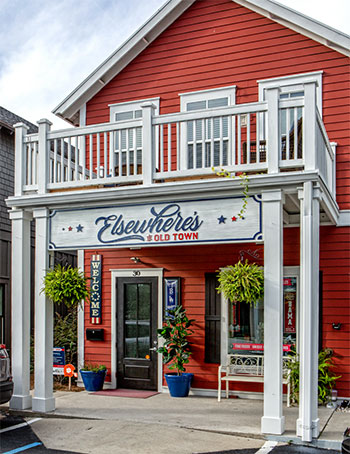 A Mike Trout rookie card sold last year for nearly $4 million. This summer a Patrick Mahomes rookie card sold for $4.3 million, and a rare T206 Honus Wagner card was bought in an online auction for $6.6 million.

Big money. But the business of sports cards isn’t only about who is awarded the highest bid.

Krzyzyk said he can still feel a childlike rush of excitement when he opens a pack of cards.

These were purchased not for him to sell, but for his personal enjoyment. Krzyzyk was looking for Tim Duncan or Kobe Bryant or Steve Nash.

He tore open the first pack and was rewarded with an “immaculate” Kobe Bryant card.

A few moments and open packs later, he had pulled each card he was looking for. 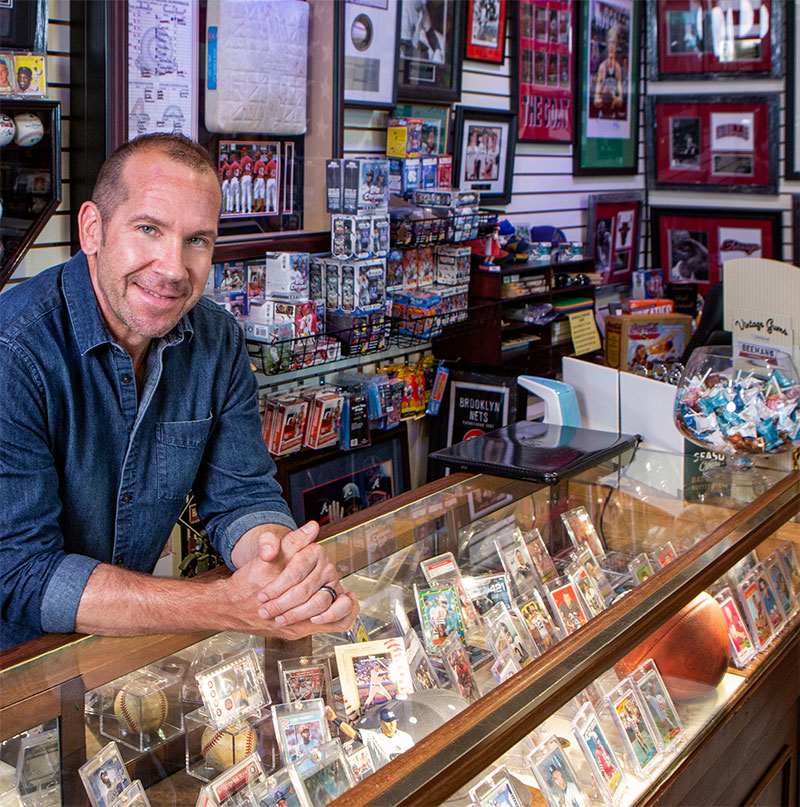 The hint of nostalgia permeates through Elsewhere’s in Old Town, from a vast collection of quality sports cards to packets of Big League Chew and a working NBA Jam arcade set up in the back.

You may find vintage cards of Joe Namath or Mark McGwire. There are photos and artwork of Michael Jordan and Mickey Mantle.

The shop includes the popular Dugout Mugs, commemorative plates and caps, books for children, and selections from popular businesses such as Savannah Bee Company and Terrapin Ridge Farms. Essentially, Elsewhere’s in Old Town offers something for everyone.

But cards are the appeal. 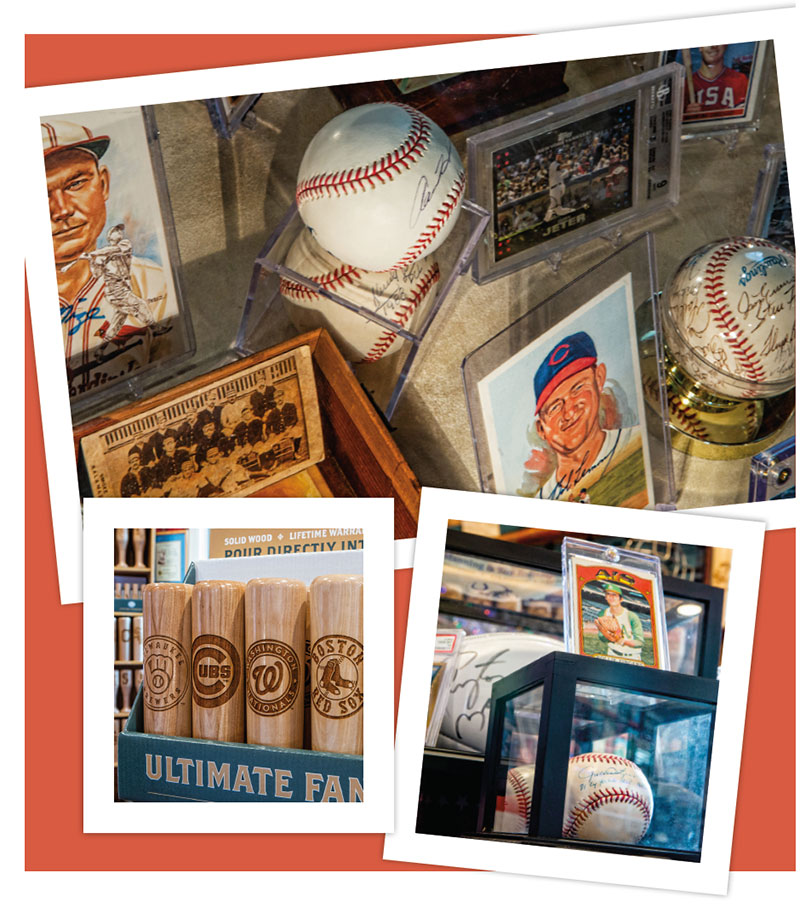 Football and basketball cards are popular, but baseball is still in most demand.

“Baseball is America’s pastime sport, no one can deny it,” Krzyzyk said. “What’s driving the market? Baseball is.”

Krzyzyk moved from Wisconsin to Bluffton with his wife last year. After visiting the Lowcountry on prior trips and spending countless hours at Reminisce, a collectible shop formerly owned by Jerry Glenn, Krzyzyk took over the space on 30A Promenade Street from the retiring Glenn and officially opened his own shop this spring. 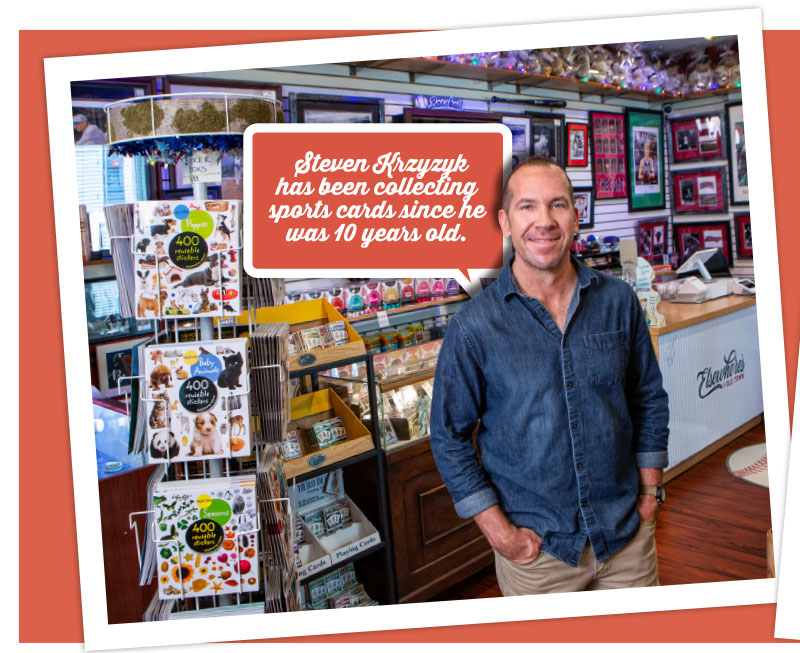 He’s collected cards as a hobby since he was 10 years old — ever since admiring a 1981 Topps Joe Montana card — but it wasn’t until about 15 years later that he realized some sports cards had significant value. He continued to fill binders with cards, but it was upon the move to Bluffton when Krzyzyk decided to turn his investment in cards into his own business.

Krzyzyk says he sees a variety of customers, from high-end collectors to teenagers looking to quickly flip cards for more valuable ones, to kids just looking for their favorite players.

“It’s all over the board,” Krzyzyk said. 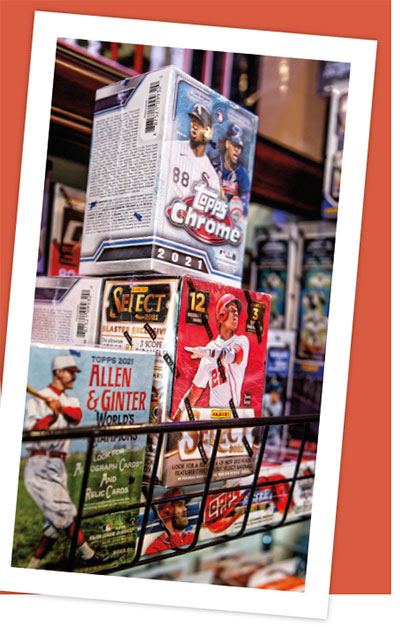 The COVID pandemic has helped lead to a spike nationally in sales.

A 1952 Topps Mickey Mantle card sold for $5.2 million in January. EBay said in a February report that sales of trading cards in the United States grew 142% from 2019 to 2020. It also sold 4 million more cards than the prior year.

This year’s National Sports Collectors Convention in Chicago was the second-most attended event in its history, according to the event’s website.

As a small, locally owned business, Krzyzyk does his best to compete with large dealers such as Target and Walmart.

Packs of cards in Elsewhere’s can range from $8 and above, with popular boxes ranging from $40-$1,000, depending on the brand and year, Krzyzyk said.

Yes, some cards are highly valued, but opening a pack of cards still offers a moment of tense anticipation, a giddy sense of wonder and possibility.

“What’s cool is when a kid will open a box, and he pulls a really expensive rookie card. It’s like, ‘Wow, good for you,’ ” Krzyzyk said.