It’s the dream-car purchase for so many. The Ultimate Driving Machine signifies the highest level of sophisticated engineering for autophiles. An achievement once thought to be purely German is manufactured just 235 miles up I-26.

BMW made a huge bet on South Carolina in 1992, buying 900 acres of peach orchards in Greer and Spartanburg.

Few natives realized the impact the car giant’s first U.S. manufacturing plant would make, even when the first American-made BMW 318i rolled off the production line in 1994.

More than a quarter century later, the company has invested close to $11 billion in the plant, a seven-million-square-foot campus that encompasses enough space for 150 football fields.

The Spartanburg facility has been at the forefront of BMW Group’s heavy push to make BMW a leader in the evolution of the electric vehicle and has produced most of the vehicles that have made the company the top U.S. auto exporter for seven straight years.

In 2020, the plant was responsible for exporting 218,820 of its sport activity vehicles and coupes, a total retail value of $8.9 billion. The ripples of such output have a wide-spanning impact, as ports in Charleston, Savannah and Brunswick, Ga. have become the main centers to ship out the cars to more than 125 countries.

The plant employs more than 11,000 workers who have built houses and pumped billions of dollars into the local economy. Research out of the University of South Carolina shows that for every 10 jobs BMW has created, 90 more jobs are sustained thanks to supplier network jobs and consumer spending.

The transformation of those peach orchards has led to an evolution of nearby Greenville, a city that has undergone a 25-year-long extreme makeover from an economically depressed city to one of 2019’s Top 10 Best Places to Live, according to Livability.com.

The state gave BMW Group more than $200 million in tax breaks, the type of investment that has attracted more than 400 auto-related companies to South Carolina, accounting for 66,000 jobs and an economic impact of $27 billion. The company’s success was cited as a main reason Volvo Cars built its first U.S. plant in the Charleston suburb of Ridgeville in 2015.

The company has been equally active in giving back to the local community. Its sponsorship of the Korn Ferry Tour’s BMW Charity Pro-Am golf tourney has raised more than $14 million for South Carolina non-profits over the past 20 years.

The Spartanburg plant is a manufacturing marvel, with 2,000 robots, two immense body shops, two paints shops, two assembly halls and a logistics division. The facility has its own railyard, which ships the cars to the ports for delivery to far-flung destinations.

And there are a lot of cars. Plant workers celebrated the production of the five millionth BMW built in the U.S. in 2020.

“When BMW announced more than 28 years ago the decision to locate the company’s first North American manufacturing operations in South Carolina, it was a true game changer for the Palmetto State,” said S.C. Secretary of Commerce Bobby Hitt. “The fact that our state remains the leader in the export sales of completed passenger vehicles, particularly during a challenging year, is a reflection of the incredible commitment and partnership between BMW and South Carolina.”

Corporate communications manager Sky Foster was the fifth employee hired at the plant in 1993 and was the person tasked with hiring the plant’s first 100 workers from an application pool of more than 160,000 applicants.

“There’s constant learning here and we want to remain on the cutting edge,” Foster said. “We have not stopped growing since Day 1. We continue to value the best lessons of the ‘start-up’ experience: commitment to a vision, working hard but also smartly, building strong teams, and valuing multiple perspectives to arrive at the best outcomes.”

The coronavirus shut down the plant for a five-week stretch in March and April 2020, but the staff returned with strict safety guidelines and procedures and produced nearly 218,000 BMWs over the last six months of the year — a record for any half-year stretch in the factory’s history.

The Spartanburg plant has become an incubator of innovation for BMW Group in evolving production to meet the changing automotive landscape. The company invested in a 2019 expansion of the plant’s battery assembly hall, allowing for a greater focus on hybrid electric vehicle production. The automaker’s two main hybrid electric models, the X3 xDrive30e and X5 xDrive45e, made up 13 percent of the plant’s total production in 2020. 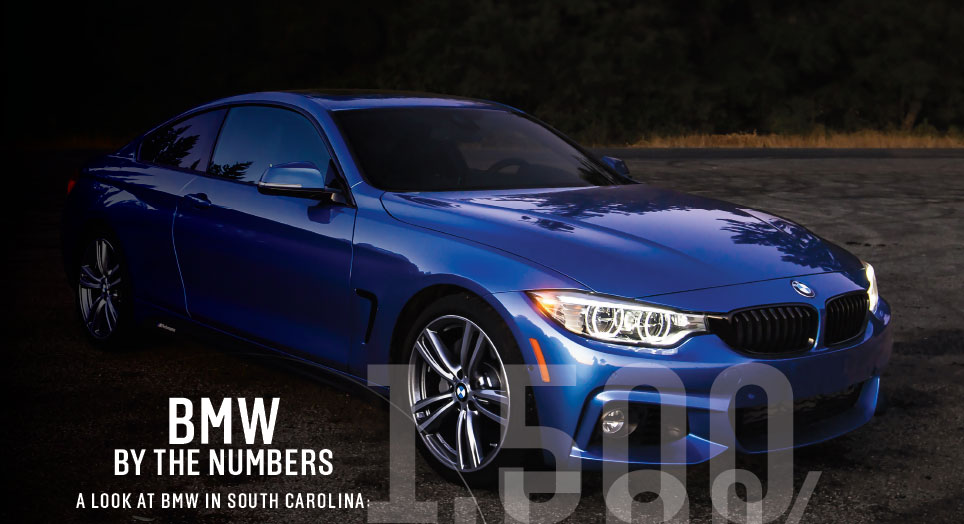 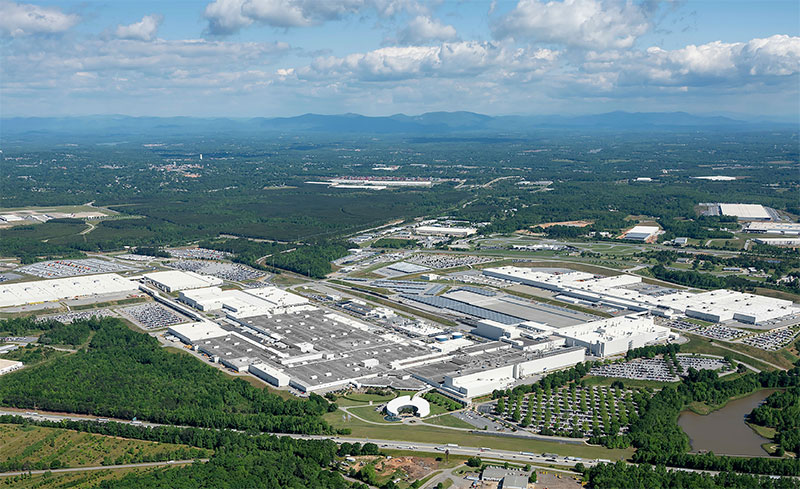