Salt and its partner, pepper, are ubiquitous; they’ve got a spot on practically every table in America. But rarely do we think about where that salt comes from. 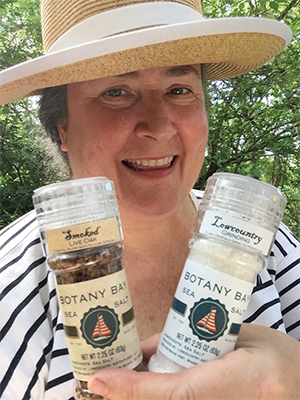 Her Botany Bay Sea Salt is made from all-natural salt she produces on a friend’s plantation on Wadmalow Island, just south of the Holy City. It’s a one-woman show: She harvests the flaky salt from three enclosed greenhouse ponds, labels the jars and containers, and then sells them at the Charleston Farmers Market and on her Facebook page, Botany Bay Carolina Sea Salt.

Booker, South Carolina’s first sea salt maker since the Civil War, was the first in the state to receive a “verification registration certificate” in 2012 from the S.C. Department of Agriculture that ensures her product’s safety.

“I’m not trying to compete with Morton’s; I’m trying to do something natural, local and something with historic value,” the College of Charleston graduate said.

The process begins by transporting salt water from nearby rivers and creeks and the ocean, filtering it and feeding it into shallow food-grade solar salt ponds. The water slowly evaporates in the Carolina wind and sun, and sodium chloride salt crystals are formed. A quick rinse removes residual minerals like magnesium and potassium, but it doesn’t affect the texture or flavor of the salt.

“Basically, it’s a natural evaporation process,” said Booker, who is developing a water distillation technique in her spare time. “The water starts out at about 3 percent salinity, and then it becomes more concentrated as it evaporates. It has to reach a certain salinity, a very high salinity. Then the salt crystals grow.”

She does not grind the crystals when she packages her salt for market.

“Compared to Morton’s or more industrialized salt, mine is flaky through a natural process,” she said. “For thousands of years it was natural solar evaporation, called an open pan process, but modern salt is done in a vacuum pan process. Mine can be damp, but it doesn’t clump, and it won’t come out in a salt shaker. All of my salt is sold exactly as it was made.” 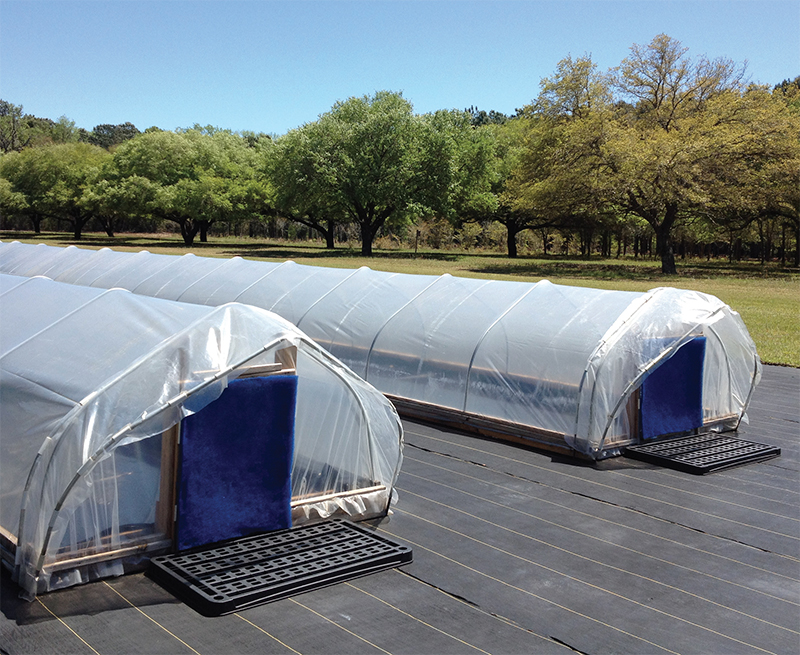 She sells two products: flaky-textured white shavings encased in containers for $8 to $10 and a brown live oak-smoked salt that’s blended with pecan and hickory and sold in jars for $14 to $16. The containers come with a grinder attached at the top, while jars come with a small serving spoon attached. Each bears a custom-designed label.

“My goal is to make a really nice flaky salt that’s really pleasing to eat and a little bit crunchy,” Booker said. “A lot of the sea salt you get on the market today, especially from the big makers, are using chemicals to try to make a flaky salt. They use crystal modifying agents.”

The business is a happy ending to a not-so-happy time: Booker was laid off from her corporate job at a large shipping company in Shanghai, China, in 2010 during the Great Recession. She wasn’t sure what she wanted to do next — she just knew that she wanted to be an entrepreneur. So she applied for and was accepted into a program for like-minded peers. But she still didn’t know what business plan to develop. 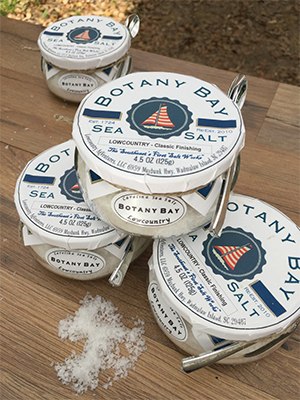 As fate would have it, she was kayaking by herself in Botany Bay Wildlife Preserve in 2011 and realized she forgot to bring salt for dinner at the campfire. So she scooped up some salt water, boiled it and enjoyed the pure briny salt — and found her future.

“I was deciding what my business plan would be,” she said. “I could make salt. There’s nobody else in the state who was doing it.”

Diligent research, an intrepid business spirit and a relentless pursuit of a new dream led her to South Carolina regulatory health officials to get their approval. State officials were understandably clueless.

The first to produce sea salt in South Carolina was French Huguenot colonist William Mellichamp, who harvested salt from the sea in 1724 at Botany Bay. He met resistance from other merchants because salt was a luxury commodity back then and a financial backbone in trade with England. But he persevered and founded a salt-producing business. That perseverance resonated with Booker, who spent 18 months dealing with the state to establish the safety of her salt.

“It’s a kindred spirit (with Mellichamp),” she said. “We don’t think about how important salt is in our history.”

In the end, she’s happy it all worked out.

“This is the perfect thing for me,” Booker said. “I absolutely love very aspect of it.”