All painstakingly burned into untreated pine by artists at Fire & Pine, a small Ridgeland company whose reach extends far beyond the Lowcountry.

For Ryan Martz, owner of Fire & Pine, turning maps into works of art is a natural evolution of his success in the craft world. He got his start in 2009 photographing natural and architectural elements that resembled letters of the alphabet. He thought people might buy them to spell out their names or other words, and to give them as gifts at weddings, birthdays and baby showers. 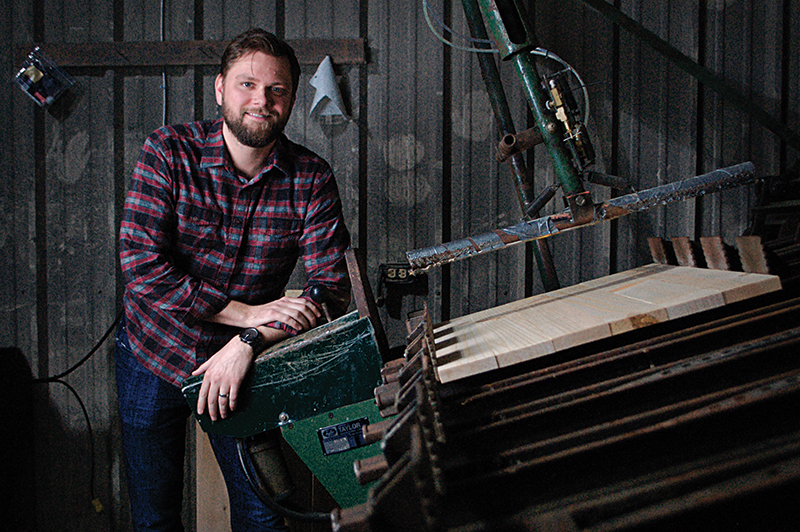 He had a few months before he started law school, so he moved to Hilton Head Island, rented a kiosk in Coligny Plaza and started Best Gift Idea Ever. And, to his surprise, it really turned out to be the best idea ever. Law school was quickly put on hold.

Several years later, when other companies began making similar products, Martz knew he needed to come up with another idea.

TURNING MAPS INTO WORKS OF ART IS A NATURAL EVOLUTION OF HIS SUCCESS IN THE CRAFT WORLD.

And so Fire & Pine was born.

“We purchased this giant industrial laser to create displays and racks for our storefronts and thought ‘What else can we do with it?’” Martz said. 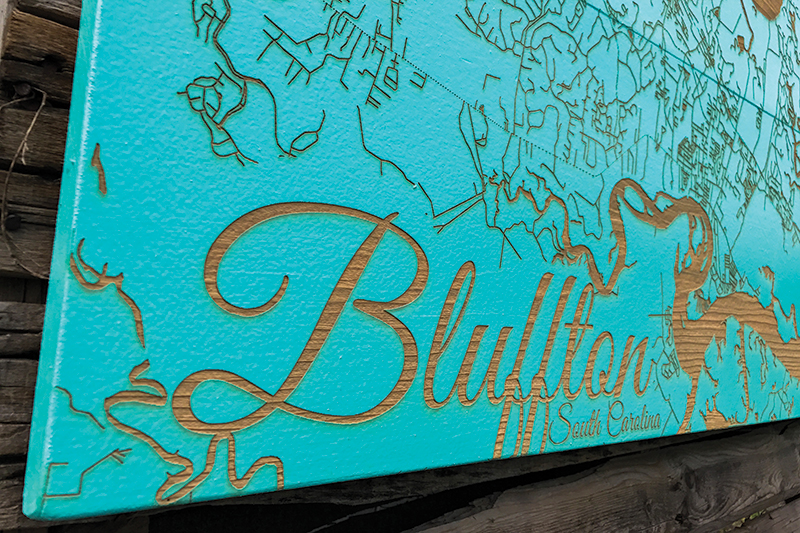 “I think my favorite thing about this job is that every day brings a different project. We’re always thinking about what’s next and designing something from scratch,” Lanzel said. “At some point we decided to use the laser engraver to create a map of Hilton Head Island and it kept evolving from there.”

Fire & Pine made its official debut at the 2017 Bluffton Village Festival. It was a hit. 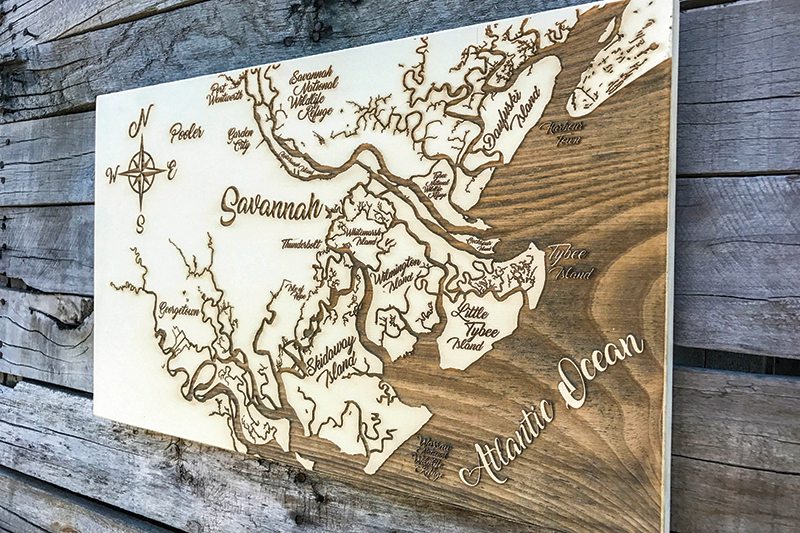 In its first year, the company went from producing approximately 75 pieces a week to more than 1,200. In addition to online sales, Fire & Pine now has stores in Savannah; Charleston; Gatlinburg, Tennesee; and St. Augustine, Florida. It employs 50 people.

Customers can choose from Fire & Pine’s collection of more than 700 designs or work with the in-house team to create a custom piece.

And sometimes, the team’s best work is a happy accident. 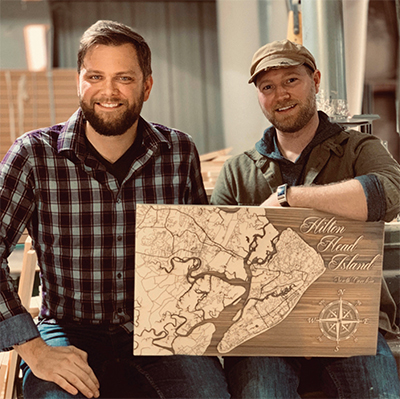 The Fire & Pine team recently took a large historical map of Florida, installed a shadowbox around it and covered it in a layer of epoxy, intending to build a coffee table. But it turned out to be “one of the coolest looking statement pieces for someone’s wall and it sold in no time,” Lanzel said.

In January, the team took its work on the road, heading to AmericasMart in Atlanta, one of the largest permanent wholesale trade centers in the world.

There, Fire & Pine picked up 64 new accounts, including an Ace Hardware franchise in Tennessee with nine storefronts, a winery in the Finger Lakes and a high-end boutique in the Hamptons. That brought its total number of retail accounts to 82 nationwide, plus online sales.

“We were so busy we couldn’t even sit down. We quickly realized we needed more hands and had to call another employee to help out,” Martz said. “We didn’t even have time to eat lunch until the last day.” 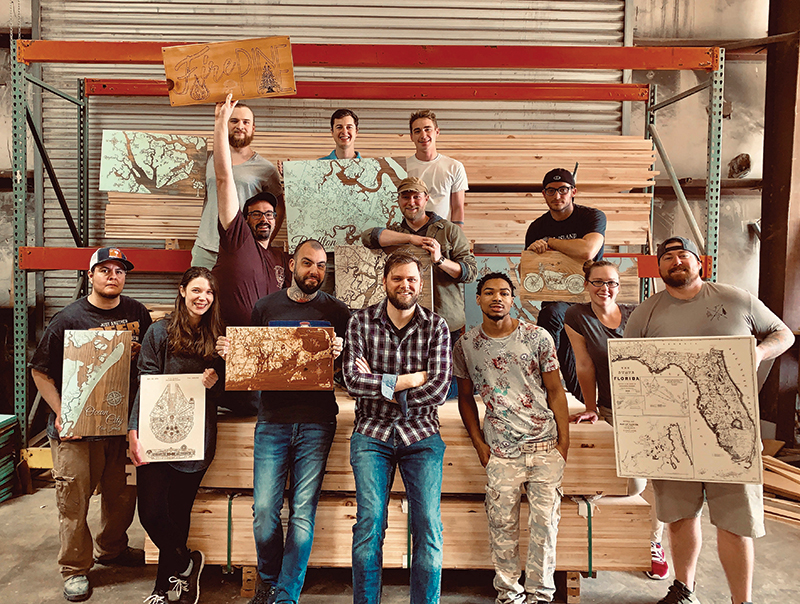 Fire & Pine is based out of a 15,000-square-foot warehouse on Short Cut Road in Ridgeland. To see its work, check out décor hanging at The Pearl Kitchen & Bar and Local Pie, both in Bluffton; Mia’s Harbour at Shelter Cove Towne Centre; and River Dog Brewing Co. in Ridgeland. For more information, go to www.fireandpine.com.