In 2009, Boeing opened an assembly and delivery facility in North Charleston — the second in the country to produce the company’s 787 Dreamliner. The move to South Carolina was part of Boeing’s strategy to diversify geographically; its only other Dreamliner facility is in Everett, Washington. Boeing got a warm welcome in the Palmetto State.

“State and local governments, elected officials, business leaders, community and education/training institutions were all extremely supportive, and there was a capable, available and motivated workforce,” said Libba Holland, media relations specialist for Boeing.

In 2014, the North Charleston campus expanded to include the Boeing Research & Technology Center, which focuses on advanced manufacturing technology and composite fuselage manufacturing; and Propulsion South Carolina, where the company designs and assembles engine parts. The growth has been a boon to the local economy, similar to the boost seen in South Carolina after BMW opened its car plant here in 1994. Boeing is now one of the largest employers in the Charleston region, with more than 6,800 employees and contractors. 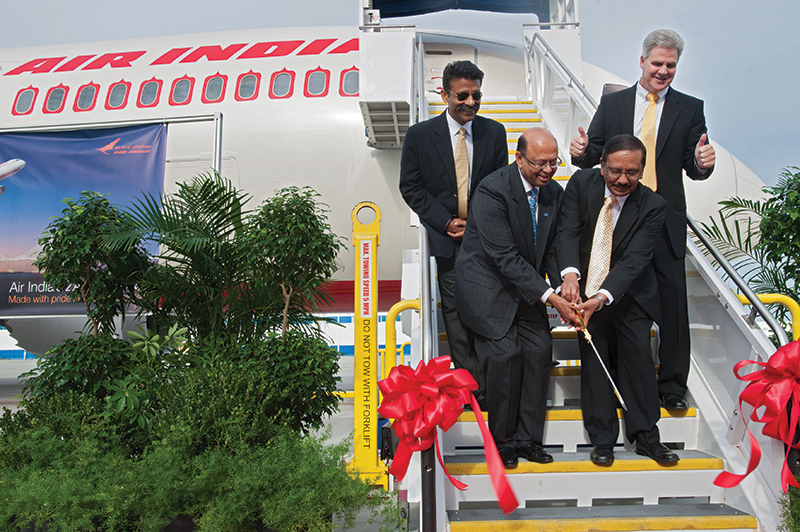 And though smaller airlines recently have reported financial troubles, Boeing predicts nothing but smooth flying. The aerospace giant estimates that the demand for commercial airlines will increase exponentially in the coming decades, spurred by a predicted increase in middle-class population growth. Boeing expects 43,000 aircraft will be needed in the worldwide market within the next 20 years — and the manufacturer is working hard to keep pace with demand.

Boeing’s shares were up 1.35 percent to $354.85 in a recent earnings report, and it reported third-quarter net income of $2.36 billion, or $4.07 on a per-share basis and $3.58 after being adjusted for one-time gains. The results exceeded Wall Street expectations of $3.47, with revenue for the quarter topping the forecast of $24 billion — the final revenue totaling to $25.15 billion. Boeing’s total plane backlog grew to $491 billion, including more than 5,800 commercial aircraft valued at $413 billion.

While Boeing’s success is good news for South Carolina’s economy, there is some controversy in North Charleston: Boeing has accused the International Association of Machinists and Aerospace Workers of running a shadowy campaign to entice workers to sign union cards. IAM has refuted this claim, and in May, line mechanics voted 104 to 65 to join the union. Boeing is attempting to get the results struck down as illegal.

“Boeing believes that the micro-unit petition filed by the IAM to represent our flight line teammates is prohibited by federal law,” Holland said. “We’re continuously working on making Boeing South Carolina a place where teammates have a voice and speak for themselves without having to rely on a third party to do that for them.”

Regardless of the union negotiations, Boeing’s success bodes well for both its employees and South Carolina. Having the aerospace giant set up shop in South Carolina puts the state on the map as a major player in the industry — and it could lead to bigger and better things. For example, Boeing is working with NASA to build the largest rocket in NASA history, and workers may be needed to keep production on track. Existing delays mean the company will likely miss the launch window of December 2019 to June 2020 for its planned Exploration Mission-1, the first flight of the SLS and Orion spacecraft, but NASA is optimistic about the unmanned EM-1 mission slated to take place by 2020. 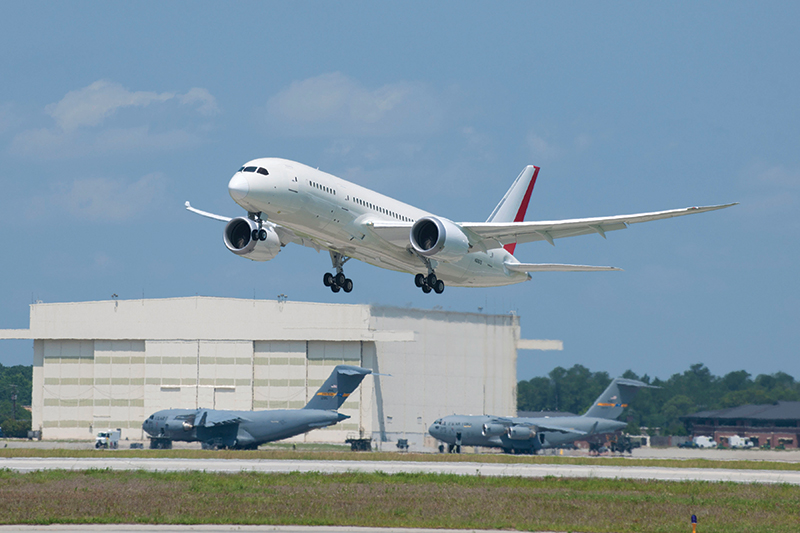