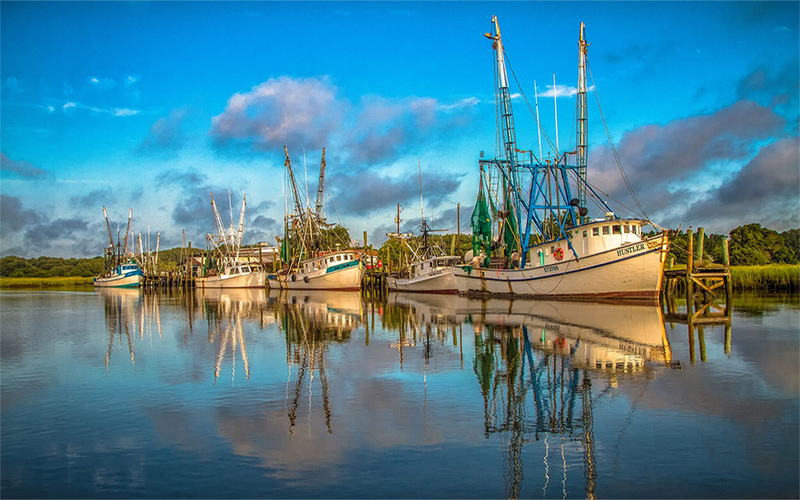 Some say commercial shrimping in Beaufort County will disappear eventually, but Larry Toomer believes that the combination of an evolving market and creative local solutions could save the business that’s in his blood.

“I get satisfaction from figuring out where they are,” he said. “I love the feeling of ‘Got you!’”

For decades, Toomer’s family has been in the business of catching and selling local shrimp. These days, his 75-foot trawler, “Daddy’s Girls,” is one of only a few large shrimp boats left in the area.

No one would have predicted the demise of this iconic Lowcountry industry just a few decades ago, when docks would fill up with trawlers each morning before dawn.

Now, only a few boats leave from commercial docks, including those at Bluffton Oyster Co., Benny Hudson’s Seafood On Hilton Head Island, Gay Fish Co. on St. Helena Island and 11th Street in the town of Port Royal. 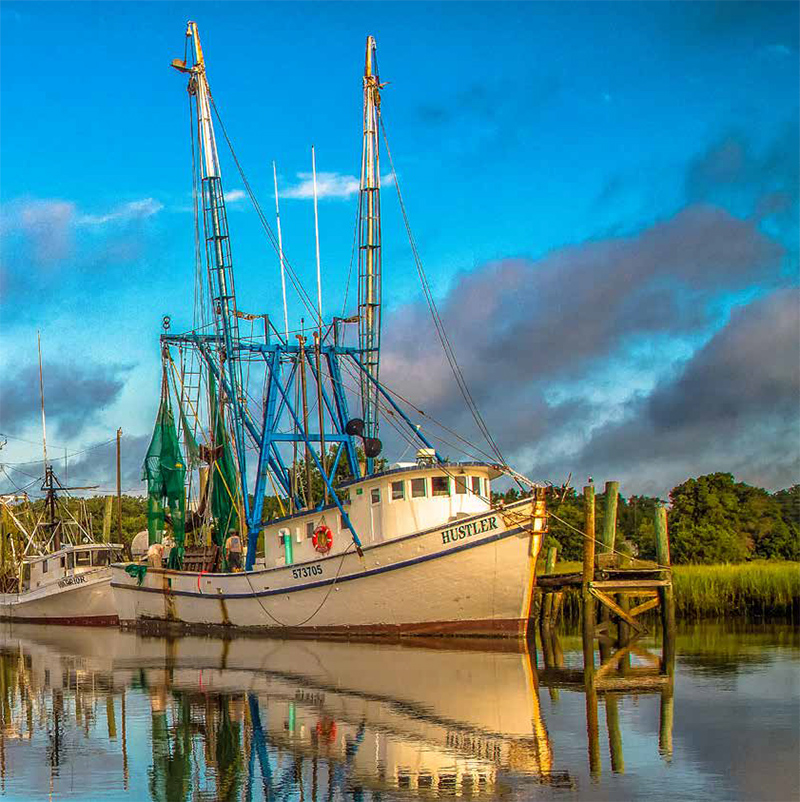 The problem, Toomer said, isn't that there are fewer shrimp off the South Carolina coast. And it isn't that demand for shrimp is down. In fact, shrimp is the most popular seafood in America, according to the National Oceanic and Atmospheric Association.

Rather, foreign shrimp have flooded the market and driven down prices. Most shrimp eaten in America today come from farms in Asia rather than U.S. waters. The competition from imported shrimp has led many local shrimpers to hang up their nets.

“It costs more to do business in the U.S.,” Toomer said, citing the high costs of fuel, boat repairs and labor.

Seasonality and weather always have created fiscal inconsistencies shrimpers cannot control, but shrimpers are getting out of the business because it’s not as profitable as it used to be.

MOST OF MY CUSTOMERS LIVE HERE AND BUY FROM ME BECAUSE THEY WANT TO KNOW WHAT THEY’RE GETTING. 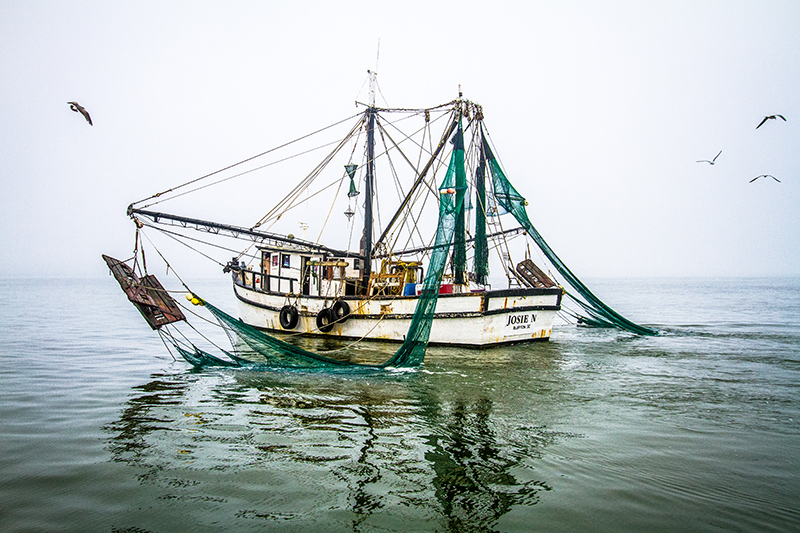 The number of trawler boat licenses issued in the state is about one-fourth what is was in the 1980s, with only a little more than 400 issued this year, the South Carolina Department of Natural Resources reports. Instead, more shrimpers are using smaller boats.

Toomer is one of a lucky few who are still doing well. The farm-to-table movement, driven by consumers who want to know where their food comes from — and want it to be fresh and hyper-local — is benefitting him.

“Most of my customers live here and buy from me because they want to know what they’re getting,” he said.

Unlike many local shrimpers who sell their catches right off the dock, Toomer owns his own retail outlet, Bluffton Oyster Co., where he processes and sells shrimp that he and other local shrimpers catch. 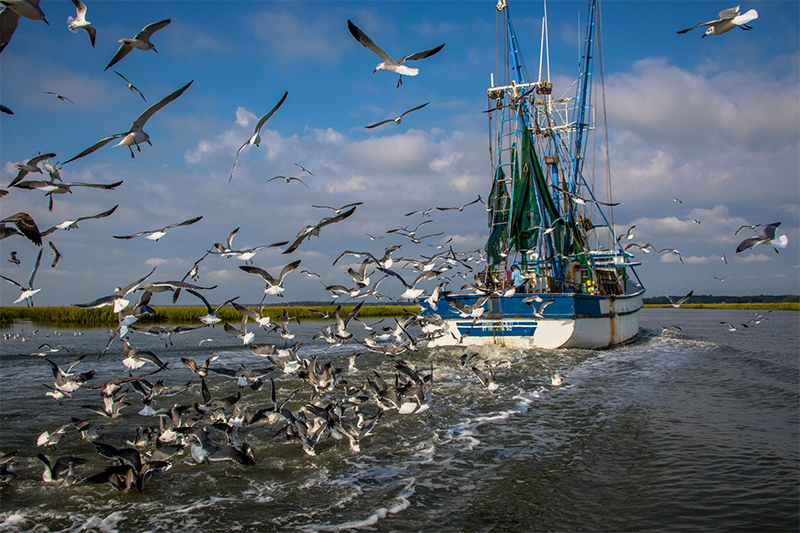 “I rarely wholesale any shrimp,” he said.

The Toomer family also serves Lowcountry shrimp at the family’s restaurant, The Bluffton Seafood House, and freezes some to be served year-round.

Toomer believes that the survival of the local shrimp industry depends on bigger sales and new ways to make local seafood profitable. He would like to see the construction of a processing and frozen storage facility nearby, which would help local shrimpers get better prices for their catches and help them earn a steadier year-round income. Fresh, chemical-free shrimp expire quickly, so they must be sold quickly. A shrimp processing facility that washes, processes, packages and freezes shrimp would give local shrimpers more control, Toomer says.

He has spoken with Port Royal officials about this idea, and “they were interested,” Toomer said. The town took over daily operations of the 11th Street shrimp dock —which is owned by the S.C. State Ports Authority — in 2009, in an attempt to keep a vestige of the coastal shrimping industry anchored there. 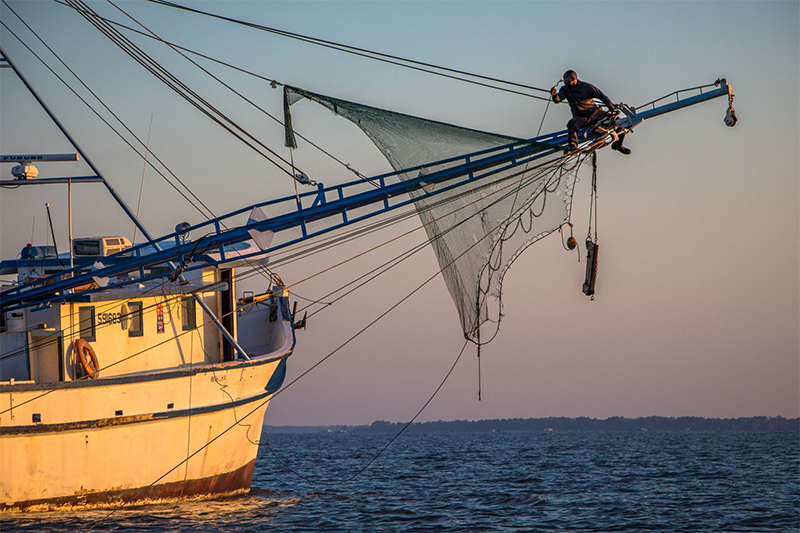 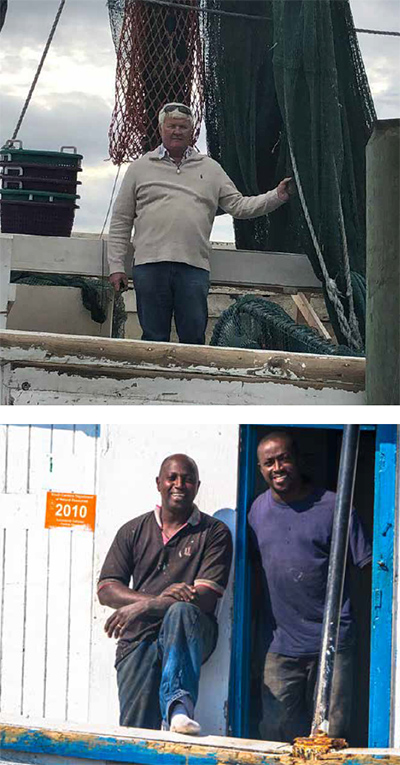 The role of local restaurants

Much of the shrimp served in local restaurants is farmed-raised in Vietnam, Thailand and China or caught in the Gulf of Mexico.

The seasonal nature of shrimping means that even restaurants that want to serve local shrimp often can’t get it — or they are unwilling to pay the going rate. The price of wild local shrimp can fluctuate up to about $14 per pound, depending on shrimp size, scarcity and if they come head-on or head-off. That’s more than imported shrimp cost, but those in the shrimp business point to local catches’ superior taste and lobster-like texture. Fresh, wild shrimp from South Carolina waters are a delicacy.

In addition to getting a delicious product, people who buy local shrimp are helping to preserve an important part of the Lowcountry’s history, Toomer said.

“Shrimping has provided jobs and food,” he said. “It has been a huge part of our local economy.”

Shrimp are America's most valuable and most popular seafood. Brown and white shrimp — two different species — live in the waters off Beaufort County. The fall white shrimp season typically produces the largest catch, starting in August and peaking in September and October. The season usually lasts through December and sometimes into January.

Beaufort-based professional photographer Eric Horan leads small group boat tours that explore salt marshes and follow shrimp trawlers. Participants can photograph the iconic boats and the seabirds and dolphins that are attracted to them. For more information: www.horanphoto.com.