After 25 years of working around the country as a photojournalist, Matthew Bernhardt became a boat captain in the Lowcountry. But five years into his second career — albeit a seasonal one — Bernhardt went through a divorce, and the brother who enticed him to become a boat captain died. These dramatic life changes set Bernhardt on another career direction, one that took him to the Technical College of the Lowcountry.

Today, after earning an associate degree in general technology, 50-year-old Bernhardt averages $20-$25 an hour on projects as a draftsman for engineering and architectural firms in the Lowcountry. He says the rate is close to what he made as a boat captain, but his new career offers more stability than his previous jobs.

And the general technology program is just one of many offered by TCL, including courses meant to train students for some of today’s highest-paying careers. Not surprisingly, jobs in the health and technology fields pay the most, but many graduates also launch financially rewarding vocational careers. Others transfer to four-year universities after saving a little bit of money by starting their college careers at TCL, where tuition averages just over $1,100 a semester with South Carolina Lottery Tuition Assistance. Classes are offered on campuses in Beaufort, Bluffton and Hampton, as well as online. 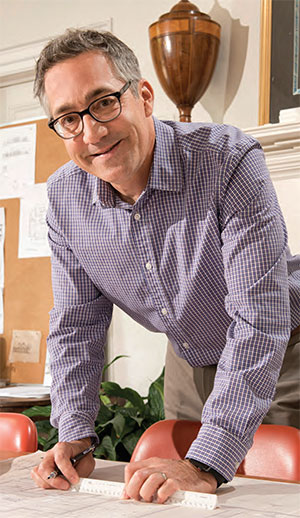 “The mission is to prepare students to go onto four-year (schools) or right into the work force,” said Leigh Copeland, TCL’s assistant vice president for marketing and public relations.

The Lowcountry’s unemployment rate stood at 2.7 percent in May, according to S.C. Works Online Services, a workforce development database. Because much of the area’s economy is tied to tourism, the occupations projected by S.C. Works to have the highest annual average openings between now and 2024 are in the service industries: salesperson, wait staff, cashier; landscape and groundskeeper, food preparation.

But many of the jobs students study for at TCL are also in demand. For example, based on job openings advertised online in the Lowcountry, S.C. Works lists healthcare practitioners and technical operations as the most sought-after professionals in the area.

When they enter the workforce, TCL graduates may find that Lowcountry salaries are slightly lower than the state average, according to S.C. Works: $21.95 an hour versus $19.28. The average annual salary in the state is $45,656, compared to $40,092 in the Lowcountry.

After graduation, 94 percent of TCL alums either go on to four-year colleges or enter the workforce.

“The vast majority of our career program graduates will go into the workforce locally,” Copeland said.

TCL’s roots go back to 1868, when The Mather School was founded in Beaufort to educate the daughters of former slaves. The state took over the property in 1968 and transformed the school into a community college. 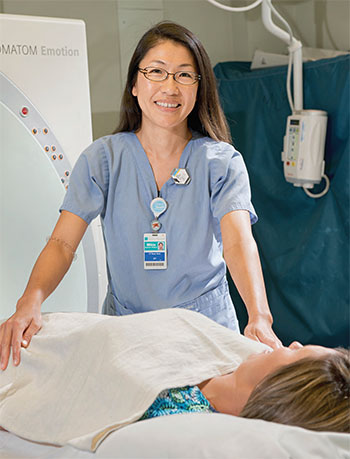 The school now prepares students from all ages and walks of life for a variety of jobs and vocations. Mikie Bertholf, a 2009 graduate with a degree in radiologic technology, said TCL connected her with local hospitals while she was still in school.

“The hospitals around the community took us in and helped us grow, not just as good technologists, but also as a good citizens in the community,” said Bertholf, who is a computed tomography technologist at Beaufort Memorial Hospital.

After graduation, Bertholf worked as a needs-based employee, making about $19.50 an hour. She became a registered CT technologist in 2012 while pursuing her online bachelor’s degree in radiologic sciences. She now works full-time — 36 hours a week — and  makes about $23 hour. She is contemplating getting a master’s degree in business and has an eye toward moving into management.

Bertholf, 40, started TCL when she was in her late 20s and the mother of a 6-month-old daughter. Her husband was also in school. She wasn’t much different than many TCL students — the average age is between 27 and 28.

Richard Sanders, 68, worked full time as a general maintenance technician at The Westin Hilton Head Island Resort & Spa while attending TCL. His goal was to get the training he needed to gain more job responsibilities, specifically in heating and air conditioning. After graduating in 2016 with an associate degree in general technology, his salary increased somewhat, but the skills he gained were more important, he said. The degree not only gave him a chance for more job responsibilities at The Westin, but also opportunities to do work for other businesses.

Having classmates with real-world experience was a benefit that he did not expect when he started at TCL, said Sanders, who has a physics degree and previously had a long career as a science teacher.

“It is a unique environment where you can use your fellow students  as well as your professors,” said Sanders, who also does part-time HVAC work for Hilton Head Christian Academy.

Sanders said he sees his associate degree as an insurance policy in the event of an economic slump in a region dependent on leisure and tourism. “What happens if there is a down cycle?” he asked. “Now, with tools to work on HVAC, there is always something I can do.”

Technical College of the Lowcountry offers more than 80 degree programs and certificate courses for professions that are in demand today and will be in the future. Here are a few examples of those programs, and the average salary they command in South Carolina:

Source: South Carolina annual mean wages, according to 2015 reports from the U.S. Bureau of Labor Statistics.