Recently, we have all been reading about redevelopment plans for Hilton Head Island and that has spawned many topics of conversation on the cocktail circuit.

The debate rages over traffic coming on and off the island, traffic on the south end of Hilton Head between Sea Pines Circle and Coligny Park, not to mention the development of the University of South Carolina Beaufort campus on Office Park Road. Now add the most recent suggestion that the town construct an arts campus costing as much as $65 million. This is a mix that even boggles the mind of the most creative among us.

To set the stage for a piece about where we — and our visitors — go from here, I thought it instructive to do an inventory of Hilton Head Island: 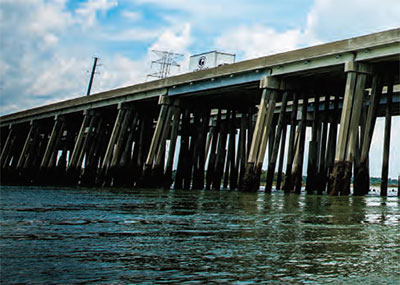 Let’s start with the obvious: the 17,000 rental units would not be producing property tax income for the city.  Accommodations tax, or a-tax, would be a term that local citizens would be unfamiliar with.  A city of 40,000 would likely not have a symphony, a chorale society, a repertory theater nor an arts center. An excellent dining experience might just be limited to the McDonald’s, Burger King or Chick-fil-A, and, of course, the town wouldn’t have the traffic.

Those of you who are regular readers know that old Elihu has some hot buttons. I bristle at those who came to Hilton Head first as visitors and now want to blow up the bridge so they can enjoy their peace and quiet. It makes me crazy when I hear people say that what we are today isn’t what Charles Fraser had in mind. Not because they aren’t telling the truth, but because they are exactly right. A long time ago, as a graduate student studying urban planning, I examined the new development concepts being pursued by Fraser and the Sea Pines Company.  Clearly, Fraser was the CVO, or chief vision officer, of the Sea Pines Company.  He demonstrated to all that the residential and commercial planned development could coexist with the natural beauty that was Hilton Head Island. It was my understanding that the original development of Hilton Head was based, in part, on the premise that sensible and environmentally sound development would attract the best and brightest to come first vacation here and then settle down to live here later in life.

Charles and Joe Fraser, along with their band of Ivy League architects and planners, knew that their dream would never be fully complete because good planning never ends. It is a continuous process of adapting to changes that are happening in the world around us, while always embracing the core values of the community.

Hilton Head Island is what it is based on a fragile balance between those of us who live here and those of us who vacation here.  We need visionary leadership that can sort out the competing interests and continue to evolve our town as the early Island pioneers had in mind.  We live in a special place on this earth that needs to be protected, but it also needs to be nurtured. We need to set our standards high and then shoot higher.