Over the past month I have become quite the road warrior, traveling between time zones and experiencing cultures and cuisines I would have never expected. One of my destinations was Havana, Cuba, where I had the opportunity to visit the University of Havana and meet with local economist, urban planners and educators. As I climbed on the plane to fly from Tampa to Havana, I had great expectations for what my journey had in store, but I couldn’t even imagine what I found. You see, Havana was frozen in time on Dec. 31, 1959, when Fidel Castro seized power in the Cuban Revolution.

In the United States, we have all seen pictures of the 1950s-era cars, many lust over access to Cuban cigars and rum, and we imagine a nation of people repressed by an authoritative government. Since 1959, Cuba has only had two leaders, Fidel and Raul Castro, both fiercely believing that socialism and a classless society was the Cuban answer to social order. 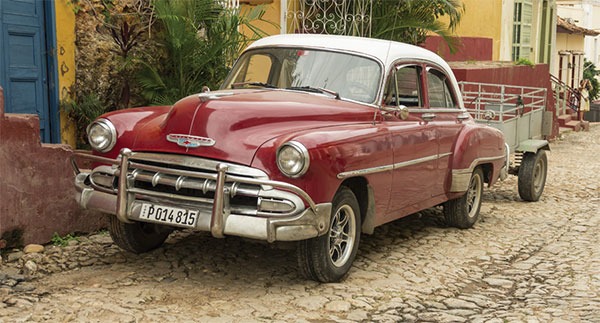 Fidel Castro developed health issues in 2006 and temporarily transferred power to his brother, Raul, who has set out to introduce some free enterprise opportunities to his countrymen. Remember that Cuba is an island country of 11.5 million people, most of them born after 1959. This population only knows an economy that is state owned and controlled, giving them limited exposure to outside influence.

Let me remind everyone that Cuba is our third closest neighbor, after Canada and Mexico, and sits just 90 miles off the coast of Florida. It is also the largest landmass in the Caribbean region, so strategically Cuba should be important to the United States. The Cuban people represent natural trading partners and should be great customers for U.S. goods and services. 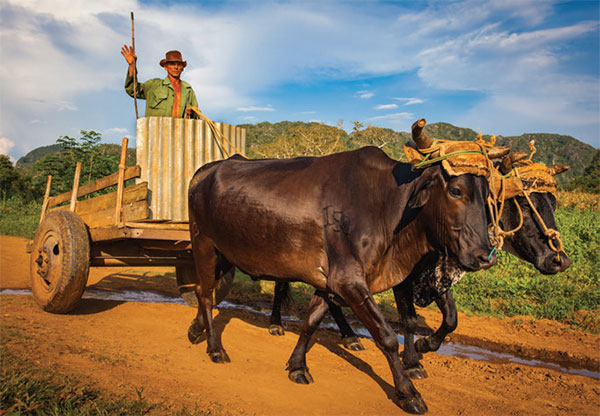 With the Cuban Revolution and the subsequent trade embargo, also known as “The Blockade,” the opportunity for economic engagement has been severely limited. Fast forward to June 30, 2015, and the announcement by the Obama administration that the U.S. will be re-establishing diplomatic relations with Cuba and reopening our mutual embassies. While this decision has been widely praised, it also certainly has its critics. After my visit, I am on the side of opening our doors — and our wallets — to our neighbors, and the next few paragraphs will explain why.

First, as was mentioned earlier, Raul Castro has opened the door ever so slightly to the idea of “free enterprise.” Cubans can now open restaurants, often in their homes and known as “paladares,” and supplement their state-supplied income with “profits” from these eateries. Vintage cars can now be used as taxis to shuttle both native Cubans and tourists around Havana. Interestingly, since only three in 10 Cubans own their own vehicles, the “private/public” transportation system is a critical part of the city’s transportation infrastructure. 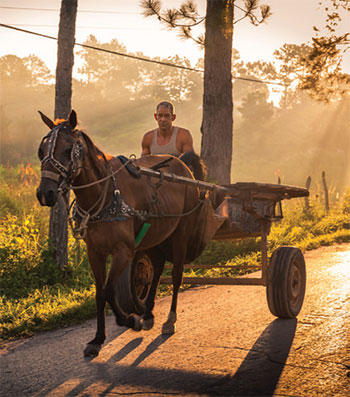 Farmers are now permitted to farm on state-owned land for personal profit. We were told that Cuban farmers must sell 90 percent of what they produce to the state, but they routinely keep 30 percent for themselves. Now you do the math on that. Finally, there is a brisk business in bed-and-breakfast lodging as tourism from Latin America, Europe and Canada have driven demand for hotel rooms beyond what is available through foreign-operated but state-owned tourist hotels. This experiment with “free enterprise capitalism,” although Cuba would never call it that, is a fierce engine driving the Cuban economy today.

Second, in the next 24 months we will see a massive shift in power within the Cuban government. One of the significant changes introduced by Raul Castro when he was elected chairman of the Cuban Communist Party was his announcement that he would retire at the end of his term and that term limits would be imposed on others in the Cuban government. A new generation of Cuban leaders will take over in 2018, and while still dedicated to the Cuban form of socialism, they recognize that the world around them is continuing to change and Cubans need to participate in that change. Even today, Cuban’s youth is beginning to gain access to the internet and, as we have seen in other parts of the world, that in itself will cause change. The U.S. can be viewed as a partner in these changes or as a continued adversary. Don’t you think, purely on the basis of geographic proximity, “partner” is a better option? 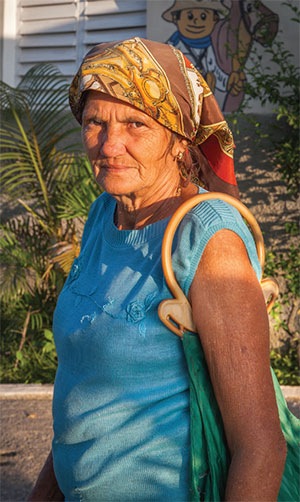 Third, Cuba represents a wonderful opportunity for American businesses. The Cuban infrastructure is in shambles. Productivity on a per capita basis is among the lowest in the world as there is limited access to technology developed after 1959. Fields are still being plowed using oxen instead of tractors. The Cuban people are proud of what they do well in providing health care, education and basic housing and food to their fellow citizens. While they view life differently than we do, they aspire to be an equal partner in advancing their economy forward.

American businesses have a geographic leg up when it comes to moving Cuba into the 21st century. And while the Castro brothers will forever refuse a handout, the Cuban people would relish a hand up. So what does all this have to do with Hilton Head Island and South Carolina? Hopefully these comments and observations will help to inform and influence an open mind as our relationship with Cuba is debated during the presidential election. The potential positives for both of our economies are significant.