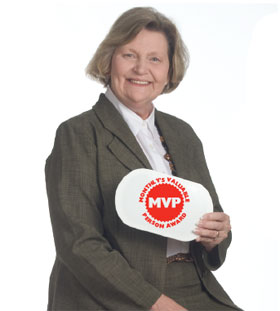 Clarece Walker, president and CEO of United Way of the Lowcountry, was born to lend a helping hand.

“I think I might have been destined for this,” she said of her 30-plus-year career with the national organization whose mission is to improve lives by mobilizing communities.

The United Way’s credo is “Live United.” Raised in Maiden, N.C., Walker experienced that lifestyle before she even knew what the United Way was. “It was the kind of place you grew up knowing everyone and taking responsibility for helping your neighbors,” she said. “I remember my sister and I going through our toys and clothes to donate to other kids who could use them.”

Even the way Walker got her first name was an indication she’d spend her career serving others. “My dad was wounded in World War II, and when he was in the hospital, his nurse was named Clarece,” she said.

Walker earned a bachelor’s degree in social work from Sacred Heart College, a master’s degree in social work from the University of North Carolina, and a second master’s in business administration from Queens College in Charlotte, N.C. As a stay-at-home mother of three and a Junior League volunteer in Gastonia, N.C., she often came into contact with the United Way. “That’s really when I became enthralled with the power of people coming together around a cause,” she said.

Walker joined the United Way starting in the mid-1970s. Since then, she has worked for its organizations in three communities. She, her husband, Ron, and their 100-pound Labrador, Brinkley, moved to Beaufort in 1994. Walker became president of United Way of the Lowcountry the same year.

It’s a big job: United Way of the Lowcountry’s focus is providing long-lasting solutions for nutrition, health, shelter, education and income, and it does so by working with countless like-minded agencies and individuals. For Walker, that means days starting at 6 a.m., filled with meetings, media, and brainstorming ways to make the nonprofit’s annual fundraising campaign pack a punch. (In 2008, it raised $2,616,400). It’s even more of a challenge now that the economy is su ffering. “It’s hard, but hopefully we’ll be better for it when we come out on the other side,” Walker said.

Seeing the faces of adults and children the United Way has impacted helps motivate Walker during tough times, she said. Not to mention that one of the perks of the position is fun. Highlights of Walker’s career include meeting Kim Peek (the man who inspired the movie “Rain Man”), dining with Frank Sinatra and chatting with George Clooney.

It’s not unusual to see United Way workers and supporters break into song and dance, either. The Lowcountry chapter held a lively local song contest last year, and Live United “dance flash mobs” are also popping up all over the country. Will we see one of those in the Lowcountry soon?

“That would be great,” Walker said. “If people in the community want to boogie down for charity, we’ll be right there with them.”